More
HomeNews"You are of zero value!" Babu Owino attacks Miguna Miguna as he...

“You are of zero value!” Babu Owino attacks Miguna Miguna as he leaves Kenya for Canada 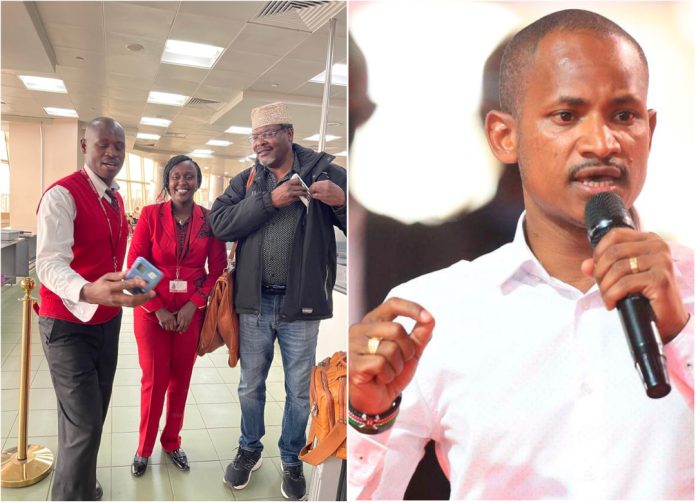 Miguna Miguna has return to Canada after a lukewarm reception in Kenya, on 20 October 2022. Before his departure, Miguna Miguna has told off Kenyans who are asking why he left the country unannounced.

Miguna Miguna has left Kenya for Canada where he spent most of his time in the last 5 years after red alerts were issued against him for his treasonous swearing-in of Hon. Raila Odinga as People’s voting President.

Miguna insists that no one should question his travel saying, “President @WilliamsRuto is in South Korea on a state visit. He has travelled out of Kenya more than 15 times since his inauguration. Please Kenyans, allow General @MigunaMiguna to exercise his rights and travel out and into the country whenever necessary. Freedom is here! Viva!”

For his short-lived visit to his motherland; Miguna Miguna is more than thankful to have been allowed back to connect with his family and have closure on all the events that he missed while in Canada.

“I’m so happy and grateful to have enjoyed the right of coming back home. I’m overwhelmed with joy and gratitude of the support by the government and the people of Kenya.
I’ve experienced acts of kindness from total strangers. KQ boarded me first, before everyone else. A great privilege! An Indian supporter has just upgraded me to first class! Incredible!! We have a great country, with great people. Viva!” He continues.

Kenyans have reacted to the news with many asking him to change. “To you, Dr. Miguna Miguna, a little word. Just be humble and respect others. Stay away from unneeded attacks and yells.” he’s been adviced.

Many others have also said his visit and presence in Kenya had no impact this time.

A majority think, once he lands in Canada, he will go back to attacking Hon. Raila Odinga and the ruling government as usual; overstretching his mandate to rights he has access to as a Kenyan citizen.

Embakasi MP Babu Owino had this to say to Miguna Miguna.

“You are of zero value in kenya,from London go straight to canada.”