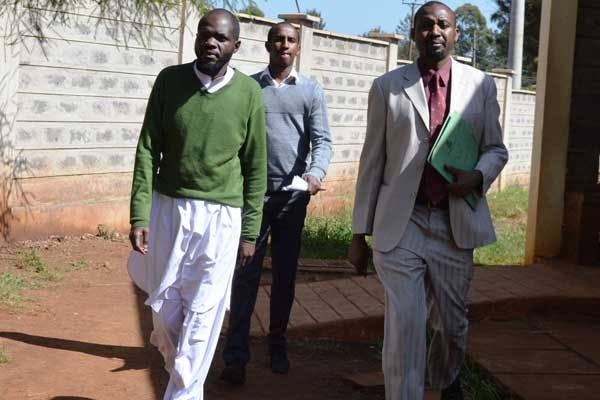 Kenyan journalist Yassin Juma, who is detained in Ethiopia, has tested positive for the novel coronavirus disease (Covid-19).

His Lawyer, Kedir Bullo confirmed on Thursday that samples taken from the former NTV journalist showed that he had contracted the virus.

The Kenyan journalist was arrested in July by the Ethiopian military while he was on call covering protests that came about after popular musician, Hachalu Hundessa was assassinated.

The musician was also an activist for the Oromo ethnic group and was shot dead while he was driving in Adis Ababa that caused the unrest that saw 70 lives lost.

Juma was arrested during the pandemonium and he has been in prison ever since.
He has not been released even though the court ordered his release.

Juma who is a friend with Oromo activist Jawar Mohammed who owns the media house where he’s currently working is facing charges including incitement and involvement in violence.

Reports indicate that Juma was arrested because of his close relationship with the controversial musician, one of few people who have openly criticized Ethiopian Prime Minister Abiy Ahmed’s government.

Jeff Bezos becomes first person to be worth $200 billion

Jeff Bezos founder of Amazon has officially become the first person to be worth over $200 billion. According to Bloomberg's Billionaire Index  Bezos is now...
Read more
- Advertisement -
Court