Millie Odhiambo Is In “Love” With President Kenyatta 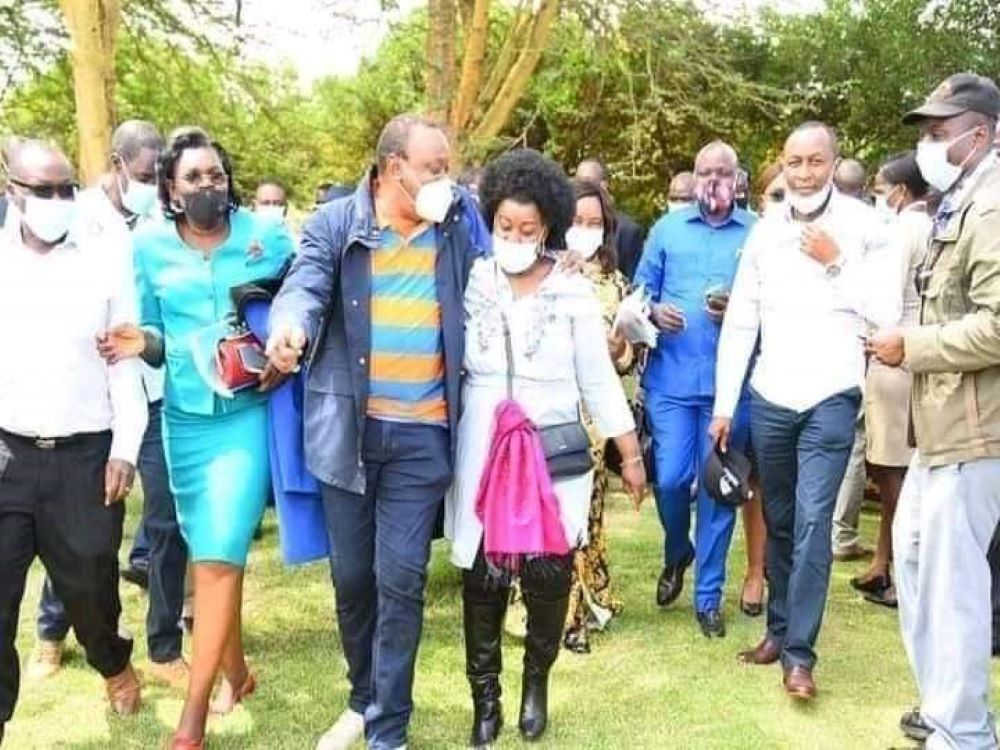 Kenyans took to their social media handles in disbelief after photos of President Kenyatta and Millie Odhiambo embracing one another were shared on Facebook.

The two leaders have been at loggerheads with one another sometimes back before the Opposition leader Raila Odinga joined the handshake. At some point, Millie Odhiambo made some negative remarks about President Kenyatta on the eve to the 2017 elections. As a result, no one thought that the two leaders could see eye to eye.

Today’s pictures of the two hugging each other confirms the common political say that there is no permanent friendship or enmity in the arena of politics. 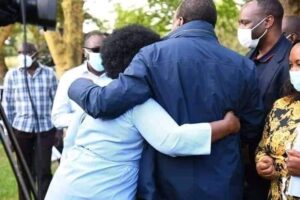 President Uhuru Kenyatta and Former Prime Minister Raila Amollo Odinga are expected to lead a team of 200 parliamentarians from both the Senate and the National Assembly at the Great Rift Lodge, Naivasha County.

The meeting comes amidst protest from leaders allied to the Deputy President William Ruto. The leaders led by Elgeyo Marakwet Senator Kipchumba Murkomen downplayed the meeting because they were not invited to attend it. They termed it as a meeting meant to exclude as opposed to being inclusive. The second in Command was also not invited in the Naivasha retreat.

William Ruto had called for dialogue on the Building Bridges Initiative, a move that was rejected by pro handshake leaders. They rejected Ruto’s proposal terming it “a delaying tactic.”