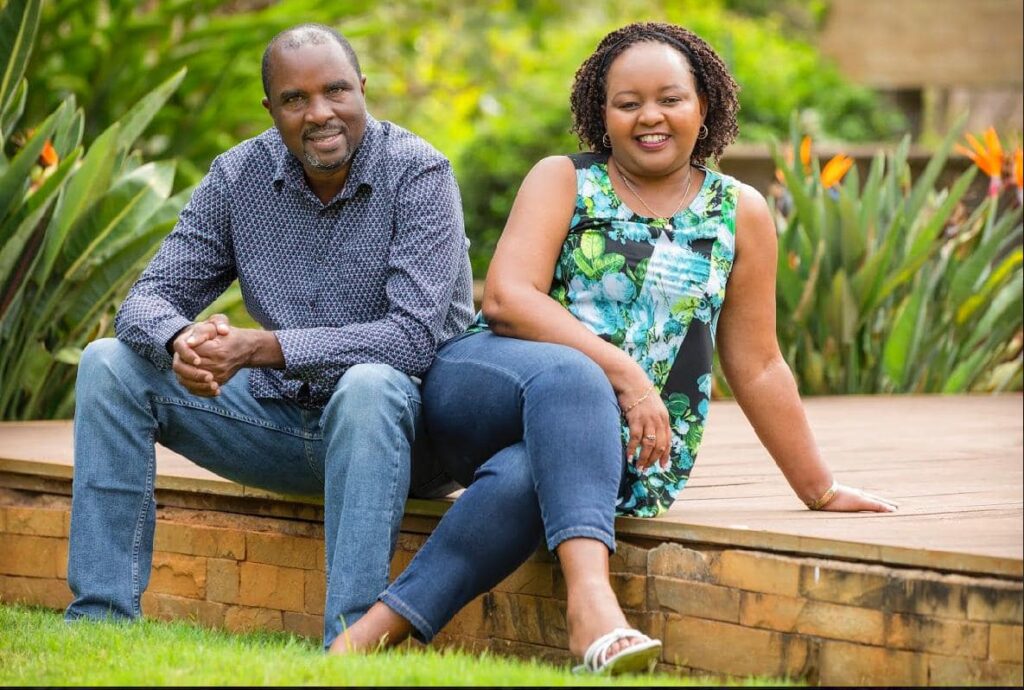 Anne Waiguru and her husband Kamotho Waiganjo live in separate homes despite that fact that the two have been married for two years now.

The Kirinyaga governor got married to lawyer Kamotho Waiganjo in a traditional wedding that was held on July 13th 2019.

The two had previously been married to different spouses with whom they have children with, their marriage brought two families together.

Speaking during an interview with Nation, Waiguru revealed that she enjoys the marriage with her husband despite the fact that they live in separate homes.

The Kirinyaga governor said she still stays in Kihingo village, Kitisuru while her husband lives in Runda.

Waiguru explained that the logistics of merging the two families together is the reasons they opted to live separately.

“Actually the reason we run two homes is the logistics of combining. Every time we start, it is too much work. Think about it, you choose the furniture, let’s start with the living room, whose stays and whose goes? I am attached to silly things and he is attached to his stuff,” said Waiguru.

“Then choose a house. You know this can’t be his house as according to Kikuyu culture, to African culture, he cannot move to my house.”

The Kirinyaga governor further said that her Kitisuru home is more secure that her husband’s Runda home.

“But if you think about my political life, this place is very secure. Even when he travels he feels safer when I am here than when I am in Runda,” said Waiguru.

Waiguru also opened up on how she balances between politics and her private life. She revealed that she has devoted her time to politics during the week and reserved the weekends for her family.

“Sundays are exclusively mine and Kamotho’s. Even the children know that. Saturdays are for the whole family, but Sundays are ours,” said Waiguru.

Related: “My Husband Is More Handsome Than Yours” Waiguru, Ngirici Drag Their husbands Into Their Political Duel