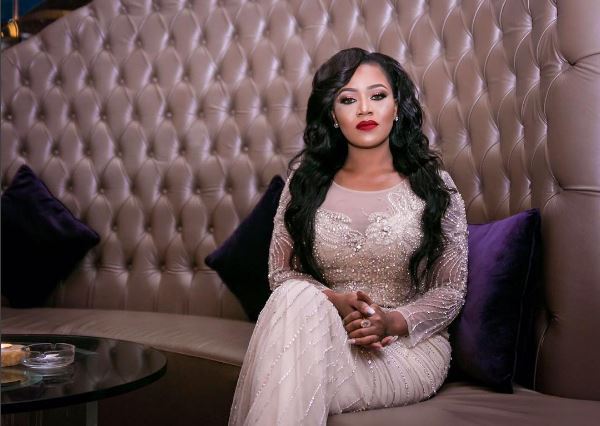 Vera Sidika totally lost her cool after a female critic told her that her son looks like COTU secretary general Francis Atwoli.

The bootyful socialite has been dealing with haters ever since she became socialite, but now the hate is being re-directed to her pregnancy and husband.

Vera got married to Coast-based singer Brown Mauzo in October 2020 and two are soon expecting their first child together.

The socialite revealed the sex of her unborn baby during a gender reveal party in July this year, she has since been updating her fans about her unborn son.

Vera was recently met with a rude comment from a heartless female critics who savagely attacked her unborn son.

The female critic who goes by the name Faith Smarsh on Instagram slid into Vera’s DM to spew hate on her unborn son.

Faith Smarsh harshly told Vera to shut up and give birth to her son whom she referred to a cow that looks like Atwoli.

“Wewe nyamaza na uzae hiyo ng’ombe umebeba inakaa Atwoli uipatie bleaching pills ikuwe nyeupe juu atakaa Atwoli na wewe ni mweusi damu. (You keep quiet and give birth to that cow that looks like Atwoli then give it bleaching pills so that it can be lighter in complexion because it looks like Atwoli and you have dark skin tone),” Faith Smarsh wrote.

Vera totally lost her cool following the harsh comment by Faith Smarsh, she decided to hit back at her critic in a series of posts.

“Lucifer has entered chat. Ata muite my unborn child ng’ombe. Ni wangu!!!! Nothing will ever change that fact. Blocked,” wrote Vera in part. 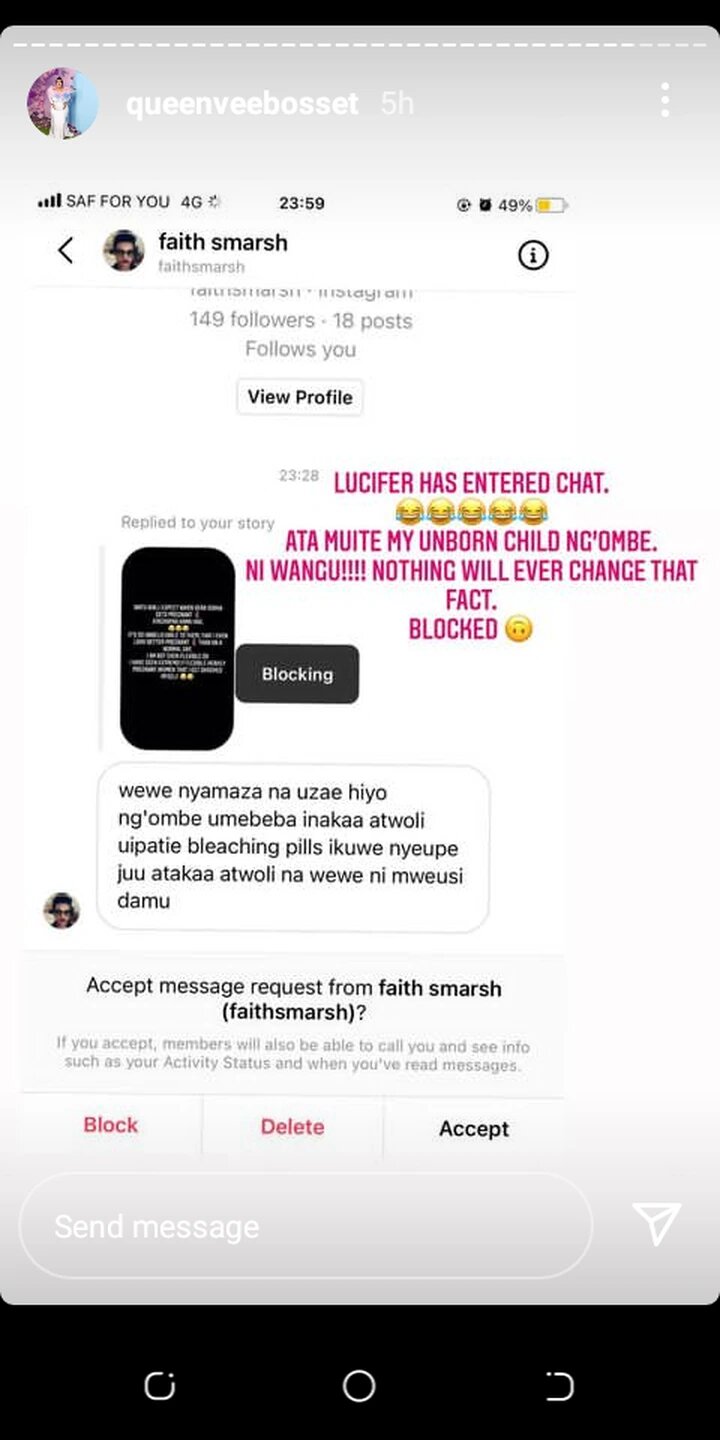 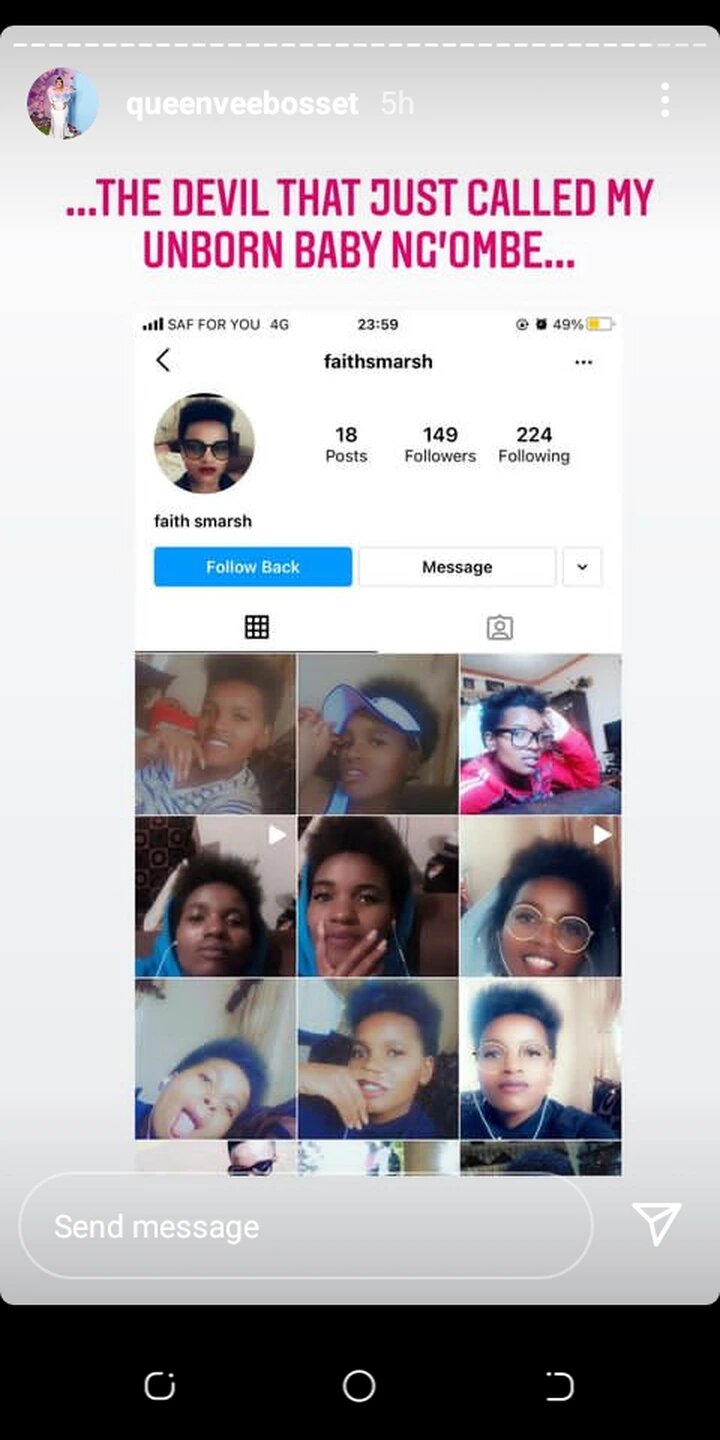 “If you think you have enough reasons to hate,lol. Brace yourself!! There’s soo many reasons coming up for u to hate on. They’re loading. You’ll see them soom LMAOO. Starting with the reality show. You’ll hate & still give us aloooooot of ratings. I love it. Coz it’s haters that always made me richer. They don’t miss a thing. A fan can get busy and follow up on you later, but a hater is always on time!!! Ready & waiting for the slightest thing even a sneeze.” 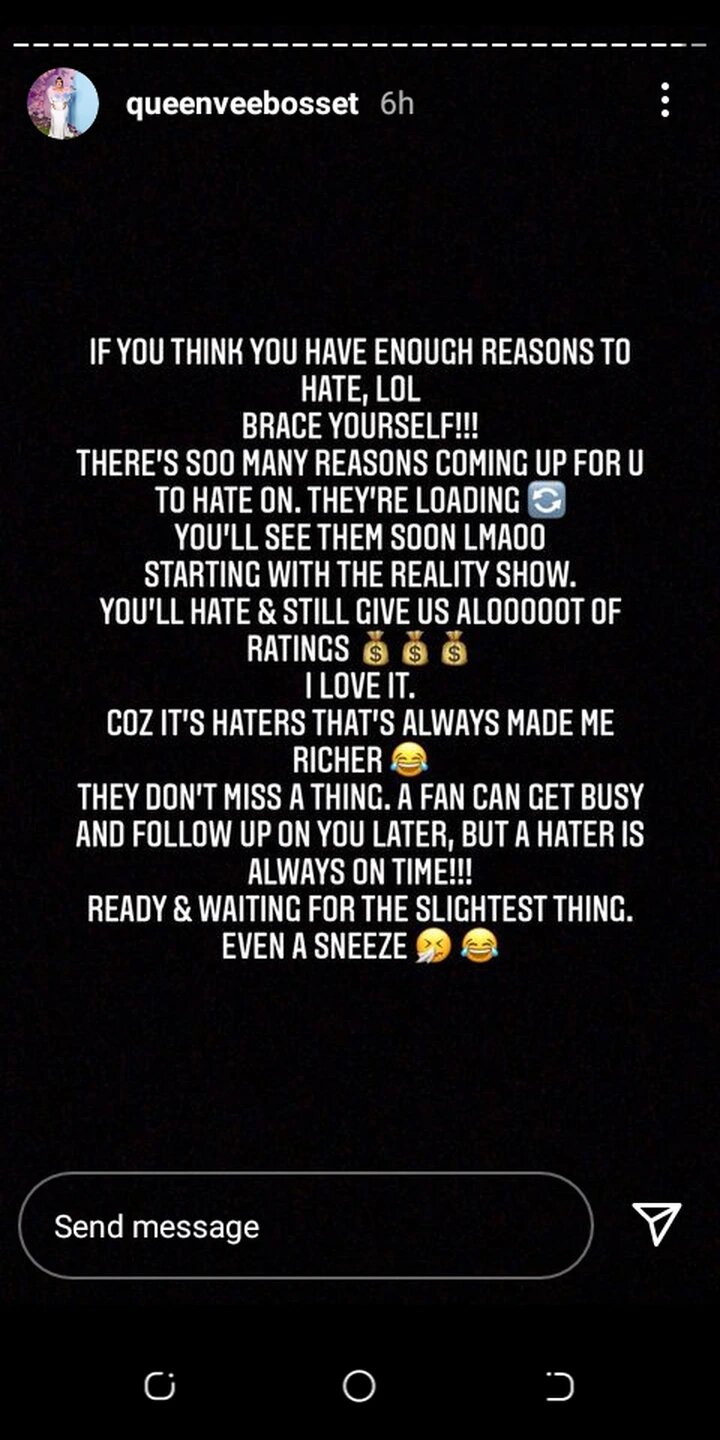 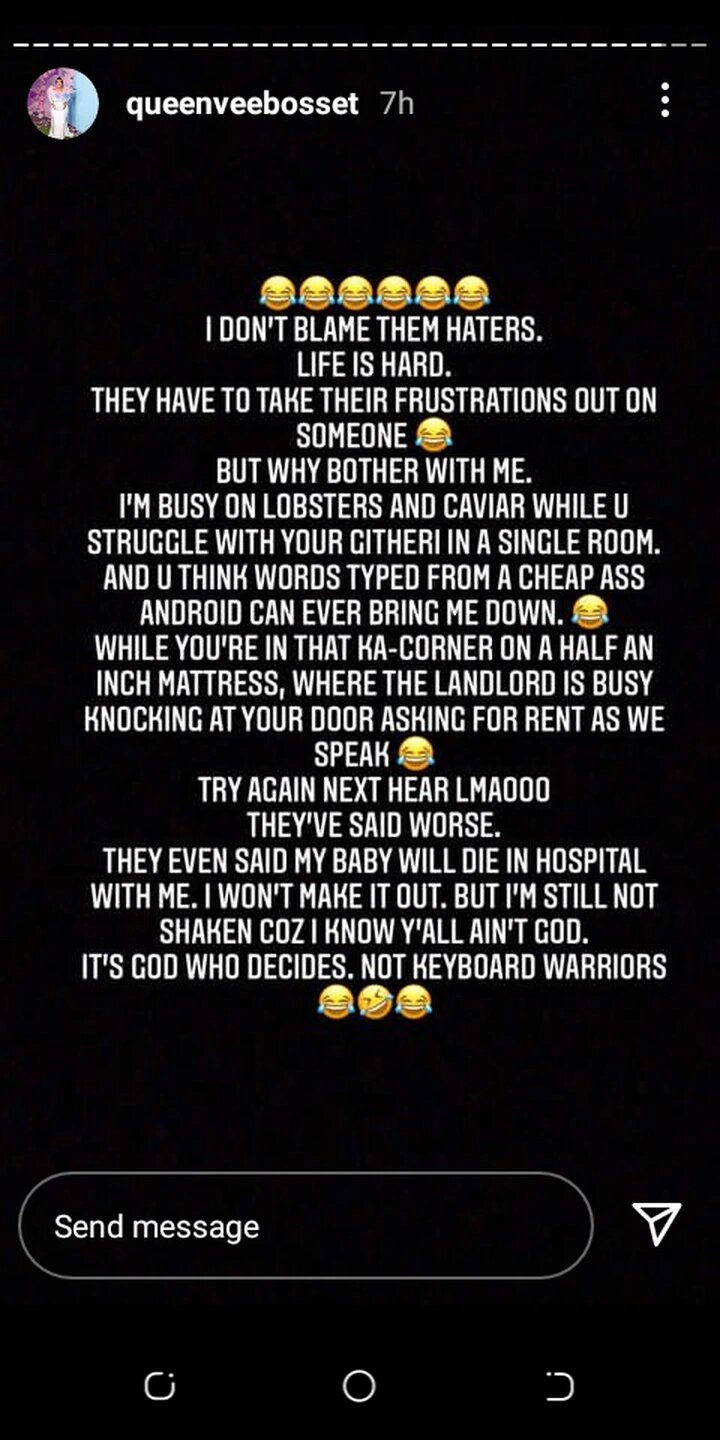 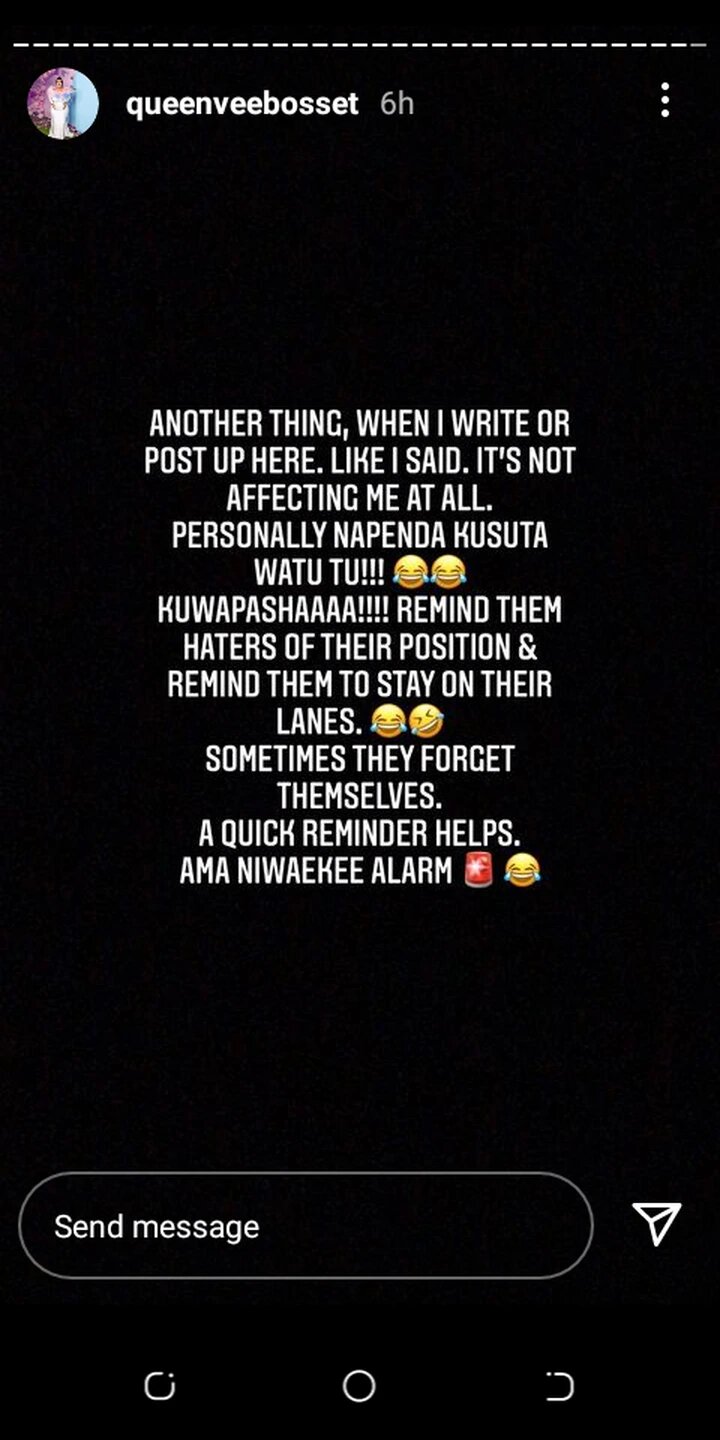 Related: Vera Sidika Angered By Fans Who Want Her To Have A Preterm Baby