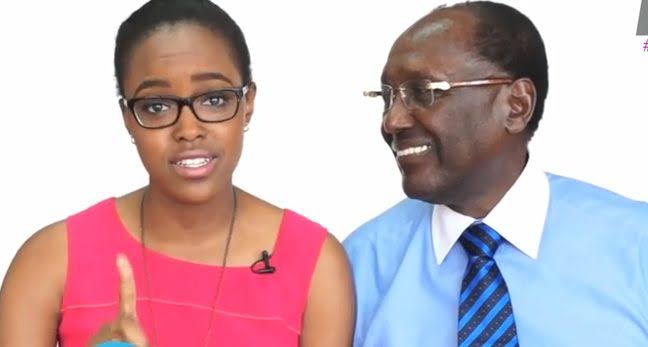 If you ever dine at Olpul- a steakhouse in Two Rivers you must have met a lady occasionally schmoozing with patrons; asking about the wine or the steak or if customers are having a good time. Bright smile, massive wit. That will be the proprietor Mary-Ann Musangi, daughter to businessman Chris Kirubi.

Same as a father, she a businesswoman and entrepreneur based in Nairobi. She is a corporate woman sitting on at least seven boards of publicly traded and private companies including Sidian Bank (formerly known as K-Rep Bank), Haco Tigers Brands, UAP Investment Limited, Woof Advertising $ Marketing, International House Limited, Croydem Limited, and Sheraton Rongai. 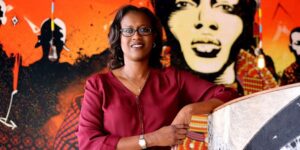 Marry-Anne holds a Bachelor of Arts in International business administration and a Master of Science in management from the University of Survey in the United Kingdom.

In an interview with Business Daily, she describes her mother as “a lovely lady”, “very low key”, “very hardworking”, “loves her kids”. She is now retired.

She views her dad, Christopher Kirubi as a mentor who grew up with nothing but is currently one of Kenya’s most decorated businessmen.

Having started at the age of 23, Mary-Anne has gone ahead to work with various international companies such as Coca-Cola Company, Kenya Commercial Bank, GlaxoSmithKline, and Ogilvy & Mather.

Having worked in the corporate world for 15 years, in 2009 she ventured into her own business and started her own restaurant called “Secret Garden” along Riverside Drive, Nairobi. February 2017, when her dad opened the Two Rivers Mall, she established “Olpul”, an upscale “steakhouse”.

Her father also recently revealed she also the Managing Director of Haco Tigers Brands, a company owned by her dad.

“The work ethic, the stubbornness… (Laughs). My dad is always pushing it. He’s a man who should have retired by now but he will not. Every day he gets to more boards, more organizations, he gets called to other countries to talk about Kenya; the economic environment, the business environment… so he can’t stop, he won’t stop. I don’t think he should. If he still has a lot to give, he should continue giving,” she told Business Daily.

She says one lesson she has learnt from her dad is “You have no excuse to give up”.

“My father was an orphan. He grew up on the streets. Yes, people say he’s proud, but he deserves to be proud considering where he’s reached, from where he came from,” she told the daily.