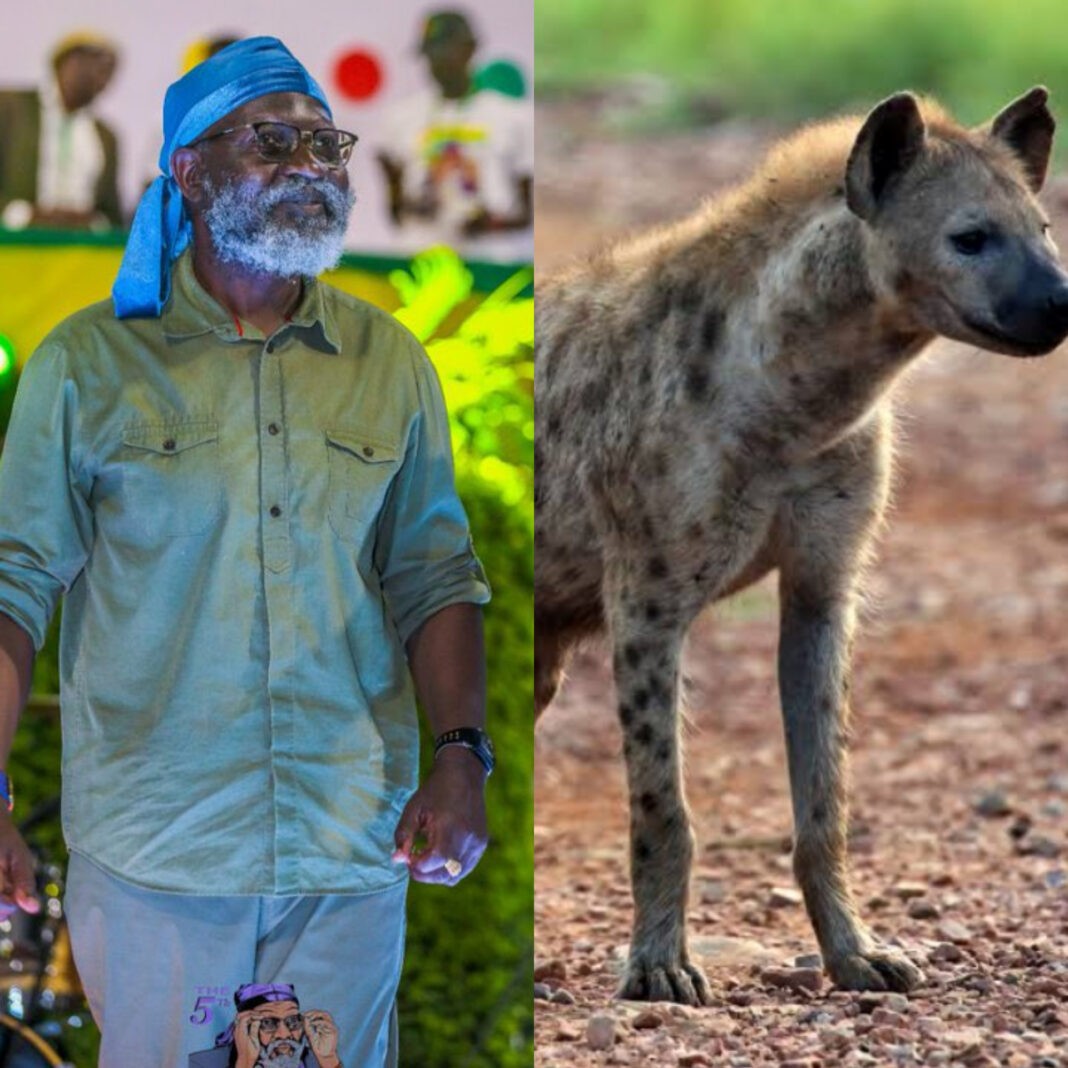 The 2-page manifesto highlighted 10 things that the presidential hopeful will do for the country to take it to the next level if he wins elections on August 9.

One of the weird things on his plan was on hyenas, where he revealed that the hyena’s balls(testicles) are very expensive and they will earn the country some good money if exported to China.

Just hours after the launch and comment on hyena, a video has emerged on social media of a hyena being stoned mercilessly by locals seemingly of the Somali origin judging from their language and dress code.

It is not clear why they descended on the poor animal like that but the source claimed that they were on a mission to implement what Wajackoya claimed.

“In less than 24hrs after Wajackoya manifesto launch, kazi ishaanza the millions are just around our environment,” the twitter user said.

In less than 24hrs after Wajackoya manifesto launch, kazi ishaanza the millions are just around our environment pic.twitter.com/H64WfexGVU