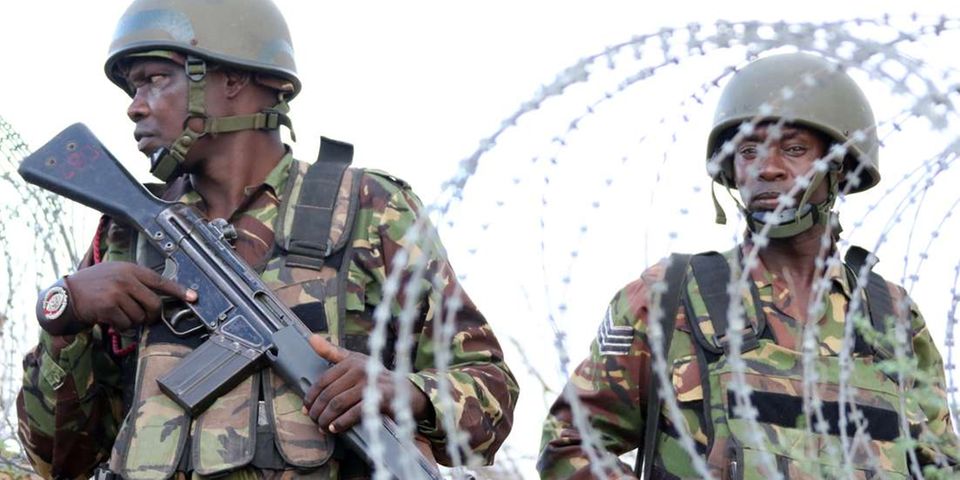 Somali and Kenyan soldiers engaged in a firefight on Saturday at the shared border, local officials and witnesses said after the Kenyan side fired shots to deter Somali demonstrators from approaching.

The incident occurred at the frontier between the Somali town Bula Hawo and Kenya’s Mandera, close to the Kenya Ethiopia border to the north.

Sources said the exchange was triggered after a group of Somali demonstrators angry at the alleged killing of three civilians approached a border post manned by the Kenyan soldiers.

“Kenyan troops opened fire on Somali protesters who closed (in) on their positions along the Bula Hawo border and the Somali troops stationed close to the area responded with heavy fire, this continued for several minutes,” Bula Hawo police officer Mohamed Abdirahman told AFP.

As of the time of reporting, no casualties had been reported from the brief exchange of fire.

Mohamed said the demonstrators believed the three civilians were kidnapped in the border town of El Wak, south of Bula Hawo, had been killed by Kenyan anti-terror police.

An eyewitness Abdifatah Hassan told ATF that the demonstrators “were dispersed with heavy gunfire by the Kenyan troops.”

“The Somali forces close to the area intervened in the situation by engaging (in a) gunfight with the Kenyans.”

A Kenya Security officer confirmed to the publication that “there was gunfire at the border where SNA (Somali National Army) and KDF (Kenya Defence Forces) exchanged gunfire after some incident of protests”.

“The locals on the other side are accusing Kenyan forces of killing three civilians who were not Al-Shabaab,” he added.

On the other hand, the Somali government has not acknowledged the incident.

Over the past few years, the relationship between Mogadishu and Nairobi has deteriorated especially over a political crisis in the semi-autonomous Jubaland region of Somalia.

The government of Somali has declined to acknowledge the contested re-election in August of Jubaland president Ahmed Madobe, Kenya’s political ally.

Somali accuses Kenya of interference in its internal affairs, particularly b supporting Madobe.

Tensions were stoked early this year after a fierce fight broken between Somali and Jubaland troops which also nears Kenya’s Mandera town.