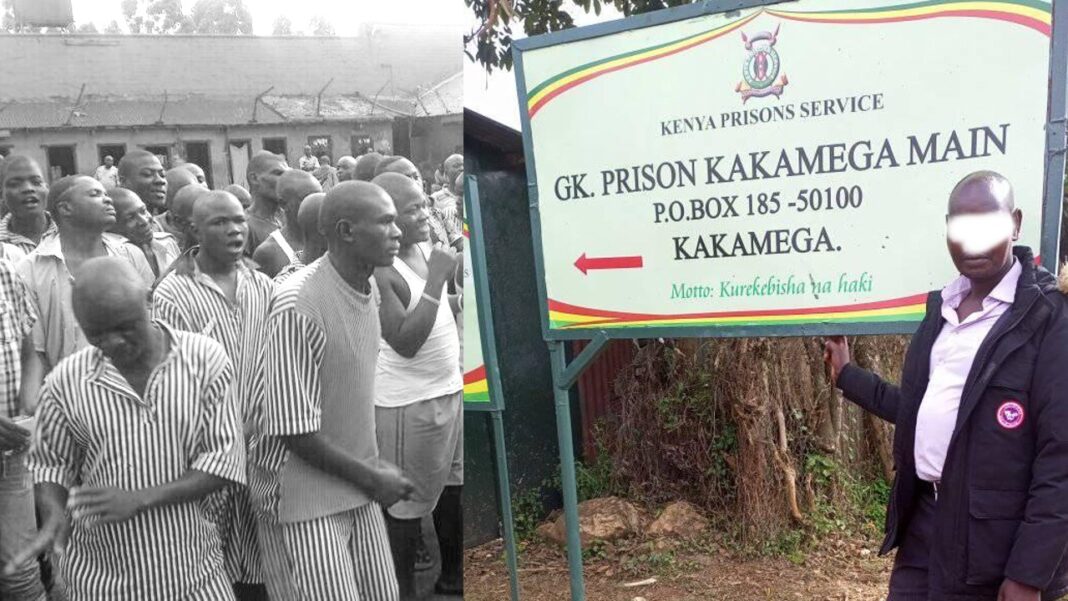 There was drama at the Kakamega Main Prison after an inmate resolved to do the weirdest thing in a bid to protest over being under fed.

According to reports, the inmate applied human faeces all over his body and climbed on the rooftop to protest over being served very little food on Saturday October 16.

After a few hours of protests, the inmate came down from the rooftop following pleas from officers at the correctional facility.

The inmate also complained that the sun had become too hot for him to continue protesting.

According to Japhet Onchiri, the Prison’s Commander, the inmate is being held over charges of robbery with violence and murder.

Else where, police in Murang’a are holding a man who masqueraded as a Safaricom engineer and vandalized telecommunication equipment worth Kshs2 million.

The suspect was arrested after engaging the police in a chase for a few Kilometres.

The police report states that the suspect, Lenny Ng’ang’a, pretended to be on a maintenance mission and gained access to a transmitter station in Murang’a, after convincing the guard to let him in.

“The guard became suspicious of the man’s activities and alerted police officers who immediately rushed to the scene,” part of the police report read.

On realizing that he had been discovered, he jumped into his vehicle and sped off towards Saba Saba.

“After a few kilometers past Saba Saba, the resilient all terrain police machine caught up with the suspect, forcing him to pull over in surrender,” the statement further said.

A search conducted on the suspect’s vehicle led to the discovery of the telecommunication equipment, suspected to have been vandalized elsewhere.