Michelle Ntalami gave a blow by blow account of how Njeri Makena cheated on her with several women, the wife of Sauti Sol singer Bien is said to be among them.

In a number of posts shared through her Instagram page on Monday evening, Michelle Ntalami confessed that she has had difficult times with her lover Makena who has only accumulated multiple partners.

While referring to Njeri as they and them, the social media influencer disclosed that she was forced to bring the matter to the public limelight following online pressure from her followers.

As a result, she accused Njeri Makena of cheating with two women, one who is a popular public figure.

“This year, more and more people began noticing that them and I are interacting less, both online and offline. Wherever I go, I am asked about them and why we are apart, including right here online, which is why I am addressing it on the very same platform,” wrote Ntalami wrote.

“The truth of the matter of why we are no longer together is serial infidelity on their part with multiple partners. Those I suspected and confirmed are two individuals; one a public figure, and the other a less known married woman, a health worker. Eventually, these individuals undoubtedly confirmed the above. I attach screenshots and my responses simply to alleviate denial.”

With regards to how she came across the news of her partner cheating, Michelle Ntalami stated that Makena Njeri’s philandering ways were brought to her attention by observers and friends.

The popular public figure that Njeri Makena cheated with has been said to be Chiki ‘Kuruka’ Onwukwe – the wife of Sauti Sol singer Bien.

According to information gathered by blogger Edgar Obare’s informants, Chiki is bisexual and Bien is cool with that.

Informants told Obare that Chiki and her husband have a mutual understanding in their marriage that allows her to smash other women. 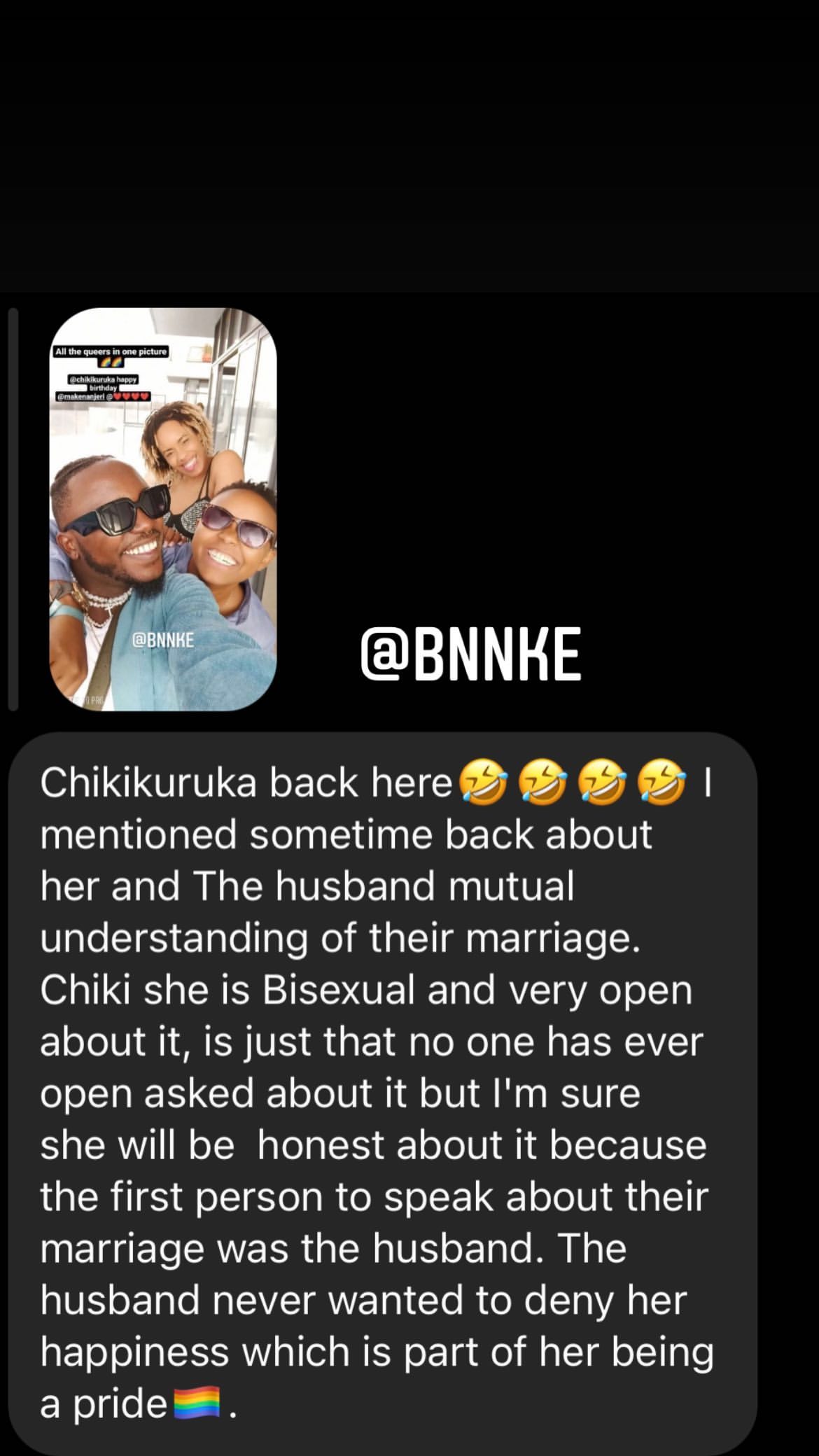 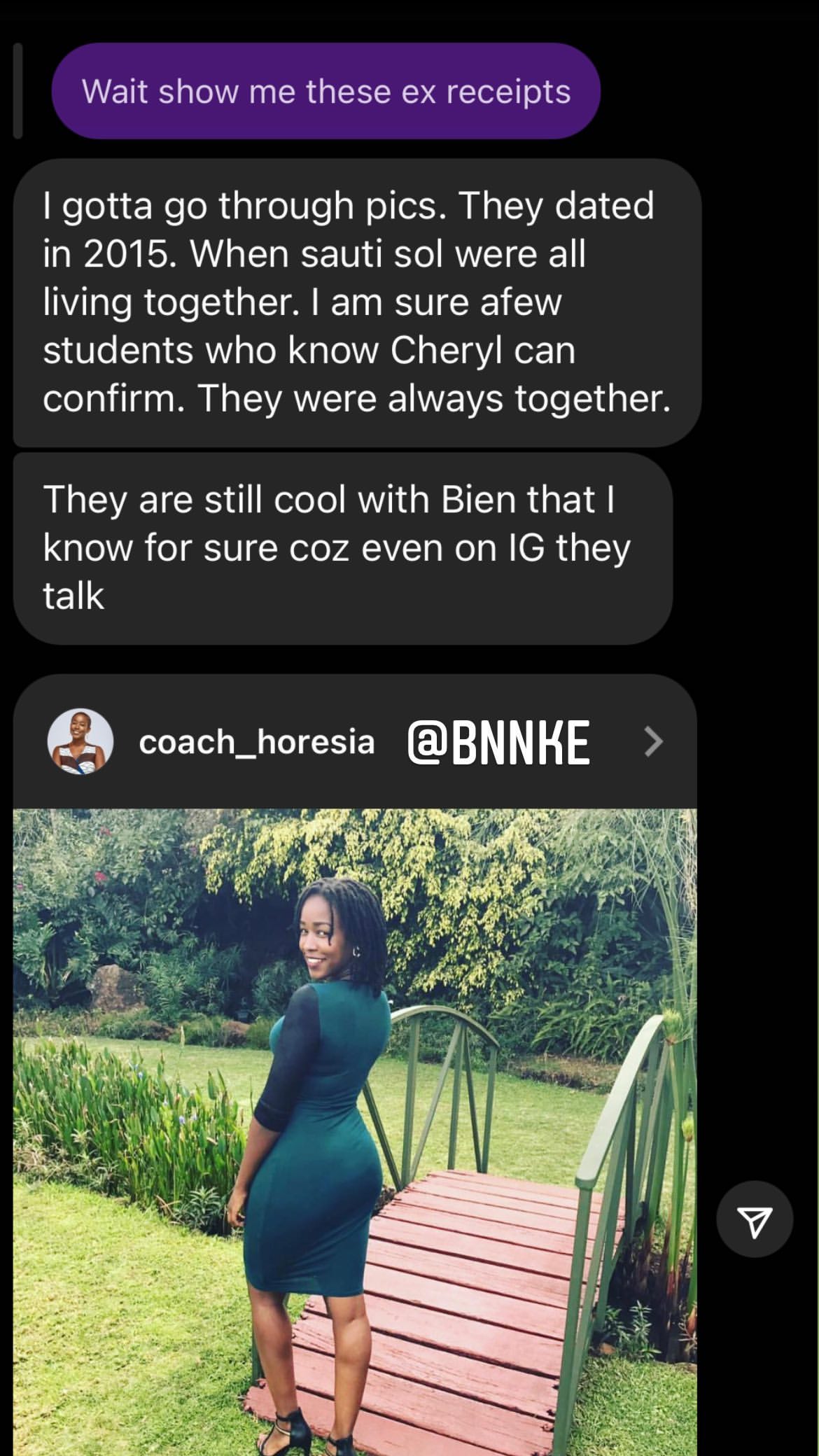 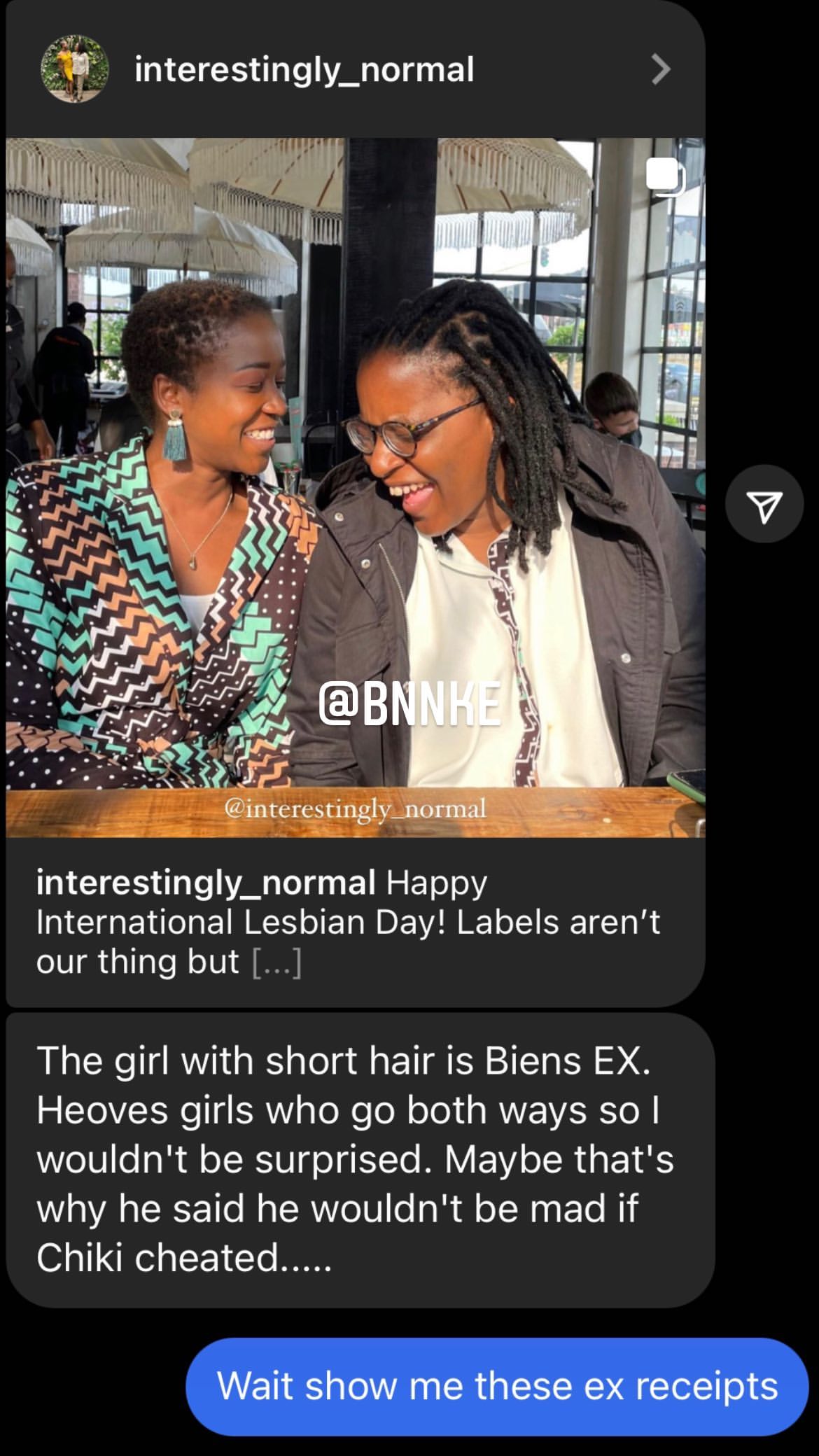 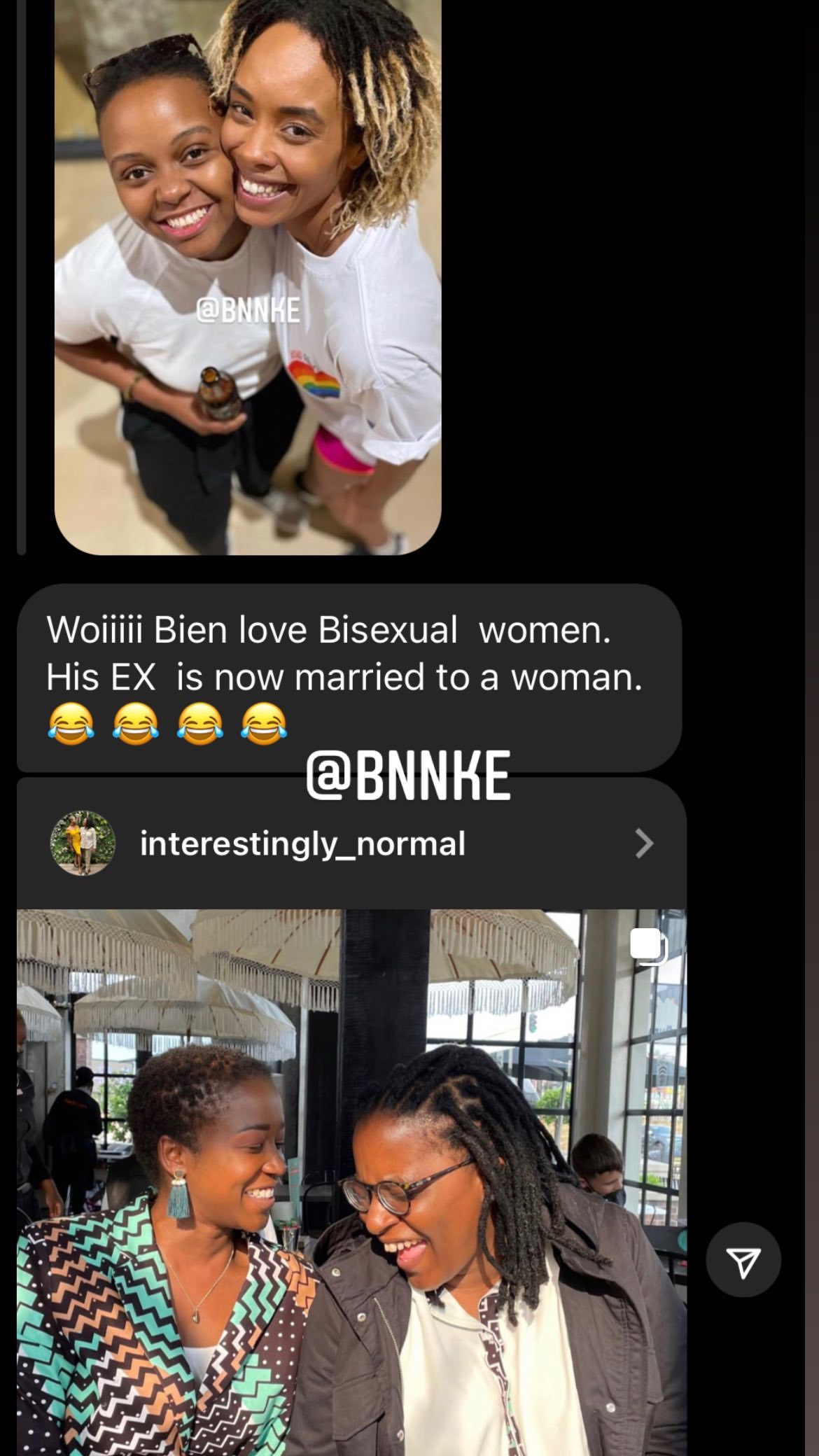 Information about Chiki being a member of lesbian, gay, bisexual, transgender and queer or questioning (LGBTQ+) was confirmed by Sauti Sol’s gay singer Willis Austin Chimano who shared a photo he posed with Chiki and Njeri Makena and captioned it “All the queers in one picture”. 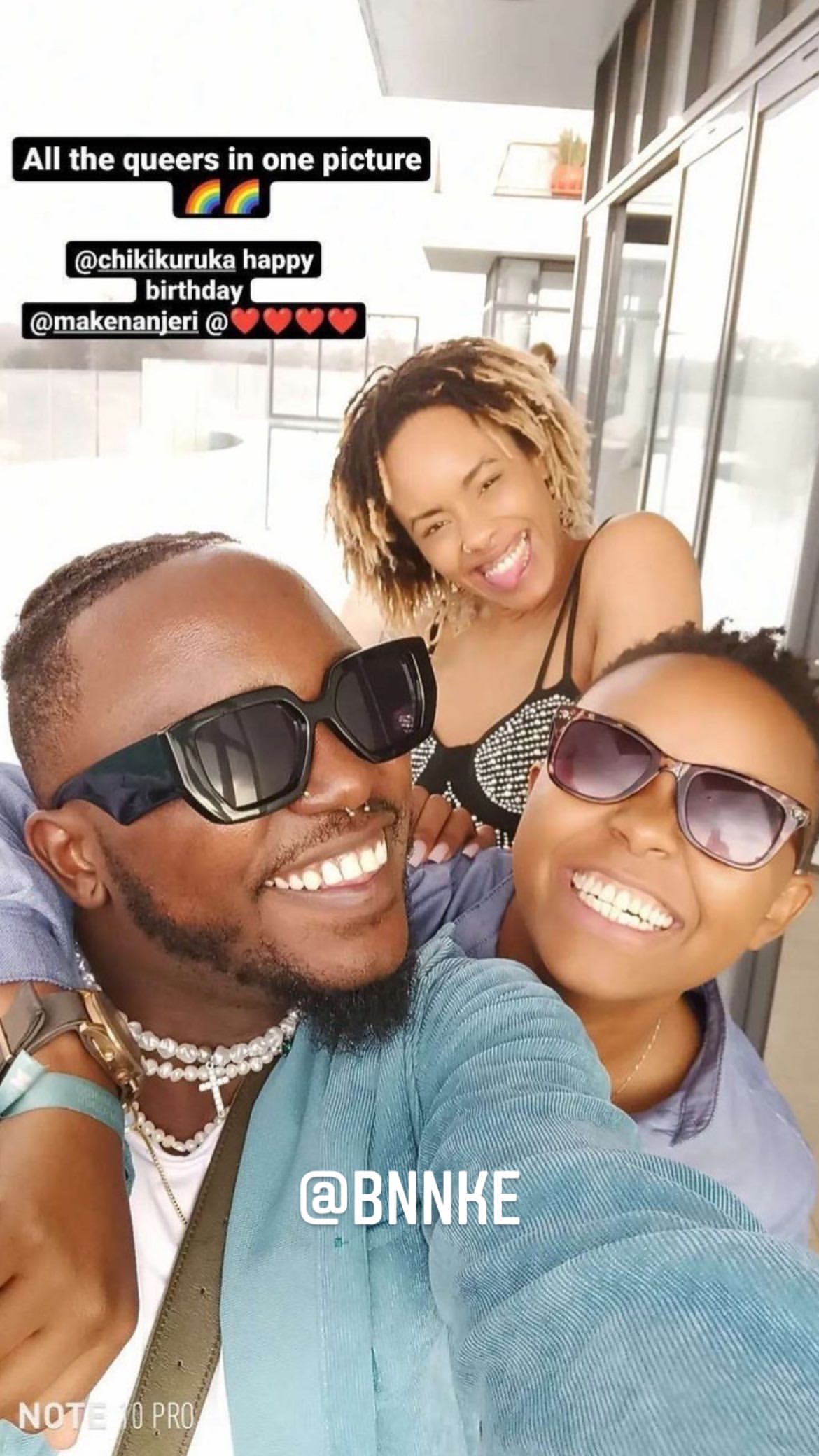