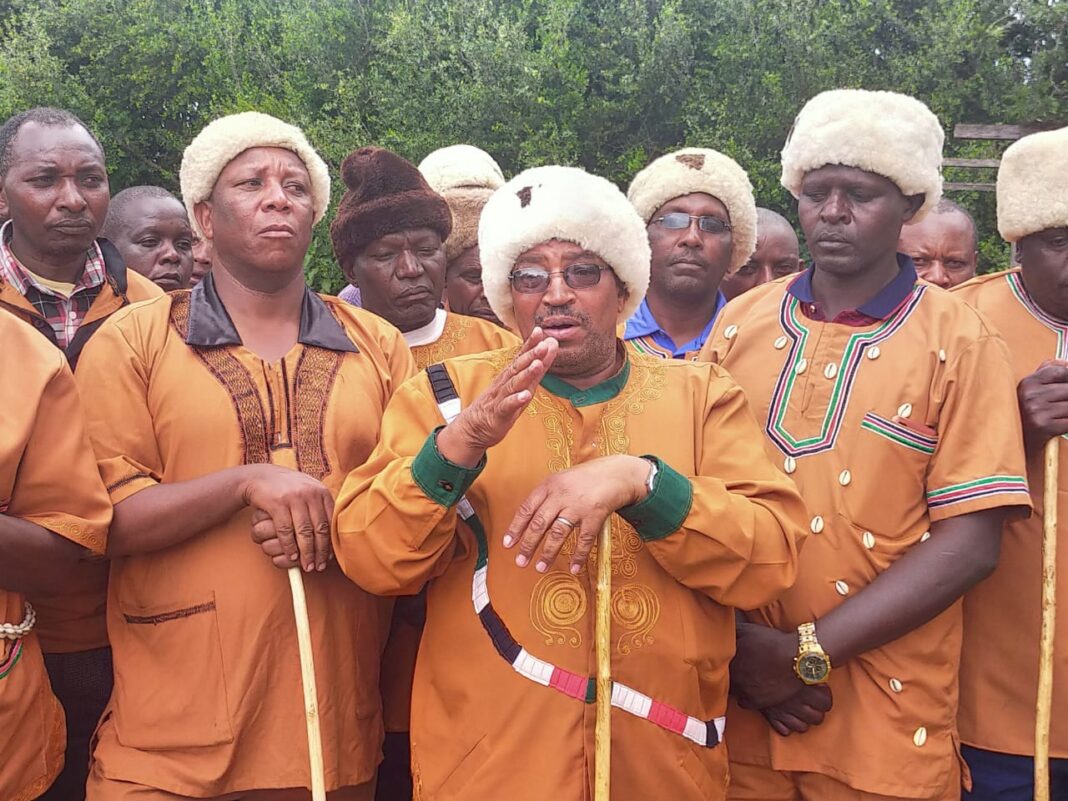 A section of Kikuyu elders has come forward to disown the delegation that visited Raila Odinga’s rural home a few days ago.

The elders who are under “Kiama kia Ma” said the delegation to Raila’s home was neither sent by their council nor President Kenyatta.

They said the visit had caught them by surprise that the delegation had purported to be the representatives of the entire Mt Kenya region.

The leaders who accused their counterparts of advancing their personal interests in the name of Kikuyu people in what the referred to as “politics of division” has vowed to fight back the “leaders with personal interests auctioning the Mt. Kenya region” to the highest bidder ahead of the 2022 general elections.

The former Prime Minister dismissed the endorsement claims saying the meeting was meant to solidify the relationship between Kikuyu and Luo communities and other communities as well should as well come on board.

Nairobi businessman Jimmy Wanjigi who was the chief guest at the fundraising stated that now Jubilee party is crumbling, those who support Mr. Odinga should join ODM especially politicians from Mount Kenya.

Cate Waruguru, Lakipia Woman Representative, has come out to boldly declaring his support for the Deputy President William Ruto but with conditions attached on...
Read more
- Advertisement -
Celebrity