More
HomeEntertainmentRuai Woman Who Has Both Male And Female Sex Organs Recounts Why... 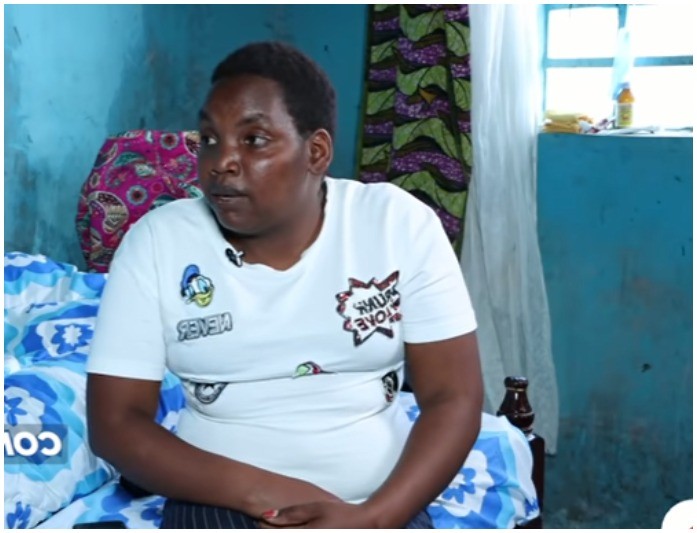 21-year-old Betty Wawira has both male and female sex organs, she said married woman preferred sleeping with her because it didn’t raise suspicion.

Betty Wawira is intersex, she does not fit typical binary notions of male or female bodies since she has both attributes of a man and woman.

Intersex are individuals possessing several sex characteristics of both male and females such as chromosomes, gonads, sex hormones or genitals.

Wawira shared how it is like growing up intersex during a YouTube interview with Lynn Ngugi, narrating the challenges she endures.

The 21-year-old has been rejected, betrayed and abused all because she has both male and female sex organs.

Betty Wawira narrated how women would pleasure themselves with her when she was as young as 7 years old.

The vicenarian said her mother rejected her because she was born with both male and female sex organs, and she would tell neighbors about her situation.

Wawira revealed that two female neighbors who heard that she also has a male organ took advantage of her situation to sexually abuse her.

They used her to satisfy themselves their sexual pleasures since her male organ is the one that is active.

“There were two ladies my neighbor. And they could sexually abuse me. So they could call me they go satisfy themselves then they order me ‘go and don’t dare say’. I think I was 7. I remember sikua nimekaa sana after nimejijua. I think my mom would tell the neighbors. I think this is how the ladies came to know. And they could just do their things and tell me ‘just go and don’t dare tell anybody’,” Betty Wawira painfully recalled.

The 21-year-old said that randy women took advantage of her situation since on the outside she is a lady, no one could suspect anything if they hanged around together.

Life has not been easy for Wawira, rejected by her own mother she grew up without parental love and now she can’t even get in a relationship.

Her biggest challenge is that she has physical attributes of a woman yet she feels like a man as the male sex organ is the one that is active.

Watch Wawira narrate her struggles in the video below: