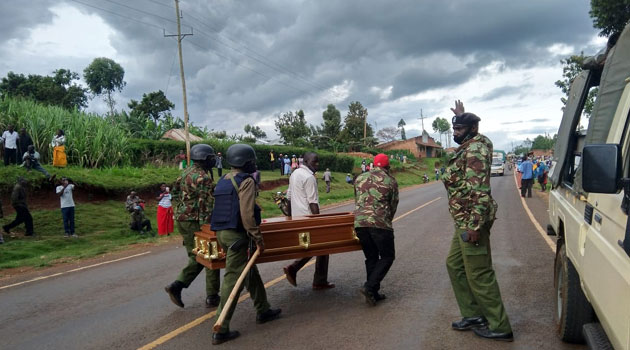 A planned Funeral for a 72-year-old woman took a dramatic turn after police stormed the ceremony to enforce a court order that restraining burying the deceased on a disputed parcel of land.

Hundreds of mourners in Boigesa sub-location, Kisii County were dispersed in the ensuing battle that saw the police lob teargas to disperse the gathering.

A section of the family had taken Annah Nyanchoka’s body from a morgue in Nairobi for a burial at her home in Kisii’s Nyangusu village but upon arrival a step daughter to the deceased served a court order barring them from proceeding with the burial.

The officers took time to explain the order to the reluctant villagers amid resistance from a section of relatives.

Police had to force their way into a house where some relatives had locked the casket as tension escalated. 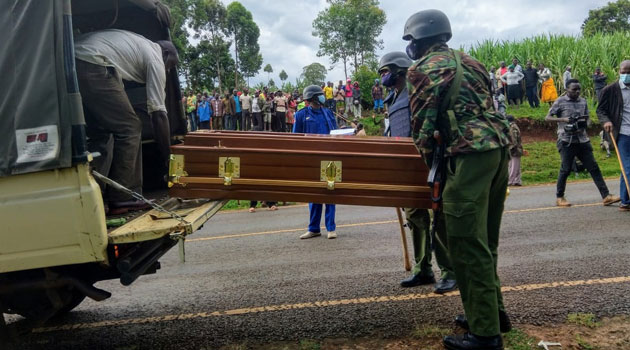 “It is so hurting that we have done all the arrangement for the funeral only to arrive home and find out that the police officers are taking the body of my mother away,” said Onyiego.

The deceased is said to have been taken in together with her children by the homestead’s first wife who had no male children. She was subsequently adopted as a member of the household in a traditional wedding.

The first wife had two girls at the time she ‘married’ the deceased, a culturally accepted norm for women who are either unable to bear children of their own, or lack male children who are traditionally accorded the right to inherit.

“My mother was married in 1965, and I personally have stayed here for at least 40 years. Why would someone keep us all this time waiting for my mother to die and that’s when the issue of land arises?” Onyiego posed.

He noted the stepsister processed all the family documents and left them out when her mother, the first wife, died.

Village elders cursed the act and demanding for the withdrawal of the court order to allow the burial of the 72-year-old.

The land dispute is slated for a hearing on November 10.