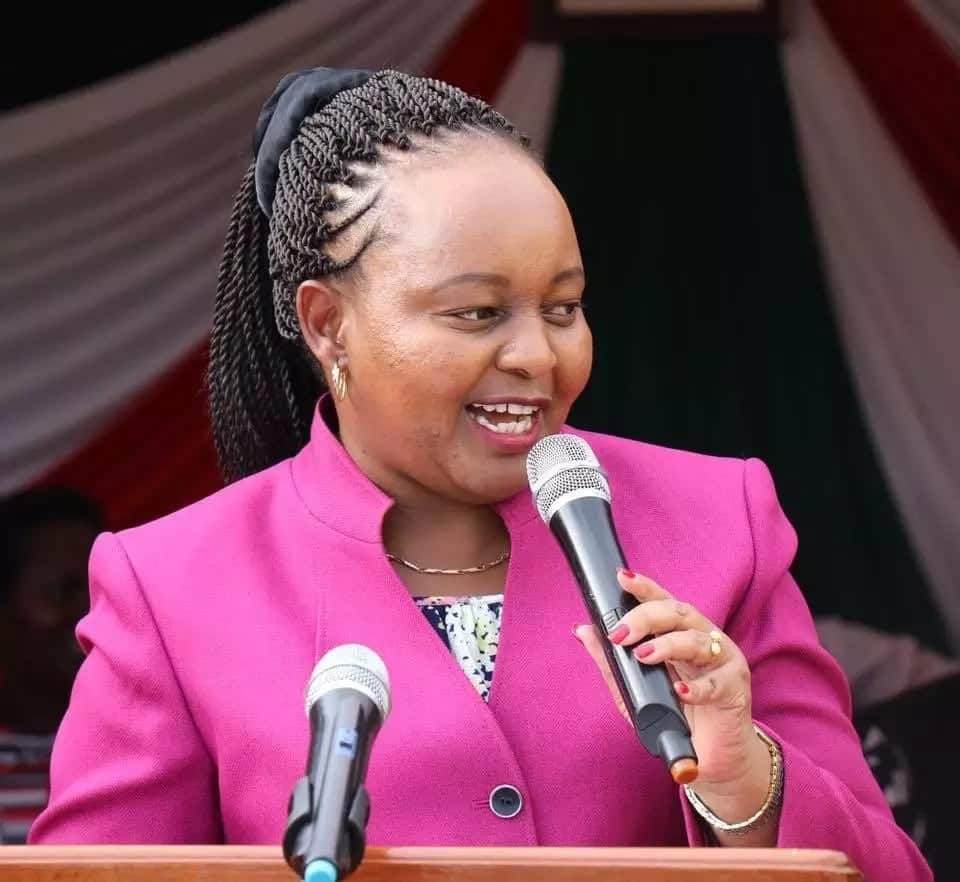 Kirinyaga governor Anne Waiguru has claimed that there are plans to rig elections at the Kianyaga tallying center.

In a tweet, Waiguru claimed that two ballot boxes were taken to the tallying center through the back door.

She is calling upon IEBC to stop the vote counting process and called upon the removal of the said ballot boxes.

“Rigging in broad day light – Two ballot boxes with governors’ ballots enter Kianyaga through the back door in broad daylight! They MUST be removed and counting must stop!@IEBCKenya,” Waiguru said. 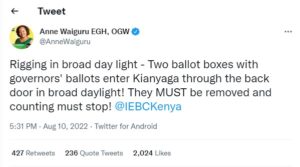 Waiguru’s main competititor in the Kirinyaga gubernatorial race in Purity Ngirici, who vied on an Independent ticket after her fallout with UDA which was orchestrated by the entrace of Waiguru in the party.

Jubilee’s Charles Kibiru was also in the race but conceded an early defeat before the final results were announced.

“I take this early opportunity to accept and respect the choice of Kirinyaga voters in relation to the just concluded Gubernatorial elections where I was a candidate. I wish to thank all my supporters, my electoral team, friends, my running mate Hon. Peter Ndambiri and my family for your support during the entire electioneering period. May God bless our great County of Kirinyaga and its people,” Kibiru shared on his page.

Earlier preliminary results indicated that Waiguru was leading and Ngirici was following her closely.

RELATED STORY:“Carry Your Own Cross!” KOT Blast Anne Waiguru As She Rants Over Being Blacklisted By EACC