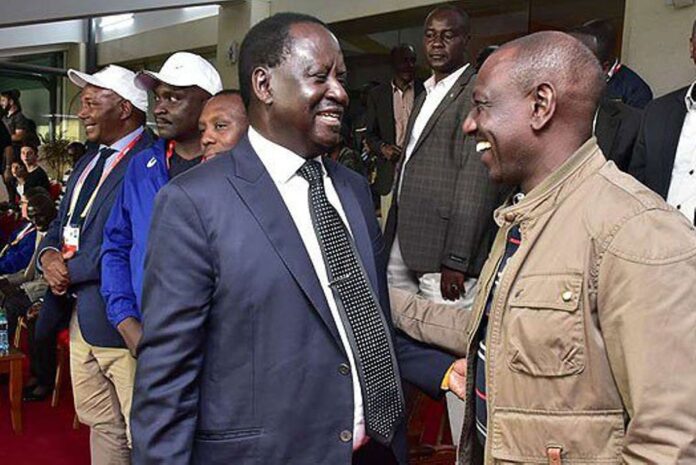 Political power games are set to get uglier in Migori with the expected impeachment of Governor Okoth Obado.

Even though politics might be considered local, the results of the vote at the county assembly are likely to affect events at the National level. Chances are higher for larger Nyanza political kingpin and ODM leader Raila Odinga and Deputy President William Ruto, who has been eating into his rival political base in Kisii and Migori.

Migori has been a slippery county for ODM, having lost in the 2013 gubernatorial race to Obado who contested in the People’s Democratic Party. In the 2017 elections, ODM’s favorite candidate Ochillo Ayako failed to clinch the party ticket.

Obado has openly come out to seek his supporters’ nod to work with him for the sake of development in the county. Obado’s association with Ruto goes back to his days at the helm of Kenya Sugar Board when the DP was the Agriculture minister.

In a recent interview with a local media, Governor Obado told off those trying to control him and dismissed some ODM officials who have continuously doubted his loyalty to the party.

“People want to think for me and decide who I am, and what I should do. The freedom of association is in the Constitution and nobody can take that away from me,” said Obado.

The Governor asked ODM members to stop branding a traitor and master of corruption.

“These people should stop calling me names, and thinking for me. Some behave like God and feel as if they have already known what will happen in 2022,” he said.

He further added that there is “a much bigger reason” behind his planned ouster.

Obado questioned why ODM party leaders were in rush to hound me out of office yet his cases have not been heard or determined.

“This is political witch-hunt being spearheaded by my opponent, who lost in the previous election.”

The Migori ward reps will have a huge say on the bearing of the South Nyanza politics, mostly if the unthinkable happens and Obado survives the impeachment.

Most MCAs enjoy a good relationship with the governor and are stuck between the party and the governor. The ward reps are facing threats from both sides and fear of being side-lines in 2022 when they seek re-election on an ODM ticket. While some face the possibility of losing business with the county government of Migori.

In a meeting chaired ODM National Chairman John Mbadi, the MCAs were forced to pledge their loyalty to the party.

“If ANC party could go ahead and throw out a whole president for breaching the party ethos, who is a mere MCA to play double standards? You either toe to the party’s line and impeach the governor or seek a fresh mandate on a different outfit. ,” Mbadi told the MCAs.

Sources have revealed that despite Mbadi’s intervention, MCAs loyal to Obado have vowed to rally behind him.

Related: Okoth Obado is proving to be a hard nut to crack for ODM