More
HomeCourtPS Lilian Omollo Who Was Awarded ksh.1 In Trouble As State Wants...

PS Lilian Omollo Who Was Awarded ksh.1 In Trouble As State Wants Her Sacked Afresh 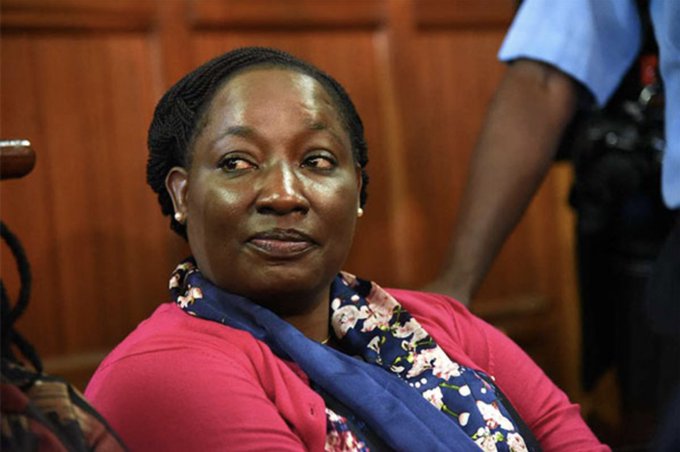 Former Youth and Gender Principal Secretary (PS) Lillian Omollo is in trouble as the Attorney General has filed a petition blocking her reinstatement.

The State through the Attorney-General’s office has appealed the judge’s decision that found her removal in May unconstitutional.

“We request your good office to issue us with typed proceedings and a certified copy of the judgment and decree for the purpose of filing an appeal,” Ms Schola Mbilo, the principal litigation counsel at the AG’s office, said in a letter to deputy Registrar of the court.

Ms Omollo had been on half-pay since 2018 when she was charged in court over the loss of funds at the NYS through fictitious invoices and multiple payments on one supplier invoice.

If returned to the payroll, Ms Omollo will continue earning half-pay, which is equivalent to about Sh382,500 based on the PS gross pay of Sh765, 000.

High Court judge Stephen Radido had termed Ms Omollo’s removal unconstitutional, but ordered the government to pay her a nominal damage Sh1 for the violation of her right to due process in her sacking.

A nominal damages of Sh1 is granted to an aggrieved person who proves to have suffered legal wrong but no financial loss.

The Attorney-General argued that Ms Omollo, having been a presidential appointee, served at the pleasure of the President and that her tenure lapsed after she was replaced with the appointment of another PS.

Further, the AG argued that the PS held the office in public trust and having been charged with corruption offences, she was suspended in line with Section 62 of the Anti-Corruption and Economic Crimes Act.

In the judgment, Justice Stephen Radido faulted the government for striking Ms Omollo’s name off the payroll without subjecting her to due process.

The judge said the former PS was never given reasons for her removal but “was ingeniously notified that her tenure had ended because a replacement had been appointed”.

He docket has since been split with Prof Collette Suda being in charge of Gender and Mary Kimonye Public Service.

Justice Radido said that the State had no right to remove her from office without following the law.

Article 236 of the Constitution states that a public officer shall not be dismissed, removed from office, demoted in rank, or otherwise subjected to disciplinary action without due process of law.

Ms Omollo’s is charged with, among others, conspiracy to defraud, abuse of office and money laundering together with a host of former senior government officials at the NYS over the loss of Sh468 million.

The trial is still pending before a magistrate court.

RELATED POST:Uhuru Ambassador Nominees Are All Millionaires, Here Is Breakdown of Their Wealth