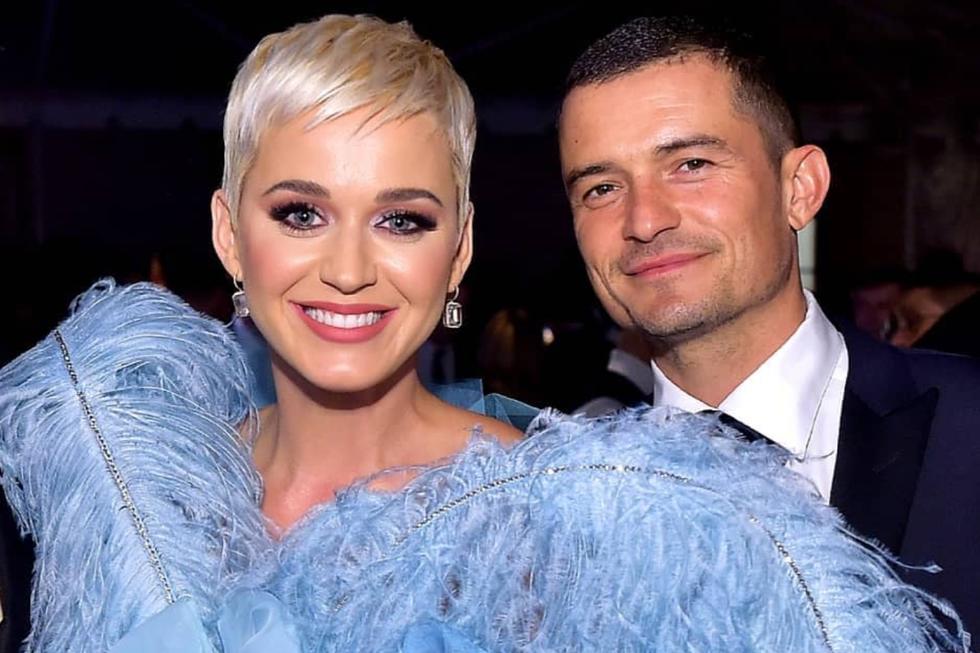 American singer Katy Perry and her husband Orlando Bloom have announced the birth of their first child.

They received the child is a girl and her name is Daisy Dove Bloom.

The two said they were “floating with love and wonder” after their child came out safe and healthy.

The couple also shared a photo in black and white holding the hands of baby Daisy.

The music star revealed she was expecting in the music video for her single Never Worn White earlier this year.

Taking to social media account for Unicef – a charity organization supporting disadvantaged children in which the two are ambassadors they said: “We are floating with love and wonder from the safe and healthy arrival of our daughter.”

“But we know we’re the lucky ones and not everyone can have a birthing experience as peaceful as ours was.

They further stated that some communities around the world experience a shortage of healthcare workers and every 11 seconds a pregnant woman or newborn dies, mostly from preventable causes.

“Since Covid-19, many more newborn lives are at risk because of a greater lack of access to water, soap, vaccines, and medicines that prevent diseases. As parents to a newborn, this breaks our hearts, as we empathize with struggling parents now more than ever,” the couple said. 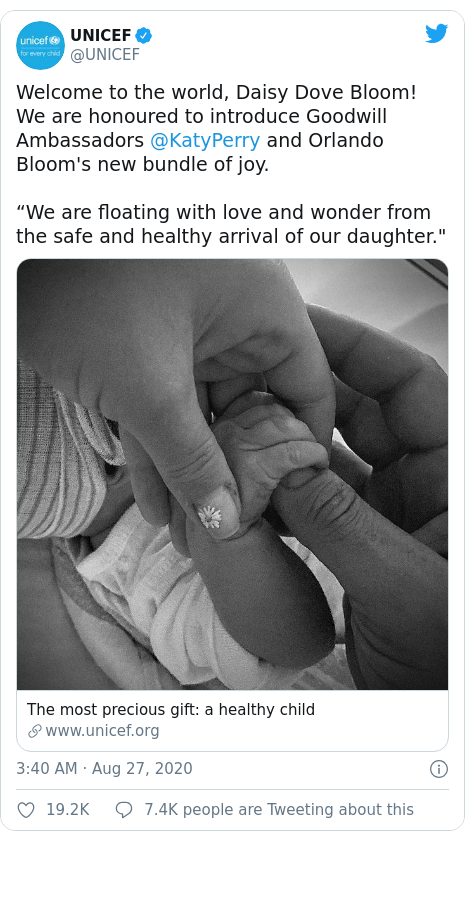 Perry and Bloom said they had established a donation page to mark their newborn’s birth, with the funds going towards new mother and their children.

“We hope your heart can bloom with generosity,” they added.

In the song, Perry also hinted that she and Bloom planned to walk down the aisle soon, after getting engaged on Valentine’s Day last year.

The American songstress rose to fame in 2008 with the single I Kissed A Girl, which reached number one in the UK. Since then she has released hits such as Roar, California Gurls, Firework and Never Really Over.

Her fierce, Blood was previously married to Australian model Miranda Kerr of whom they have a nine-year-old son, Flynn,

The British actor has starred in various movies including Pirates Of The Caribbean, The Lord of the Rings and The Hobbit.

“I am Not Married And Not Worried,” Gospel Singer Mbuvi Explains Why He Is Not Married