More
HomeCelebrityPastor Nganga Narrates How Kamba Women Are Easy Lay, Brags How He... 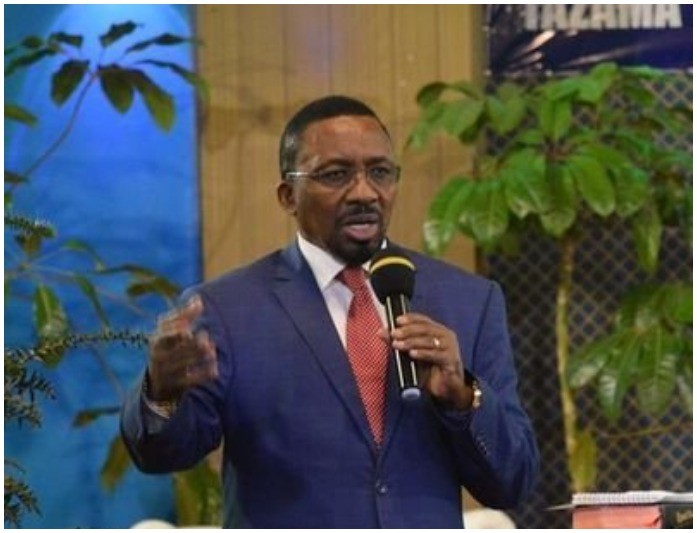 Pastor James Nganga has revealed that he was a seasoned womanizer whose record sleeping with Kamba women is almost unmatched.

Preaching at his Neno Evangelism Center church in Nakuru, pastor Nganga claimed that Kamba women are easy lay and as such he took advantage to sleep with them indiscriminately.

The controversial preacher was talking about his philandering past, he confessed that he frequently entered into casual sexual relationships with women from all walks of life.

PasPastor Nganga stated that he has an unknown number of children due to the fact that he slept with any woman who dared granted him access to their cookie jar.

The Neno Evangelism Center founder further approximated that he has over 70 children that he sired during his sex binge before he got saved.

The controversial preacher noted that most of his children are in Ukambani because most of the women he slept with are from Kamba community.

“Mimi ni babu ya watoto wengi sana, wengine wako Kirinyaga, wengine wako Mombasa, wengine hapa Nakuru… Kisumu sina number mzuri sana. Sikua nimepata Kisumu labda moja moja ile alikaa Mombasa. Lakini Ukambani, Ukambani nimemwaga mayai ehhhh. (I am a grandfather with many children, some are in Kirinyaga, some in Mombasa, some here in Nakuru. I don’t have a good number in Kisumu. I had not found women from Kisumu, maybe just a few that stayed in Mombasa. But in Ukambani I have spewed eggs like crazy),” said pastor Nganga.

He further added that he has fathered so many kids in Ukambani that sometimes he goes to the region and just speculates that a random kid he meets is his judging from their physical attributes.