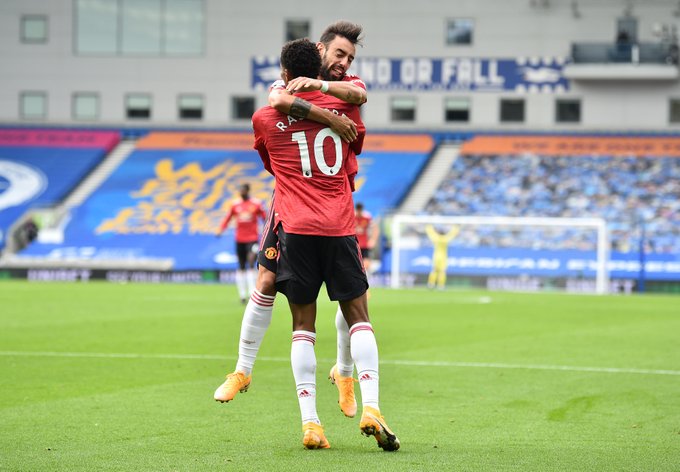 Ole Gunnar Solskjaer singled out Bruno Fernandes’ strong mentality and a fine Marcus Rashford goal as two of the few positives Manchester United could take from their win at Brighton.

United were fortunate to secure a 3-2 victory at the Amex Stadium, indebted to a last-gasp Fernandes penalty for the points, which was awarded by the VAR following a Neal Maupay handball.

Rashford had earlier made it 3-2 with a brilliant solo goal, but Solly March pegged United back.

Solskjaer told MUTV that United were still way off the pace in terms of fitness, but clung onto Fernandes and Rashford — and the fact United salvaged a win late on — as bright spots from the game. 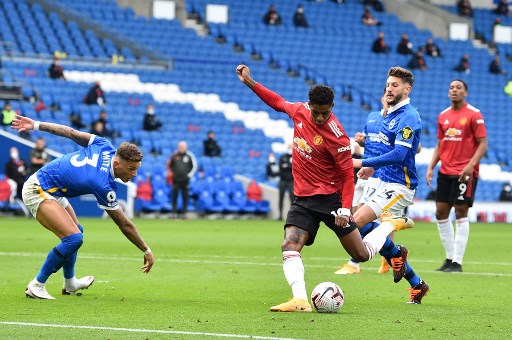 “At this point in the season, it’s vital for us to get three points,” he said. “It’s been a long long time since we won a game towards the end, maybe since PSG. Last season we had so many draws, 12 or something. We didn’t win late on in games like we used to do at this club. It’s part of the history of this club, so very very pleased with that.

“They’ve dug in, worked hard. We know we’re not fit yet and you can see they were fitter than us, but they are actually one of the teams in the league who run the most, so we knew it’d be a difficult game physically. We’re not there yet.

“We’ll get there. The reaction to both goals was brilliant. We didn’t play before the first goal and the reaction to the last one was great.” 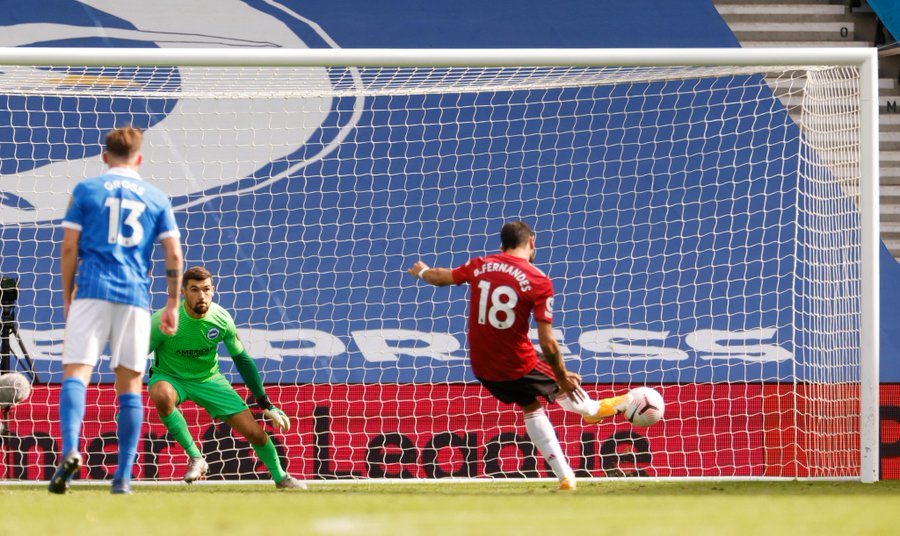 On Fernandes, he said: “Very strong mentally, that’s a big part of being a penalty taker. Goalkeepers and penalty-takers need to keep their focus and be mentally strong.

“Bruno has got one of the strongest mentalities I’ve come across.

“I’m very happy for Marcus to get that goal. He was just a couple of inches offside on a counter-attack from Mason’s cross.”

Solskjaer claimed he saw a marginal improvement from United’s opening day defeat to Crystal Palace, but admitted that his side did not merit all three points.

“We did see some moments we didn’t see last week, so we are getting a bit better,” he added. “So sometimes you have to admit to getting away with one. We didn’t deserve more than one point.

“We need to stop crosses better, we need to get in blocks in the box better. Crossbar a few times, though I think David [de Gea] had most of them in control. Better finishing from them and they could get three points.”