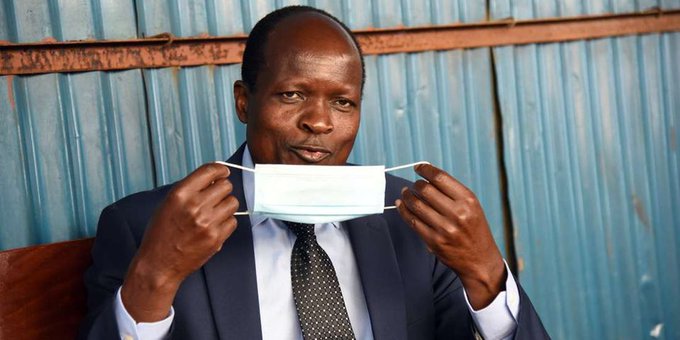 The decision by the Raila Odinga-led party was a culmination of a ceasefire between the governor and the Orange party leadership following political run-ins.

It was also an apparent admission by the party leadership that they had been outwitted by the governor, who has in the past successfully gone against the grain in elections.

Sources said a meeting of the sub-committee of ODM Central Management Committee resolved to end the push for the governor’s impeachment which had reportedly threatened to paralyse operations of the county assembly and service delivery.

The leadership is said to have demanded that Obado toes the party line by backing its position on political issues.

“It was agreed that the motion be dropped to restore political stability in the county. He is expected to support the party fully in its activities,” said the source.

“The meeting resolved to invite the Members of the County Assembly for a meeting before the decision on the motion is made public,” the source added. In a statement, ODM secretary general Edwin Sifuna said the meeting discussed the need to ensure uninterrupted service delivery by the county government under the prevailing circumstances.

Mr Sifuna revealed that they also discussed party unity and harmony in the county assembly.

“A sub-committee of the ODM Central Management Committee has today met with the governor of Migori Okoth Obado, to discuss, among others, the need for continued service delivery by the county government under the prevailing circumstances, party unity and harmony in the assembly,” read the statement in part.

“The meeting agreed on the need for further engagement with other key stakeholders, including the County Assembly of Migori and the local ODM leadership.”

The meeting was attended by Sifuna, ODM national chairman John Mbadi, national treasurer Timothy Bosire, organising secretary Abdikadir Aden, and secretary for political affairs Opiyo Wandayi. The push to impeach Obado was a headache for ODM amid reports of a divided assembly and delay to table the motion.

The perceived political dalliance between the governor and Deputy President William Ruto had turned the planned impeachment into a do-or-die contest for the control of the region’s politics.

Recently while attending a funeral in Migori, Raila appeared not keen anymore on the push to impeach the governor, saying the unity of the country was more important.

“Jothurwa (my people), do you want us to reconcile these warring factions? Do you want us to unite people? That is all Building Bridges Initiative (BBI) is rooting for,” Raila said.

Obado also grabbed the opportunity to pledge loyalty to the ODM supremo.

“Jakom (chairman), I am also your man. I know some people might have reported me to you and uttered falsehoods, but I want to restate here that Obado is firmly supporting your party and the BBI discourse,” the governor said.