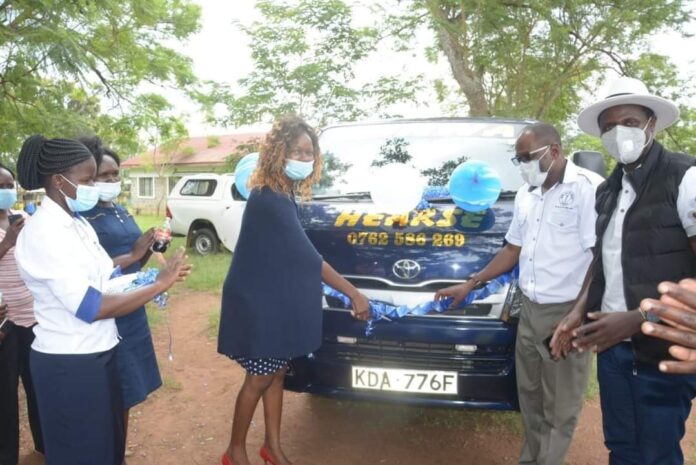 The association of nurses in Bondo, Siaya county is under serious condemnation from the public for investing in the hearse business.

Area residents termed it as unfair competition and a conflict of interest by virtue that nurses work in hospitals and they are likely to have an upper hand. These members of the nursing welfare spent to the tune of 2.8 million to acquire and equip this hearse in a bid to hit the ground running.

The public learnt of this investment in the wake of these nurses holding a small party to salute and commemorate their hard work. These photos came to the public knowledge after they were shared by Mr. Auscar Wambiya on the Siaya County Government Social media handle. Mr. Wambiya is also the acting director of the communication in the county.

The ceremony was attended by the acting chief of health Dr. Eunice Fwaya who was accused by the locals for “rubberstamping the laziness.” According to the residents, the nurses ought to be focusing on saving lives as opposed to purchasing ambulances.

To their rescue, Dr. Fwaya and Mr. Wambiya defended the nurses, adding that the nurses give their all to protect lives and they can do very little when patients die of illnesses. One official of the welfare Dr. Domnic Omollo on his side said that the association had contemplated owning a hearse way back in 2017. According to him, it was overdue for them to have their hearse due to the high cost of ferrying their colleagues who die in the line of duty.

Omollo added that the public also stands to benefit from the hearse given the limited number of  hearses in the hospitals within the county.