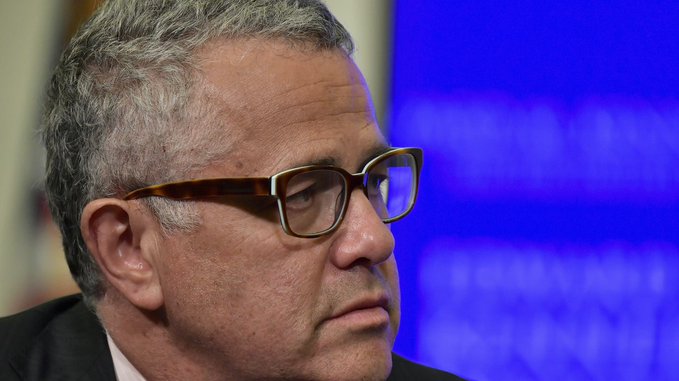 Jeffrey Toobin, 60, who is also a senior legal analyst for CNN, confirmed in a tweet that he had been sacked.

The New Yorker’s parent company Conde Nast wrote in an email to staff: “I want to assure everyone that we take workplace matters seriously.”

After he was suspended last month Mr Toobin said he had believed himself to be off-camera during the incident.

Condé Nast’s chief people officer, Stan Duncan, wrote in a note to staff quoted by US media that as a result of their internal investigation Mr Toobin was “no longer affiliated with our company”.

He added: “We are committed to fostering an environment where everyone feels respected and upholds our standards of conduct.”

The incident happened on 15 October during an election simulation involving the New Yorker and WNYC radio. Mr Toobin was immediately suspended.

In a statement to Vice last month, he said: “I made an embarrassingly stupid mistake, believing I was off-camera.”

He apologised to his family, friends and colleagues.

“I believed I was not visible on Zoom,” he told Vice. “I thought no-one on the Zoom call could see me. I thought I had muted the Zoom video.”

Vice quoted two anonymous sources who were at the meeting as saying they had witnessed the incident.

During a break in proceedings, according to Vice’s sources, Mr Toobin appeared to be on a different video call but was seen moments later on camera touching his penis.

RELATED POST:Nyeri Man In Court For Forging Birth Certificate To Inherit 2 Billion Estate Of Man Who Died Childless And Without Wife