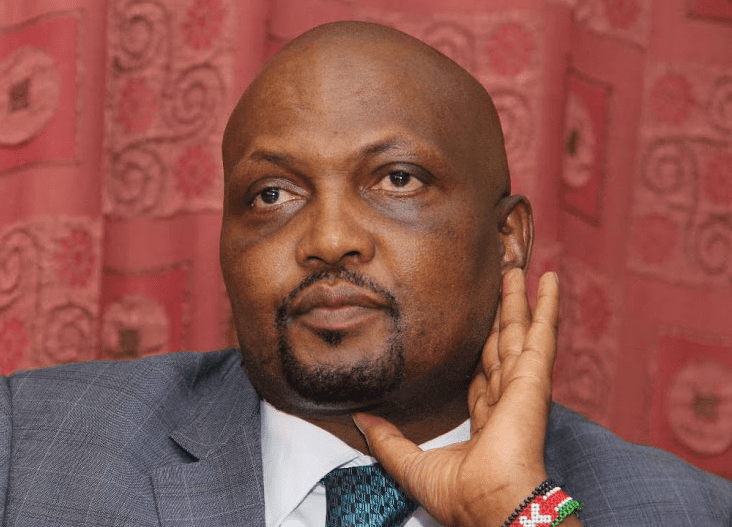 Gatundu South MP Moses Kuria has left Kenyans talking in social media after reminding President Uhuru Kenyatta that he is about to go home.

In a message that was meant to wish President Kenyatta a happy Mashujaa day, Kuria did not hesitate to make it clear that the president will be celebrating his last mashujaa say in office.

“As you prepare to leave office on the 9th of August next year, this is to wish you a happy Mashujaa day 2021,” Kuria said on his Facebook page.

He further said that Kenya owes the head of state a debt of gratitude.

“Given that this is your last Mashujaa Day in office, this nation owes you a debt of gratitude,” said the law maker affiliated to Deputy President William Ruto.

Kuria’s post left netizens with mixed reactions some of them commending him for starting to acknowledge President Kenyatta as his boss.

Michael Njuguna said,”However you may criticize president Uhuru as a failure due to petty politics this man #Uhuru will go down in the history of this country as a president who trippled the infrastructure connectivity in the country, from the SGR to the express highway, brought ultrasound machines to our local hospital, pregnant women no longer travel to Nairobi for a simple obstetric scan and so much more. Not forgetting the handshake that brought peace in this country.”

While another wrote, “why would you thank someone who has continually milked kenyans dry leaving them for dead. we have not forgotten you were in charge of the Finance committee that you introduced the Tax bills by force by fire to please your gods, before you started crying like a baby , you are also part of the biggest problem that led to milking Kenyans. Don’t pretend to be a saint. Malizeni muende.”

This year’s Mashujaa Day celebration will be held at Wang’uru Stadium in Kirinyaga county on Wednesday October 20.

Former CJ Willy Mutunga Claims That The Judiciary Is Timid