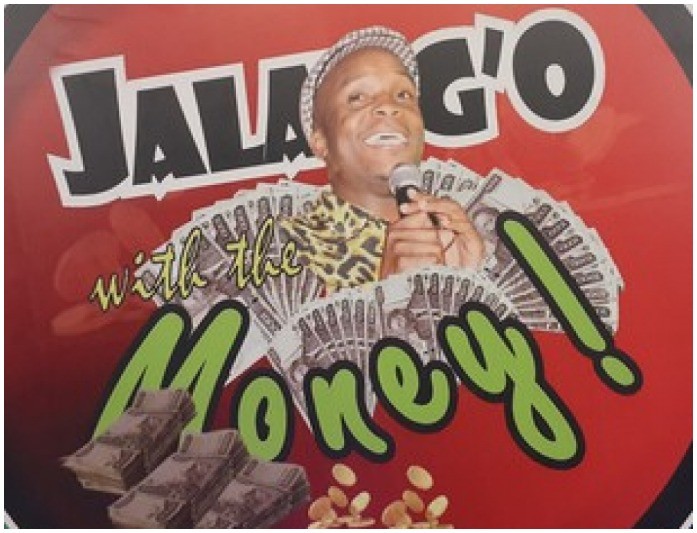 Jalang’o, who is eying Langata parliamentary seat, has experienced the ugly side of politics first hand as his enemies are working hard to finish him completely.

It all started when UDA bloggers on shared photos of Jalang’o meeting DP William Ruto at his official residence in Karen and claimed that the vocal comedian has officially joined UDA party from ODM party.

The move was aimed at painting Jalang’o in bad light in the eyes of ODM supporters. The comedian officially joined ODM on July 15,th 2021 and was received by the party’s Secretary General Edwin Sifuna. In a statement, ODM said the comedian had joined it as a life member.

Jalang’o took to social media to fight back claims that he has ditched ODM for UDA. He shared a July 2021 video of him officially joining and assured his supporters that he is still loyal to ODM party leader Raila Odinga.

The rumor was started by the Instagram Page Nairobi Gossip club and then picked up by other outlets without proper verification. However, the truth is that Jalang’o bought the Toyota Landcruiser in 2020 after leaving Milele FM. The video was even posted on his Insta Stories in July 2020 just before he started his new job at Kiss FM. At the time he bought the Toyota Landcruiser in 2020, Jalang’o explained that he decided to purchase the vehicle to celebrate his return to Kiss FM.

Jalang’o said the rumors of his new car were being spread by his political rivals to fuel a narrative that he is a money launderer in a bid to finish him completely.

Jalang’o was among celebrities who were adversely mentioned in Edgar Obare’s exposé in August 2021 that shed light on the wash wash cartel in Kenya.

Obare claimed that Jalang’o is part and parcel of the syndicate that engages in money laundering and distributing fake currencies in the country.

However, Jalang’o vehemently denied the allegations of wash wash while maintaining that he is one of the most honest and hardworking people in the country.

Speaking on his morning show on Kiss FM which he co-hosts with Kamene Goro,  Jalang’o said he has worked hard to earn his wealth.

“You can accuse me of anything but not my integrity or what I do for a living. For the past 10 to 15 years, I’ve never seen what 7 o’clock looks like unless I’m on holiday or it’s the weekend when I’m not working because I’ve always just known 4am as my wake up time and we come to Kiss and they pay us so well,” the comedian said.

Jalang’o explained that after landing his first well-paying job at Kiss 100, he started his company Arena Media, which is involved in advertising and marketing.

“It’s a below-the-line and above-the-line marketing firm, where we sit down with a team of almost 20 people, employed, pensionable and taxable,” the Kiss FM presenter said.

Jalang’o also explained he earns millions from being a brand ambassador for a wide range of brands, ranging from finance, apparel, fast-moving consumer goods and construction.

The comedian also noted that he has more than two million followers on his Instagram and a YouTube channel with more than 300k followers.

This also offers him the opportunity to monetize his huge following by posting advertisements for many different clients.

“As you speak today, I think I’m a brand ambassador to almost five top brands, a brand ambassador not influencer. For influencing, I have a thousand and one. I’ll tell you easily there’s a time I drive in this town and I see a billboard literally every single place, those things pay,” Jalang’o said.

“To make it even crazier, per week I think I do like three to four events and club appearances, and all which are paying very well. Jalang’o TV is a different hustle altogether, racking up to almost 10 million views every single month, and I literally put it out and say per week I must have four to five interviews.”

Jalang’o concluded by saying that he wouldn’t be breaking his back and working as hard as he does if he was involved in wash wash business.