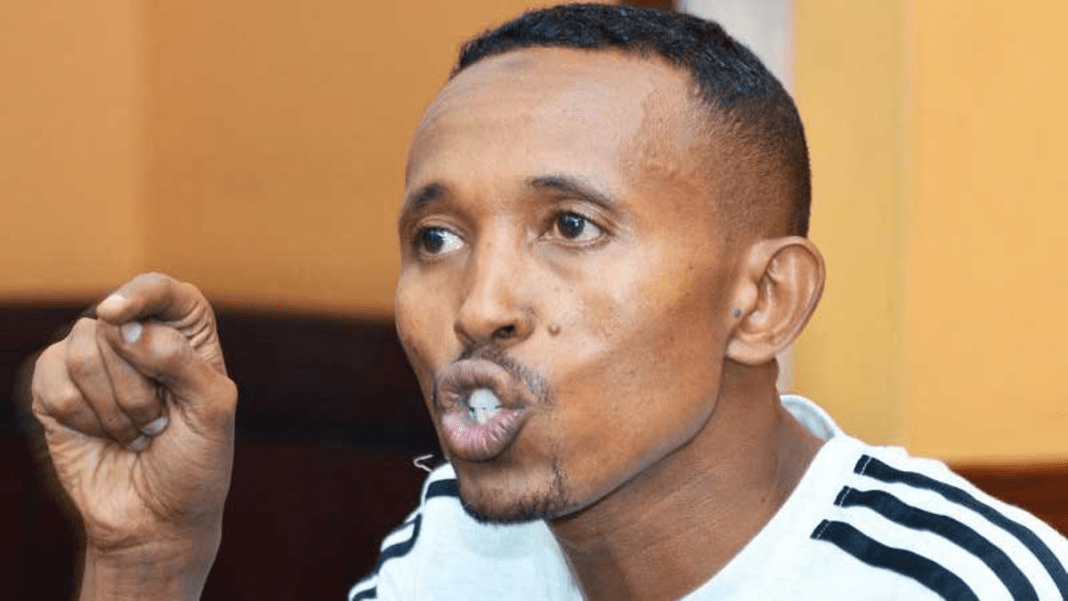 Three days after Mombasa Governor, Hassan Ali Joho attacked the Deputy President, William Samoei Ruto over his visit to the County, Nyali Member of Parliament, Mohamed Ali had some words for the governor.

According to Ali, he wants Joho to at least try to cut down on his lavish expenditure and used the funds to help out those in need in the county.

Mohamed Ali went even further to tell Governor Hassan Ali Joho that his political glory in the coastal region is coming to an inevitable end warning him to stop taking the residents for a ride.

“Since when have you, as a governor used a bicycle to work yet you are busy telling us that Ruto is not a hustler but one of the dynasties? Don’t take us for fools, your days are over and we have served your notice,” Mohamed Ali barked.

Mohamed Ali told Governor Joho that William Ruto is not on his level and he’s not his equal as well.

The Jicho Pevu MP laughed off the ODM leader and the Mombasa governor for avoiding stadiums in Mombasa since they can’t pull enough crowd anymore since they have allegedly lost massive followings in the region.

“Dear Governor Joho, Deputy President of the Republic of Kenya William Ruto is not your age mate…you are used to local politics but Ruto is playing national politics…you will be humiliated,” Moha Jicho Pevu said.

“They are now on their own, that’s why they can’t hold a meeting in Tononoka, Mama Ngina, or even in any of the open fields at Kisauni.

You decided to take your meetings to the newly constructed Bombolulu road so as to create a jam and trap some audience,” he added.

He wondered why the two never talked about the SGR and Revenue Allocation issues which he said are affecting the coastal people.

“We know you Joho is hiding inside the handshake and BBI because you know you will be held accountable over the misuse of public funds once you get out of Raila’s camp,” alleged Ali.

At the same time, the vocal MP hit out at Joho and Raila for propagating about the BBI in the region instead of talking about issues affecting the region.

Musalia Mudavadi, the ANC leader has blamed President Uhuru Kenyatta for the ongoing conflict between the Directorate of Criminal Investigations (DCI) and the Office...
Read more
- Advertisement -
Politics

Dennis Okari is one happy man after learning about the Court's ruling over the case of the quack doctor, Mugo Wa Wairimu a few...
Read more
Politics

Local authorities, residents, and Ibuka, and an umbrella organization of genocide survivors have come together to exhume a mass grave thought to be having...
Read more
SONKONEWSLionhearted & Connecting The Dots