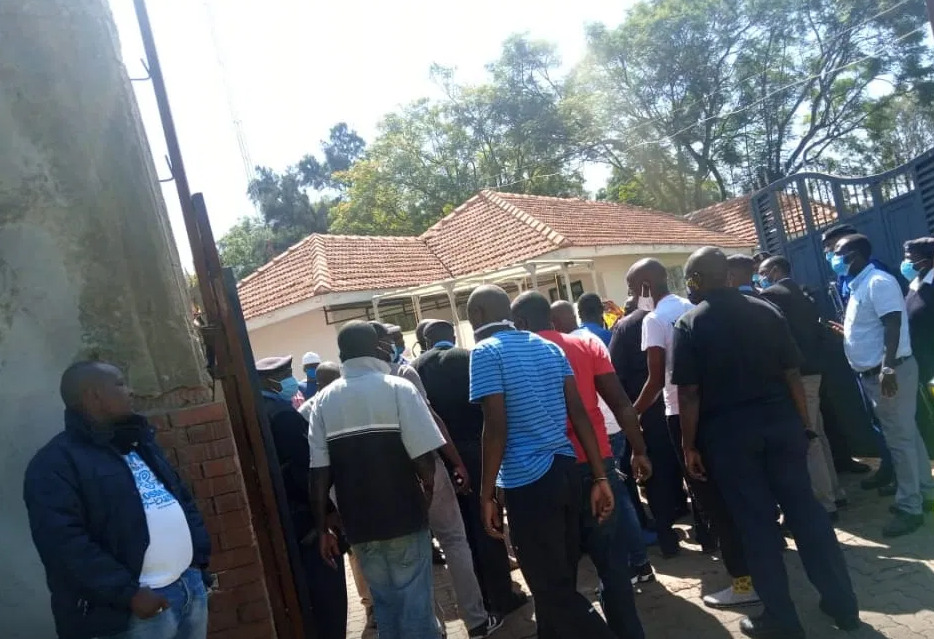 The police who kicked out the outspoken politician was acting out on an eviction order handed out by the authorities because the Governor is said to be occupying the illegally
the property belonging to the Kenya Railways.

The Governor has been operating on the Upperhill offices after the Court of law banned him from operating from Nairobi’s Governor’s office at City Hall.

Mike Sonko disclosed that he acquired the property legally and he has all the papers to back his property.

“I believe that the reports and alleged probe is malicious and maybe a move to intimidate me to go slow on some of the political and legal decisions I have taken in the last few weeks, specifically my position on the transfer of functions to the Nairobi Metropolitan Services and refusal to assent the Supplementary Appropriations Bill, 2020 into law,” Mike Sonko said.

It’s believed Mike Sonko is believed to have bought the property in Upperhill for KShs. 498.5 million.

EACC that claims that they were investigating where Mike Sonko acquired such amount and among many others moved to freeze any further transaction on the property after Sonko deposited KSh.s 144.6 million as a first installment of the first agreement.

The EACC wants tender documents, minutes of the tender committee, sale, and payment documents with every other important document attached to the property in question.