Major Nameye Khadija alias Mejja has come out to set the record straight on being recruited into wash wash business by Kiss FM presenter Jalang’o.

Jalang’o was among a handful of celebrities who were exposed by blogger Edgar Obare for engaging in the illegal wash wash business – money printing and fake gold scams.

The informant explained that the wash wash guys would open high-end salons, petrol stations, nightclubs, liquor stores etc. for celebrities and then use those businesses to hide the origins of their money.

They would give those businesses millions of shillings which they would then deposit in banks as ‘profit’ and fool the government and the financial institutions on the true origin of those monies – money laundering 101.

Jalang’o denied being involved in the wash wash business, so did many other celebs mentioned by Obare.

Mejja caused a stir when he revealed on Twitter that Jalang’o tried to recruit him into the wash wash business. 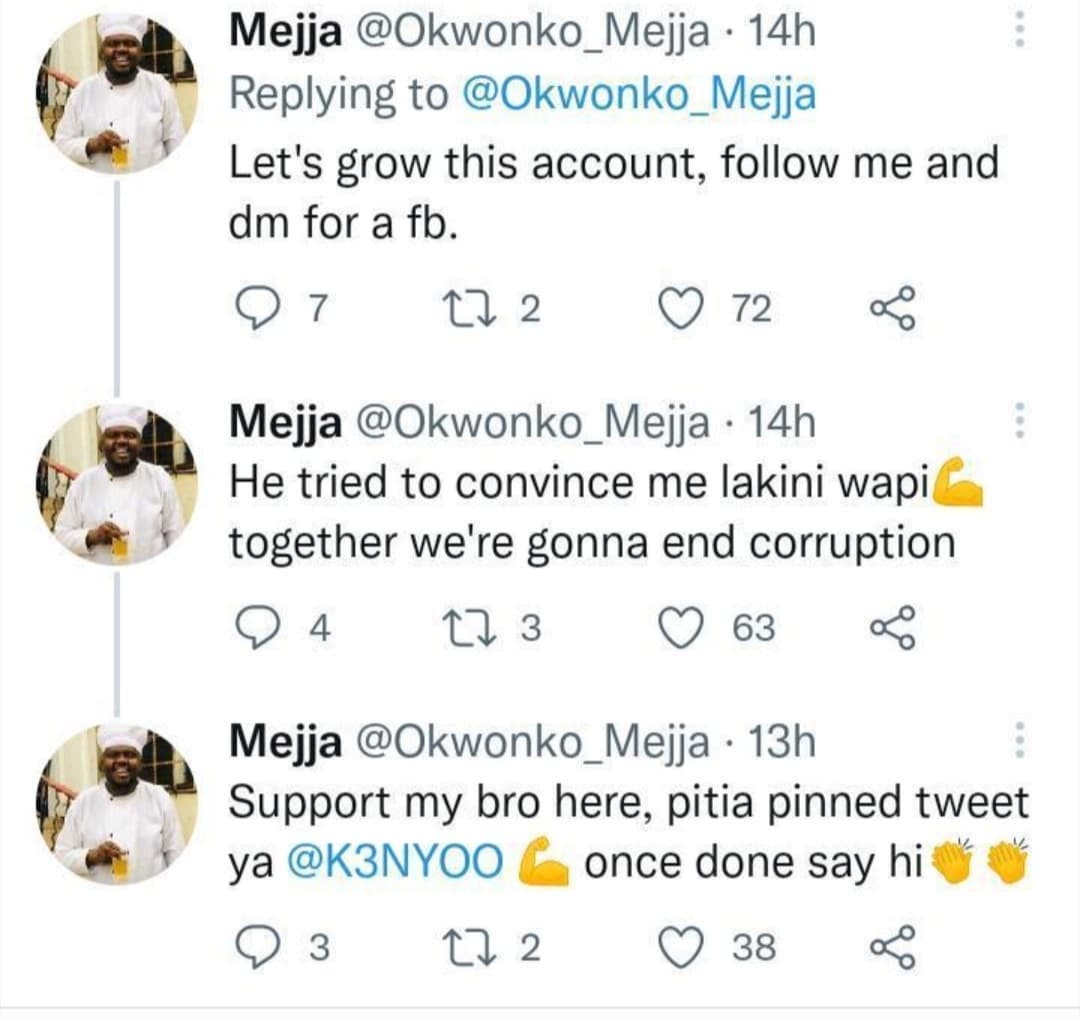 The twitter account under Mejja’s name was claiming that Jalang’o tried to recruit him to into wash wash business but he refused to join.