Ringtone Warns God, To Stop Serving Him If He Doesn’t Buy A BMW

MCAs threatens to shut down BBI 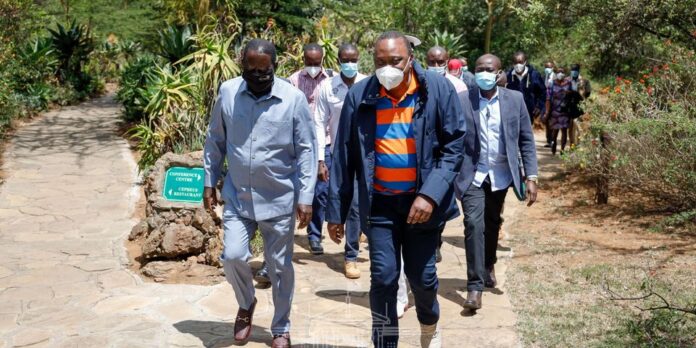 The County Assemblies Forum was formed by a special task force aimed at ensuring the voice of MCAs is heard by the BBI committee headed by the forum’s Chairman, JOhnson Osoi, and the boss of the taskforce, Ndegwa Wahome.

MCAs want county assemblies to be given complete autonomy in the proposed BBI document or they will reject it completely.

The Johnson Osoi, and Ndegwa Wahome, MCAs pushed for the expansion of the Senate’s powers to be the watchers of devolution.

Osoi wants MCAs to be given complete, control, and complete access to the kitty handed to them by the Governors who control the resources handed down to them.

Johnson Osoi wants MCAs to be able to perform oversight roles over the governors that are currently given control in Counties.

“The BBI should insulate county assemblies’ budgets from arbitrary or politically motivated interference by the county executive to kill the oversight role of the assemblies.” Johnson Osoi who is also the Speaker of Kajiado County Assembly said.

“This is the only way we can ensure the constitutionally provided mandate of oversight by MCAs is effective.

We recommend a comprehensive scientific costing of devolved and national functions and the devolved functions are followed by funds on a pro-rata basis from the shareable national revenue,”

The County Assemblies Forum(CAF) now wants President, Uhuru Kenyatta, and former Prime Minister and ODM party leader, Raila Odinga to address their pressing concerns on the BBI document or they shoot down the BBI report altogether.