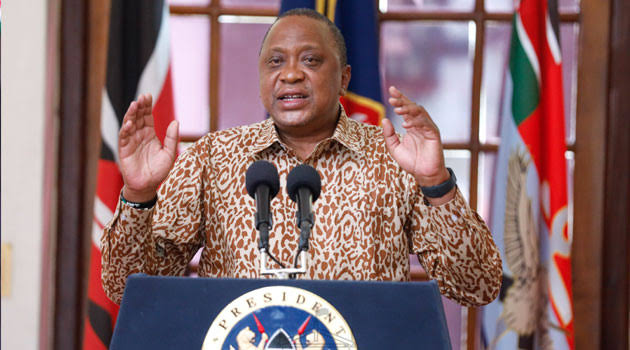 If you’re tired of President Uhuru Kenyatta’s leadership, then you should start embracing the fact that he may be at the helm of power beyond 2022.

This is according to Attorney-General Kihara Kariuki’s argument which is contained in a court filing challenging Chief Justice David Maraga’s landmark recommendation to dissolve Parliament before its term is complete.

In his application that was submitted yesterday by Solicitor General Ken Ogeto, Mr Kihara argues that the head of the Judiciary is out of order, and it is his intention to cause harm to the country.

“If Parliament commences a fresh term that falls out of the constitutional date for a General Election, the same will have the effect of altering the term of office of the president as, ordinarily, a presidential election may be held only on the same date as the General Election for MPs,” he says.

According to the AG, the Constitution requires that Parliament shall have a new term upon dissolution. If Uhuru abides by Maraga’s advice, MPs who get re-elected will earn a fresh mandate of five years. 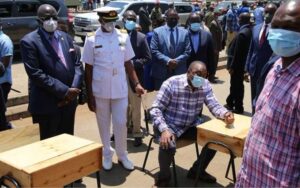 “Such a term may run out of the constitutional date for the conduct of the General Election of MPs, which is held on the second Tuesday of August in every fifth year.”

The AG further argues that in the event the august House is dissolved, the Constitution is vague on whether there should be a General Election or by-election.

The law is also unclear on the timelines within which an election arising from the dissolution of Parliament shall be held, he says. He also questions the CJ’s timing, saying that the Constitution does not set timelines for him to issue the advisory.

Kihara says there is uncertainty whether MPs should serve a fresh five-year term or exit office in 2022. This, he adds, has a bearing on county officeholders.

“The respondent’s advice is incapable of implementation in light of transitional and facilitative legal frameworks. This is in addition to the economic, political and social difficulties that the said advice portends.

“The respondent expressly admits to the profound ramifications of his Excellency the President heeding his advice but, nevertheless, issues the impugned advice on the logic that there is no pain without gain.

“In the present instance, however, the respondent breached his obligation by choosing a decision which causes the most harm to the Republic of Kenya.”

According to the AG, Maraga’s interpretation of Article 261(6) of the Constitution is flawed.

He argues that the provision requires the High Court to transmit its order to Parliament and the Attorney General before any other action starts.

In his advisory dated September 21, Maraga accused Parliament of snubbing his orders that required an explanation on why the two-thirds gender rule has not been enacted to date.

“Your Excellency, the two-thirds gender rule is an acronym for the constitutional imperative which prohibits any form of discrimination in the elective and appointive positions on the basis of one gender. It is clearly the radical remedy Kenyans desired to incentivise the political elites to adhere to and fully operationalise the transformational agenda of the Constitution they bequeathed themselves in 2010,” he wrote.

But Kihara, who was his colleague at the Court of Appeal, said the President has a right to ignore the advisory.

The AG is of the view that the Constitution does not contemplate a vacuum in Parliament where all lawmakers are sent home before their term ends.

My Ears Were Blocked After 25 Km – Kipchoge Says

Eliud Kipchoge was on Sunday beaten in the London Marathon as Ethiopia's Shura Kitata won in a thrilling sprint finish to claim the gold...
Read more
- Advertisement -
Celebrity