Man Feuds DP Ruto For Feasting With His Wife Without Permission 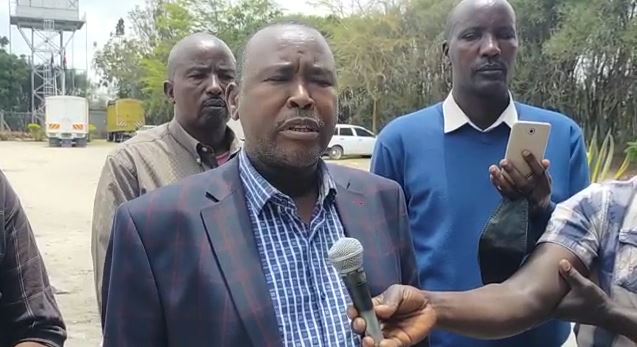 A husband to Kajiado East MP Peris Tobiko is feuding with Deputy President William Ruto and his wife for feasting in his home without his permission.

Kishanto Ole Suuji claims that his wife, Tobiko hosted DP Ruto at their Irpolosat home in Kajiado without consulting him.

Following the political meeting at his home, Suuji reportedly sort the intervention of security personnel to stop the political gathering claiming that DP Ruto and his team trespassed into his matrimonial home.

Security officer, however, told the irate husband that the meeting had been permitted and it was already late to disrupt it as it could cause unnecessary tension as reported by K24 digital.

Suuji claimed that he was the homeowner and he ought to have been consulted by his wife about the political gathering at his home. According to him, he only learnt of her intensions to host DP Ruto at their home on Thursday evening.

Speaking to the media at Isinya police station, Suuji said it was morally wrong for his wife to hold such a meeting at his home without consulting him.

Suuji also distanced himself from DP Ruto’s allied party, United Democratic Alliance (UDA) noting that he is pro the ruling government and cannot support such political moves to be held at his home.

He noted that he is hurt and embarrassed by his wife’s decision to hold such a meeting at his home.

Suuji’s wife, Peris Tobiko has been a vocal Jubilee and handshake support until recently when rumors started to spread that she intended to switch her political allegiance to Ruto’s team hustler.

Search For Peace Of Mind Takes Mr. Nice To Kitengela

Why Sankok Was Banned From Burying Son At His Own Home, Resorting To A Lonely Bush