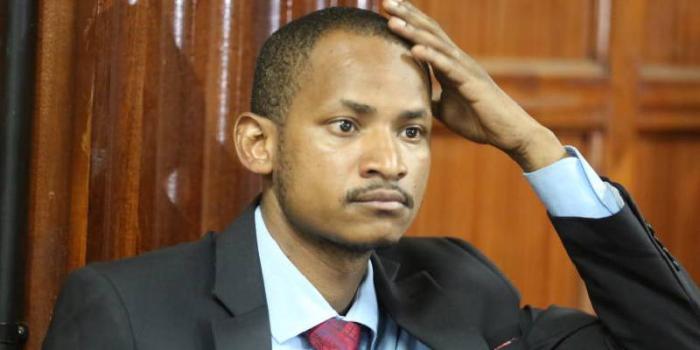 Babu surprised many Kenyans on social media after coming out to confess his new love for Christ after abandoning his old bad deeds like drinking.

On a Facebook post, the humble-looking reformed MP took netizens down the memory lane to where his drinking habit began.

He acknowledged that he has observed the rising anger from fellow citizens against him. But asked Kenyans to pardon him as he was like any other person with a weakness that he had been working on.

Babu Owino revealed to Kenyans that he grew up in Nyalenda slums in Kisumu where his mum was selling chang’aa and that it played a major role in shaping him to the person he has become.

According to the legislature, his mother sold the local brew out of desperation to educate and feed her children and that was the only option she had to survive.

He added that he often observed his mother and her customers being ambushed and whipped by police for selling illicit brew.

“At that time I was in primary school and all this would affect any child and even in high school police could come to our home and arrest me, my mum, and all our siblings and we would be taken to Central Police Station in Kisumu. I would not like any Kenyan citizen to go through this,” said Babu.

Babu disclosed that his first time to take chang’aa was when he was eight arguing that the circumstances at the time only forced his family to turn to the bottle.

“I have had my past, some of which is dirty. I have reached a turning point and I have decided to make a change that I am proud of.

“It has been six months, nine days since I last touched alcohol. I pray regularly. I fellowship with my wife who has a fellowship group and I am looking inwards to become a better person,” he explained.

In the video, the first time parliamentarian thanked his mother for the crucial role she had played in making her a better person.