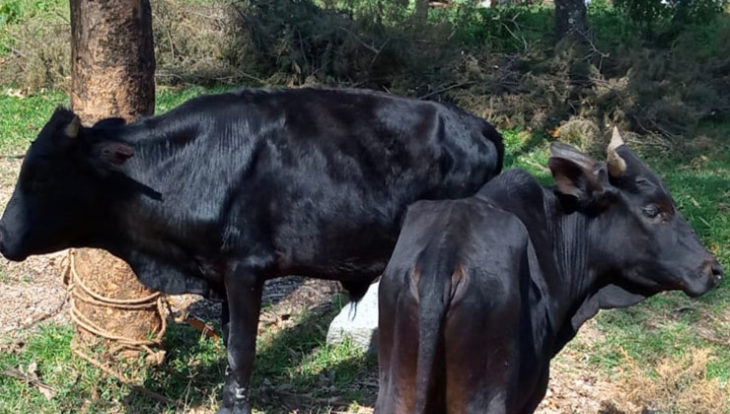 PastorPolice in Lurambi, Kakamega County, is holding a 35-year-old pastor accused of stealing his neighbour’s cows.

Joash Wanyoyi, a resident of Sichirayi Village, was on Friday, caught with two stolen cows inside a forest near his home.

Areas residents said Wanyoyi stripped naked and tied a rope on a tree while threatening to commit suicide saying he had broken one of the Ten Biblical Commandments, which forbids stealing.

Wanyonyi admitted sealing the cows saying he stole the cows so that he could take them as dowry to his wife’s home.

The owners of the cows, Thomas Namayi Ambunya and Laban Andugu Mbayaji, said they woke up on Friday morning to find their cows missing.

Thereafter they embarked on searching for the stolen cows in the nearby market.

“Later Friday morning, a neighbour called and informed me that the animals had been found the cows tied in Sichirayi Forest and that a local preacher had confessed to making away with the animals,” said Namayi.

The area Chief Philip Chunge confirmed the theft, saying that the suspect has been busted by his neighbours.