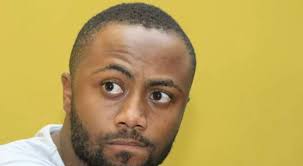 Joseph Irungu popularly known as Jowie might once again be taken to remand prison  if the court decides to cancel his bail.

Jowie was released on a cash bail last year by Justice James Wakiaga. He is accused alongside journalist Jackie Maribe for the gruesome murder of business lady Monica Kimani in Kilimani, Nairobi in August 2018.

DPP says that the accused engaged in a fight while at a club this in March this year contrary to the bail terms.

“On March 7 while at 1824 Jowie assaulted Rodgers Okuta but even though the complaint was withdrawn, it is quite clear that he has proceeded to commit a similar offense or crime resulting in body injury of another person while out on bail,” reads the affidavit by  Chief Inspector Maxwell Otieno.

Otieno further revealed that the accused had gone against court orders that stopped him from making comments, discussing and even posting about the case.

Jowie allegedly discussed about the case in two YouTube interviews.

“We pray that this honorable court affirms that Jowie’s bail stands canceled and proceeds to commit him at Industrial Area remand prison or any other remand prison,” Otieno said.

It is further alleged that he has ignored Justice Wakiaga’s order to report to his chief in Nakuru where his parents stay to submit a report every month.

“I have confirmed that the accused does not live with parents at Nguta Estate Nakuru County and does not assist his parents with their poultry farming as he is not living with them,” Otieno said.

The application further states that Jowie stays in Nairobi and works for a private security firm. He is also a regular visitor at club 1824 located in Lang’ata, an area that has been since marked as a secondary crime scene.

According to the prosecution, he violated court orders by residing in Lang’ata  where witnesses are likely to come from.

The court is set to make its decision on the matter on September 28, 2021.