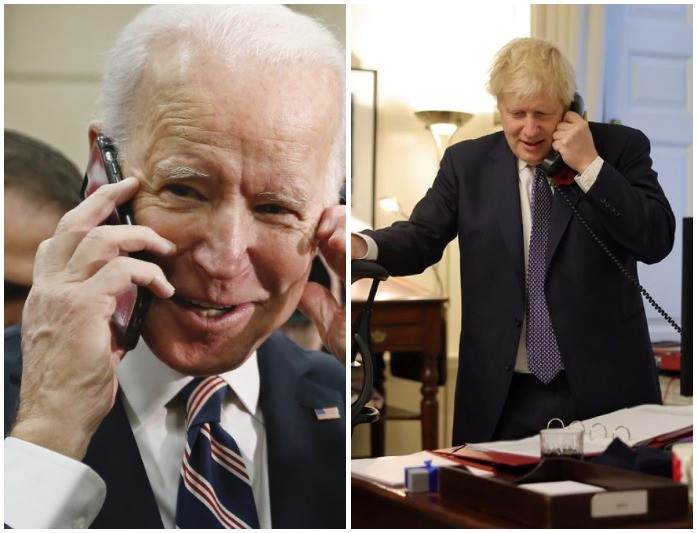 Biden’s phone call with Johnson was however not cordial per se, the US President-elect expressed his worry with UK’s Brexit plans.

Johnson is pushing legislation in parliament that could undermine the Good Friday Agreement, the landmark peace deal which largely brought peace to the
Republic of Ireland and Northern Ireland (which is part of UK).

Separatists in Northern Ireland fought a bloody war with UK government in the 90s in a bid to join Republic of Ireland as a united country.

Good Friday Agreement ended the conflict in 1994, the peace agreement saw the end of a hard border between the two Irelands.

Boris Johnson’s Brexit plan could see a hard border reimposed between Republic of Ireland and Northern Ireland which can subsequently jeopardize the Good Friday Agreement.

Biden, who has Irish roots, is concerned that Johnson’s Brexit plan can stir up conflict. According to the Financial Times, Biden reaffirmed his support for the Good Friday Agreement in his phone call to Johnson, and warned that the UK’s exit plans must not impede the peace agreement.

“They had a very positive call. What they talked about was the importance of implementing Brexit in such a way that upholds the Good Friday Agreement and the prime minister assured the president-elect that would be the case,” Boris Johnson’s spokesperson was quoted by Business Insider.

Even before he was elected President, Biden warned in September that he would refuse to agree a trade deal with the UK if Boris Johnson followed through on British legislation which he said could undermine peace in Northern Ireland.

“We can’t allow the Good Friday Agreement that brought peace to Northern Ireland to become a casualty of Brexit. Any trade deal between the U.S. and U.K. must be contingent upon respect for the Agreement and preventing the return of a hard border. Period.” Joe Biden tweeted in September.

Related: This Is What Magufuli told Joe Biden In His Massage Of Congratulation To The US President-elect