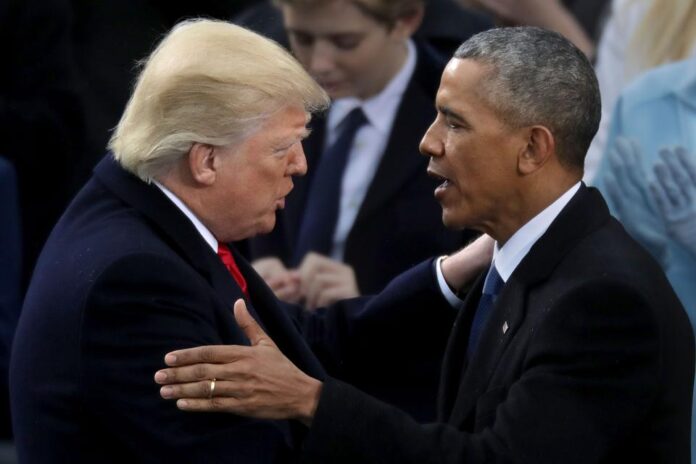 Barack Obama has for the first time publicly commented on Donald Trump’s refusal to concede defeat and making unfounded claims of voter fraud.

The incumbent has filed a series of lawsuits in a battleground states where Biden defeated him alleging vote fraud.

Trump is also frustration Biden’s transition, ordering members of administration not work with the President-elect.

Obama commented on Trump’s unfounded claims of voter fraud while speaking in a new interview with 60 Minutes on CBS Evening News.

The former President said Trump’s refusal to concede defeat was motivated by his ego, saying the incumbent doesn’t like to lose.

“They appear to be motivated, in part, because the president doesn’t like to lose and never admits loss,” said Obama.

Obama warned members of Trump’s Republican party who encourage and support his unfounded claims of election fraud put US democracy on a dangerous path.

“I’m more troubled by the fact that other Republican officials who clearly know better are going along with this, are humoring him in this fashion,” Obama said. “It is one more step in delegitimizing not just the incoming Biden administration, but democracy generally. And that’s a dangerous path,” Obama said.

Obama was speaking ahead of the release of his new memoir, ‘A Promised Land’, which charts his rise to the US Senate and first term as president.

Due for release on 17 November, Obama’s memoir is the first of two books covering his time in the White House.