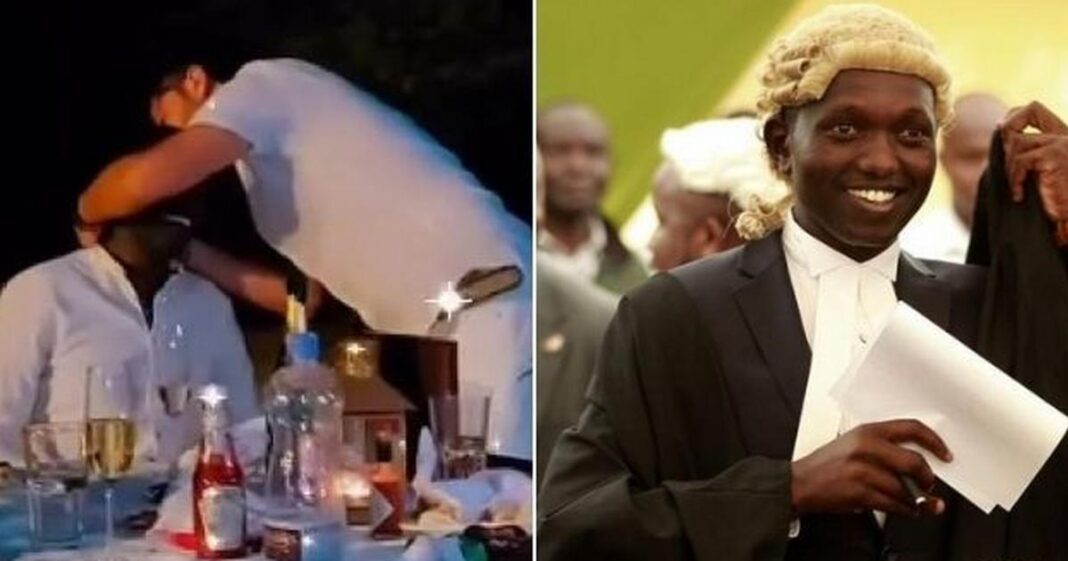 Man who was seen in viral video which sparked rumors that Nick Ruto held a gay engagement party has come out to speak on his marriage to Evelyn Chemutai.

The video which went viral on social media showed Nick being given a chain by Viraj, he got close to the DP’s son and put the glittering chain around his neck amid claps from a few people in attendance.

The sight of Nick and a fellow man putting a chain on his neck prompted many people to conclude that the duo was a gay couple.

Nick’s sister Charlene Chelangat Ruto however rubbished the gay rumors saying that the video was just taken during her brother’s birthday and that the gay claims was just pure lies.

“It was Nick’s birthday, the rest is garbage circulating”, wrote Charleen on Facebook.

Nick seemed to have permanently buried the gay rumors when he married Evelyn Chemutai in a Kalenjin traditional wedding on January 15th 2022 at Windsy Ridge Karen.

The wedding confirmed that he is straight as all those who doubted his sexuality maintained silence as the wedding photos filled social media.

But even before the dust completely settled on Nick’s sexuality, Viraj Shah came out to cry foul.

Nick’s alleged gay lover lamented that the DP’s son dumped him and married a woman because his father forced him.

“I wish I could be a little boy again because bruised knees are easier to heal than a broken heart. It is said that you disregarded all the promises we made to each other and all the memories just to please your dictatorial father. What can I say? I will never stop loving you Nick and it’s disheartening that you have to live a lie in this day and age when you can choose freedom. We were so close to formalizing our union babe, but now you have to pretend to be “normal”. For power? Is it even worth it? Always be true to yourself and your feelings. So long, my love. Love, Viraj Shah.” 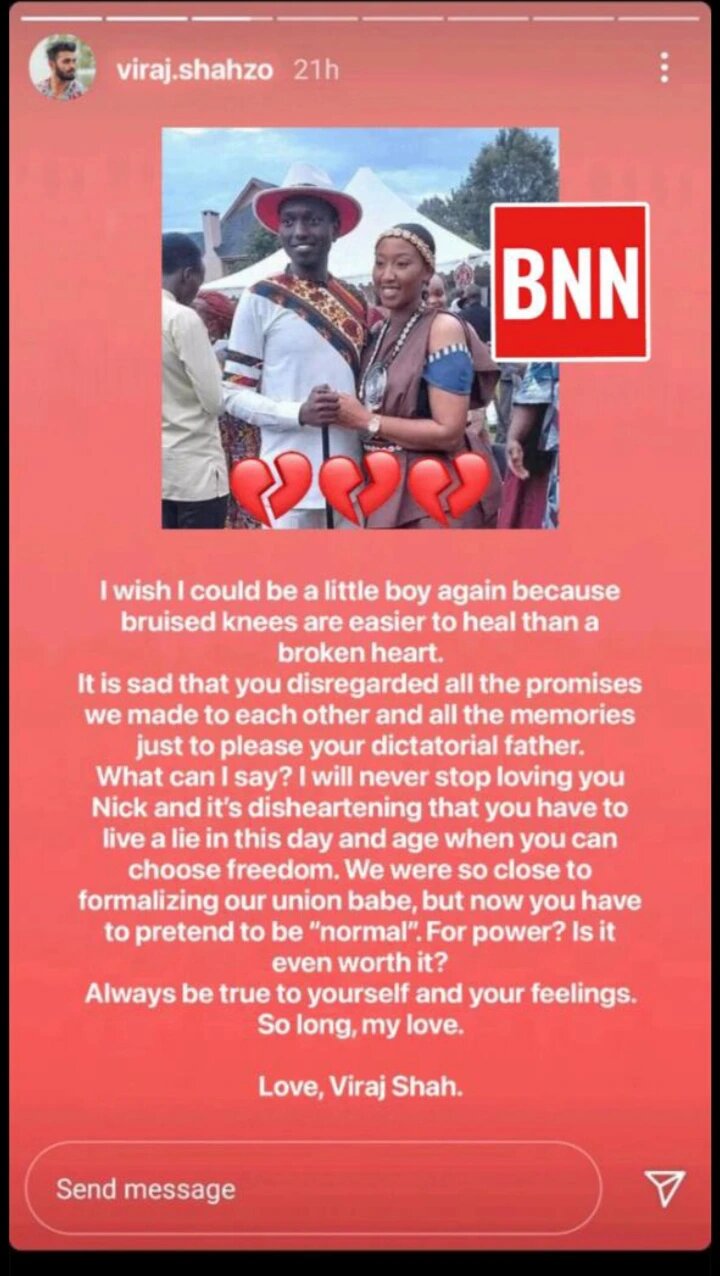 Related: Ruto’s Son Denies Being Gay After Video Surfaces Showing Him Getting ‘Engaged’ To Another Man

Kenya Permits Tanzanian Airlines In The Country Amid Row