Mirema Shooting: 7 Unsuspecting Wives, Over 300 Bank Account And Over 30 Arrests, Inside The Dark Life Of Samuel Muvota 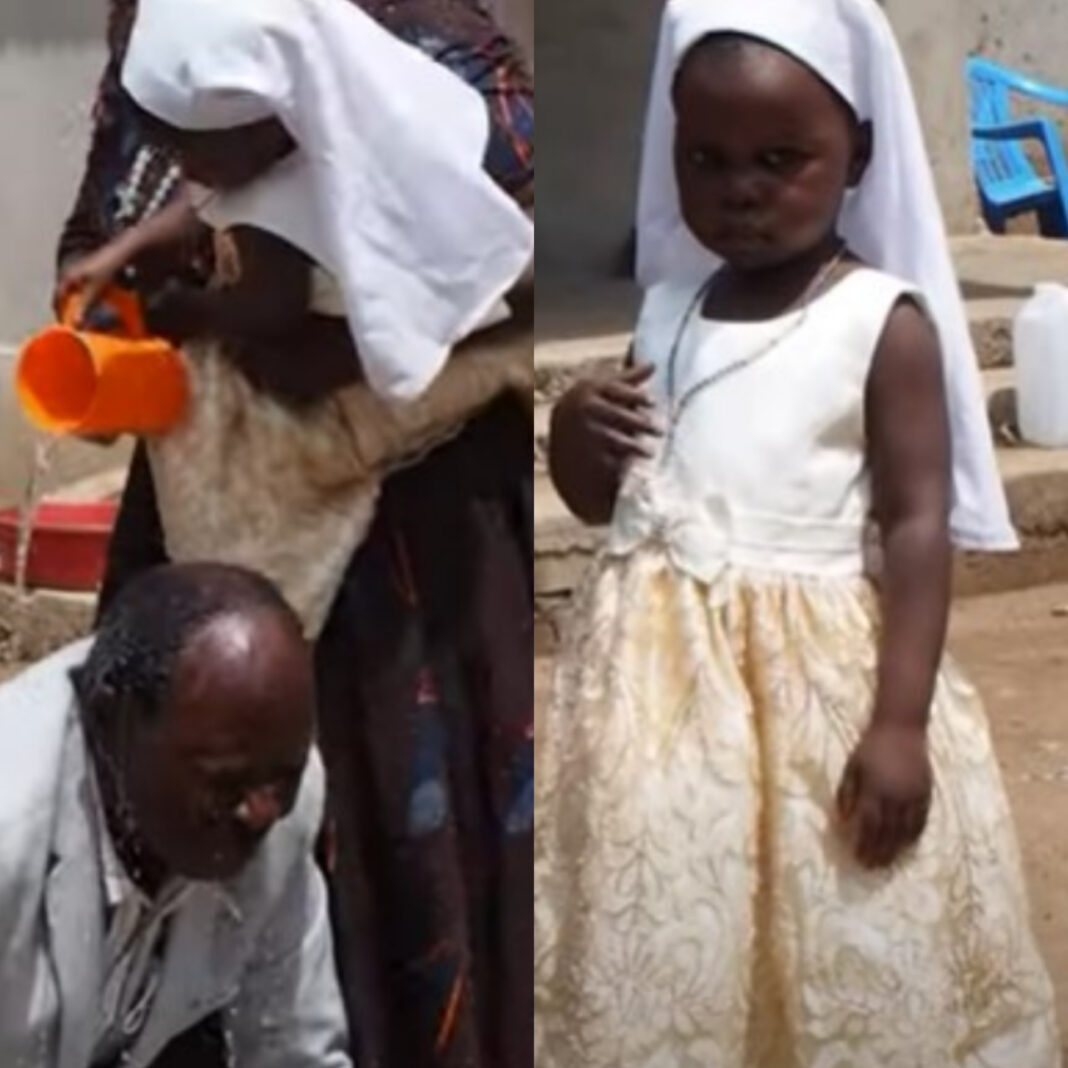 A three year old girl from Mara in Tanzania left the world shocked with her powers of healing people just with water that she prays for.

Annice has healed thousands of people with strange diseases that even doctors could not cure, mad people, those with cancer among others

The girl was born differently, not like normal children. Babies are usually born after 9 months in their mothers womb, but for her, she stayed in the womb for three years. As if that is not enough, the youngest healer in the world began talking and walking just 7 months after her birth.

The minor is the lastborn in the family of 11 children, their parents being Julius Utieno and Agnes Taabu. They are members of the Catholic church. Their home is usually full of people from different parts seeking healing.

The girl began to heal people after one day she claimed that she was being called by her mother(Mary the mother of Jesus). She believes Jesus Is her brother.

At the time, she was playing with other children who did not hear any voice and even though she was talking about her biological mother. She however followed the voice and entered into a burning flame. The other children who had followed her tried to stop her and when their attempts failed, they rushed home to report what had transpired.

Her parents ran to where she was only to meet her on her way back. She knelt down and perfectly said the hail Mary prayer along with St. Ignatius prayer which at her age she had not been taught.

“From that day, we follow her instructions,” her father told Afrimax.

The girl does not charge anybody to heal them. Her parents claim that people who don’t like her work have tried to kill her multiple times.

“Someone once brought poisoned juice and she poured it down. Witches and wizards in this area hate her so much as she always heals those whom they bewitch. One day, they gave her a poisoned banana and the child detected that  and she said why would you kill me with  poison. The suspect shamefully ran away,” her mother recounted.

RELATED STORY:  “I was Screaming, I Could Not Sleep,” Girl Who Landed Mortuary Job At 16 Years Opens Up

Why Chebukati Will Not Clear Kalonzo Musyoka To Run For Presidency

Uhuru’s Mole In Ruto’s Camp? Why Ruto Is Very Afraid Of Moses Kuria After Choosing Gachagua