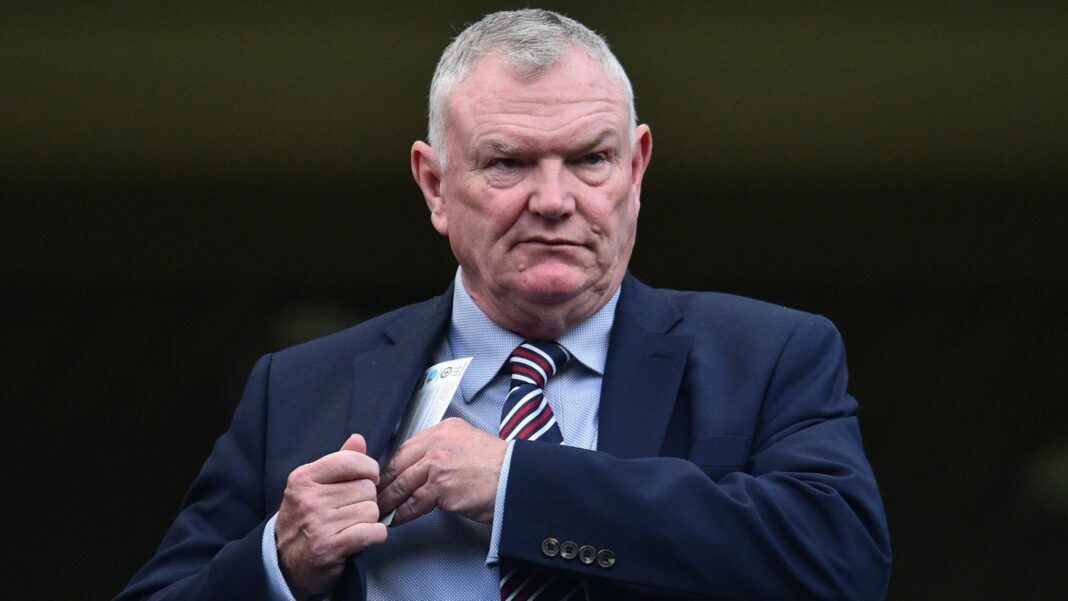 Football Association chairman Greg Clarke has resigned over the “unacceptable” language he used when referring to black players.

Clarke said he was “deeply saddened” for the offence he had caused by using the term “coloured footballers”.

The comments came as he was talking about the racist abuse of players by trolls on social media to the Department for Digital, Culture, Media and Sport (DCMS) select committee via video link.

Clarke said his words were a “disservice to our game”.

He prompted further criticism when referring to gay players making a “life choice” and a coach telling him young female players did not like having the ball hit hard at them.

He also said there were “a lot more South Asians than there are Afro-Caribbeans” in the FA’s IT department because “they have different career interests”.

“We can confirm that Greg Clarke has stepped down from his role as our chairman,” said an FA statement.

“Peter McCormick will step into the role as interim FA chairman with immediate effect and the FA Board will begin the process of identifying and appointing a new chair in due course.”

Following his resignation, Clarke said: “My unacceptable words in front of Parliament were a disservice to our game and to those who watch, play, referee and administer it. This has crystallized my resolve to move on.

“I am deeply saddened that I have offended those diverse communities in football that I and others worked so hard to include.”

During the parliamentary hearing, Clarke apologized after being prompted to say sorry by MP Kevin Brennan.

Brennan said Clarke’s language in reference to black players was the kind that did not encourage inclusion, while fellow committee member Alex Davies-Jones called it “abhorrent”.

Clarke had earlier spoken of the need to attract people into the sport from a diverse range of communities.

The equality charity Kick It Out said his remark about black players should be “consigned to the dustbin of history” and criticized his comments concerning people from South Asia, gay players and female footballers.

Clarke had been called to give evidence to the DCMS committee about the Premier League’s potential bailout of English Football League clubs and the structural reforms proposed as part of Project Big Picture.

“As a person who loves football and has given decades of service to our game, it is right that I put the interests of football first,” added Clarke in the statement confirming his departure.

“2020 has been a challenging year and I have been actively considering standing down for some time to make way for a new chair now our CEO transition is complete and excellent executive leadership under Mark Bullingham is established.”

A statement from anti-racism charity Show Racism the Red Card said Clarke’s comments “only serve to demonstrate the power of language and the damage of stereotyping groups of people”.

Speaking before the resignation was announced, Sanjay Bhandari, executive chair at Kick It Out, said Clarke’s comments to the DCMS were outdated.

“I was particularly concerned by the use of lazy racist stereotypes about South Asians and their supposed career preferences. It reflects similar lazy stereotypes I have heard have been spouted at club academy level,” he said.

“Being gay is not a ‘life choice’ as he claimed too. The casual sexism of saying girls do not like balls hit at them hard is staggering from anyone, let alone the leader of our national game. It is completely unacceptable.”

Sports Minister Nigel Huddleston said: “Greg Clarke’s comments have caused deep offence and were completely unacceptable. I acknowledge his decades of service to football and his apology, but he was right to stand down as chairman of the FA.”