Gospel singer Peterson Ngetha alias Pitson is grateful to his wife Carol Nyokabi for not exposing him after she discovered that he was cheating on her.

Pitson who was on his active days in the gospel industry regrets that he did not use the money he made on his wife but instead chose to be a sponsor to different women.

Speaking with Robert Burale during the ‘Oh Men’ show, Pitson revealed that his first song Lingala ya yesu earned him lots of money and he was only paying 22,000 as rent in Kinoo with very little responsibilities.

“I met my wife Carol in the second year. We started dating and we got married. Later, I got a job at a bank. That is when I released the ‘System ya Kapungala.’ There was so much money during that time,” said the musician.

Pitson, who had been brought up as a pastor’s child, confessed that he used to pay rent for different women who paid him with sex.

“They would pay me with sex. Purity and faithfulness were thrown out of the window. My wife also found out about it through messages that the budget did not add up,” Pitson said.

As a result, Nyokabi left him for her parent’s home. 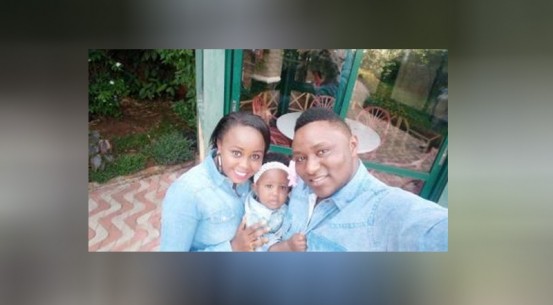 “She left and the embarrassing moment is my parents going to her house and promising that their son would behave. I was being asked questions and I had to accept.”

Pitson still did not learn his lessons even after convincing his wife to come back to him.

“My wife came back home but I became wiser in hiding my escapades. She found out again and left again and my parents had to go back and see her parents,” he said.

That is when they decided to file for a divorce however the plan did not push through.

“But we later agreed to mend things and she never left again,” he said.

The musician said that all the side chicks he kept were church women.