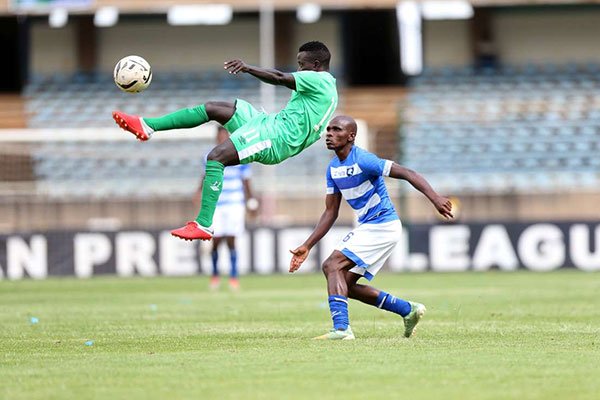 Bet High, who are yet to begin their business in Kenya will bankroll the country’s biggest community clubs for the next three seasons.

In the deal with the clubs, Bet High will give the reigning KPL champions Sh55 million per season while Igwe will be awarded Sh40 million.

The firm will launch its operations in Kenya under the brand name Betsafe soon and will focus on supporting football from the grassroots level to the top-flight league.

“We will be launching in the Kenyan market very soon and our top priority is to support Kenyan football. Being a responsible gaming provider since the very beginning we aim to bring more engagement and excitement together with Gor Mahia and AFC Leopards soon,” said Tom Bwana, Public Relations and Partner Manager at Bet High.

The news about the sponsorship will be a sigh of relief for the two clubs who have endured tough financial times in the recent season after their previous sponsor – SportPesa pulled out.

“We are very happy to announce this deal with Betsafe. A very welcoming message to all our fans that we have secured long term financial support from a  strong and safe partner,” Gor Mahia chairman Ambrose Rachier said.

According to Rachier, Gor has received a partner that shares its passion and values about football and the excitement that comes with it.

AFC Leopards chairman expressed his joy to get the sponsorship since it gives them a sense of security and ability to work at peace to be able to focus more on becoming the best team in the country.

“We are proud to announce this new major deal with Betsafe brand, especially to our fans. For us this sponsorship means everything, as it gives us a sense of security and works at peace,” said AFC Leopards chairman Dn Shikanda.

This will be the second time the Mashemejis will get a joint sponsorship by the same gaming firm after their previous partnership with Sportpesa.