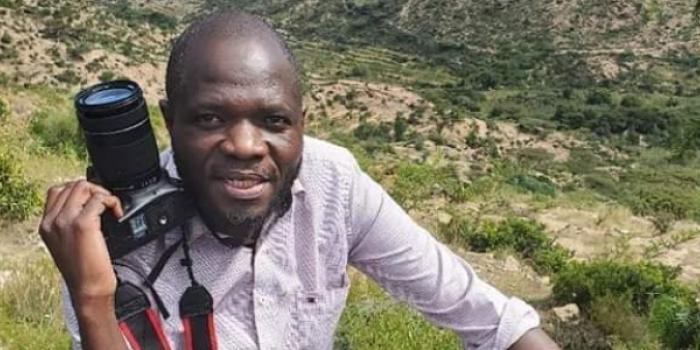 The incident was reported by his friends. One of his friends, Henry Muya, Yassin’s cell phone has been out of reach since Thursday, July 2.

“I have tried to call the number but it is off up to today,” Muya said.

Muya added that Yassin was not responding to his email messages and texts on his social media pages.

On July 3, human rights defender, Mr. Alamin Kimathi said the has received information that Yassin was in an Ethiopian jail for allegedly being a communication specialist for the Ethiopian Opposition leader, Jawar Mohammed.

Kimani added that Yassin was based in Fintinne, the capital city of Oromia, and had been picked from his hotel by people suspected to be Ethiopian security agents and taken to an unknown location where he is held incommunicado.

Yassin’s family has pleaded with the Nobel Prize Committee, Amnesty International, and Committee to Protect Journalists to intervene and their kin is released.

Jawar gained his prominence as a writer and speaker on Oromo and Ethiopian politics mainly amongst the US-based diaspora. He was a critic of the Oromo Liberation Front and their perceived failure to effect meaningful political change in Ethiopia.

Back in October 2019, the journalist reported that members of the police have tried to force his security detail to vacate the premises of his home in Addis Ababa. This was after Yassin and his group allegedly planned to mobilize a mob.

That came after the prime minister gave a speech in parliament in which he accused media owners who didn’t have Ethiopian passports of playing it both ways, referring to Jawar. The Prime Minister added if that proceeded to undermine the peace and existence of Ethiopia, he will take measures.

The reports caused countrywide clashes where at least 67 people died including five police officers. After weeks of clashes have come to an end, Prime Minister Abiy said the death toll rose to 86.

On June 30 2020 Jawar was arrested by the Ethiopian Federal police after an incident between his guard and police that resulted in the death of a police officer.