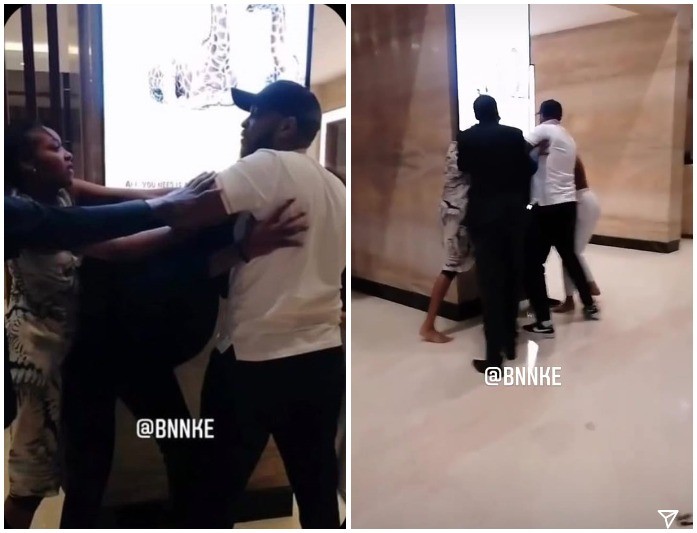 The two brothers attacked one lady and when other woman came to her help they also turned their anger at her.

The drama at Ole Sereni was first reported by blogger Edgar Obare after a man who witnessed the whole incident shared clips.

According to on the man who sent Obare videos of the incident, drama ensued after Eddie Ndichu hit on his girlfriend and when she turned him down he became violent. 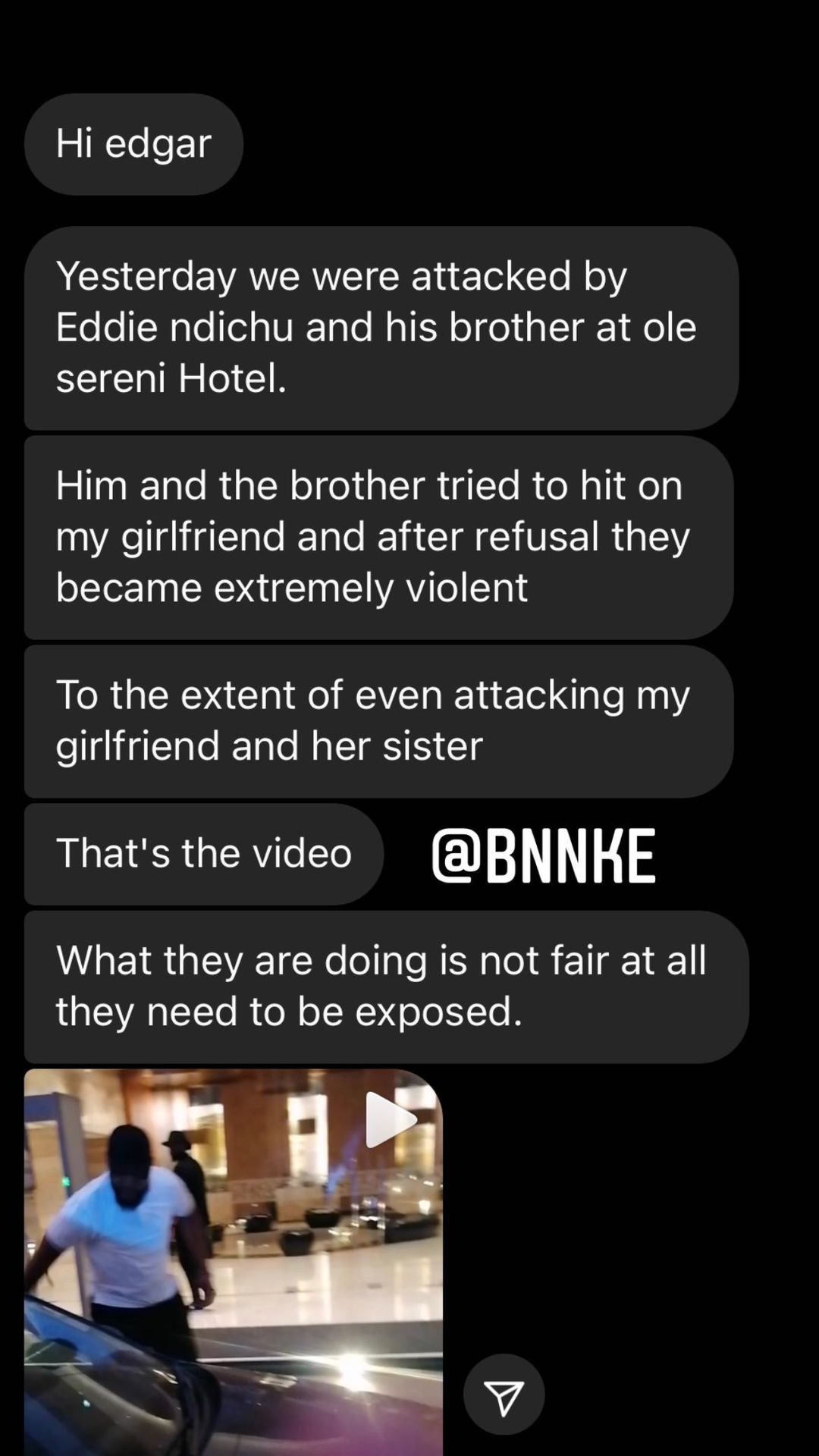 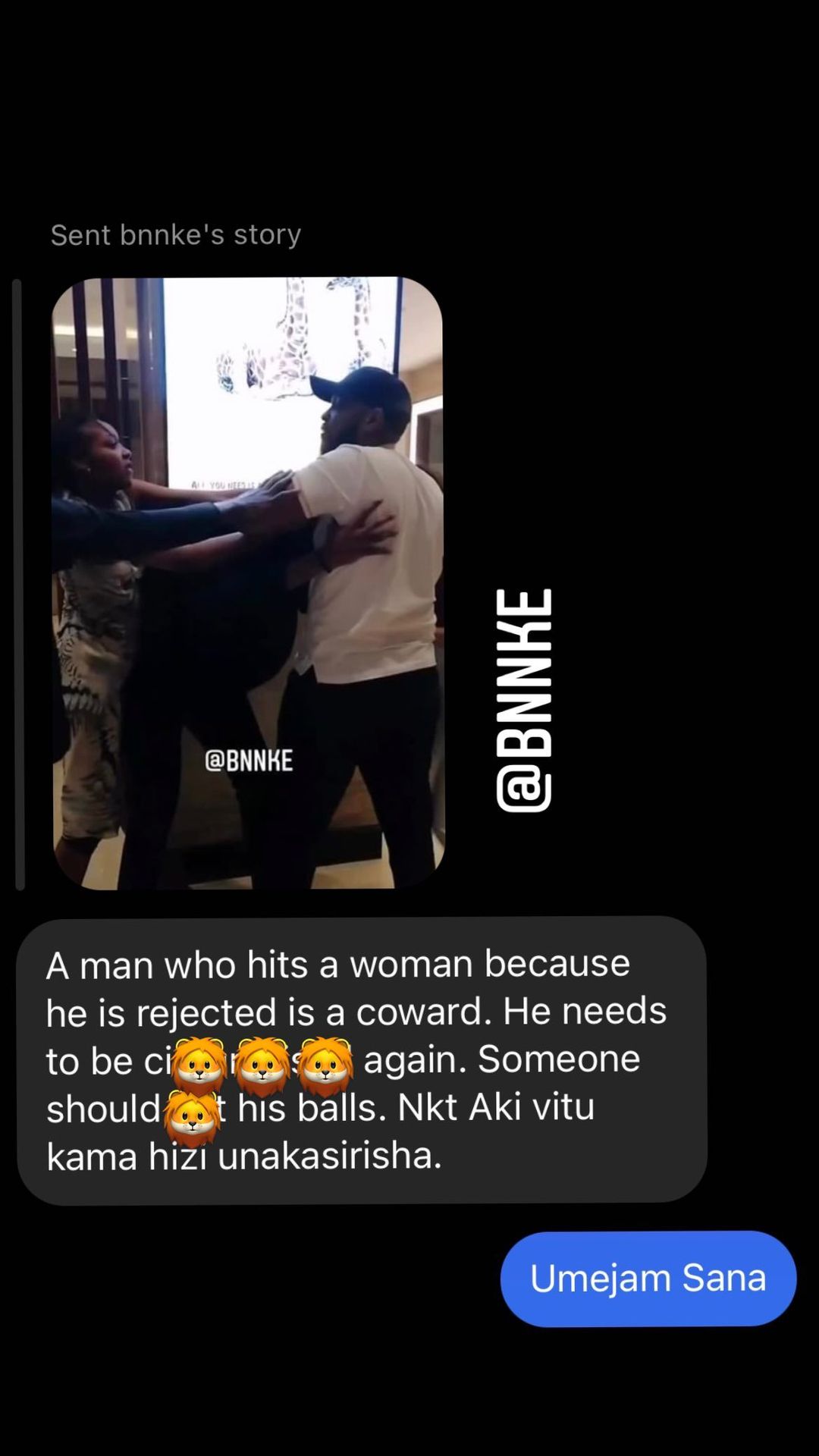 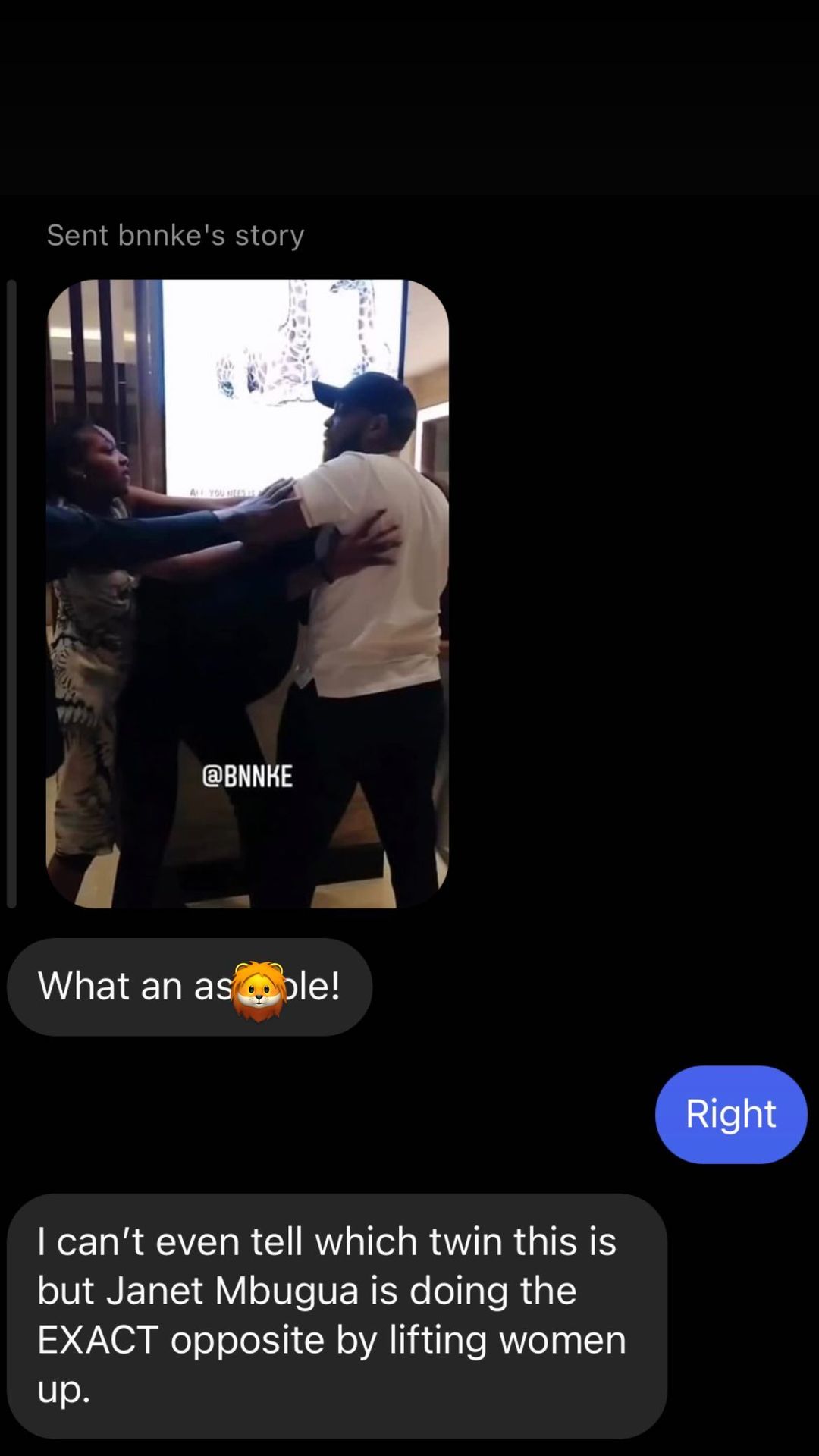 So angry was Eddie Ndichu that he boldly broke a car’s side mirror before walking back to the hotel lobby to help his twin who was still fighting the women.

The drama at Ole Sereni made many people conclude that Janet Mbugua was probably a victim of domestic abuse.

Eddie and Janet parted ways after six years of marriage. Hawk-eye online sleuths noticed that Janet no longer wears her wedding ring and has also deleted the “wife” tag she had on her Instagram page.

Eddie’s absence from Janet’s during the launch of Inua Dada Centre also raised eyebrows given that there were already tell-tale signs and rumors that all wasn’t well in their marriage. 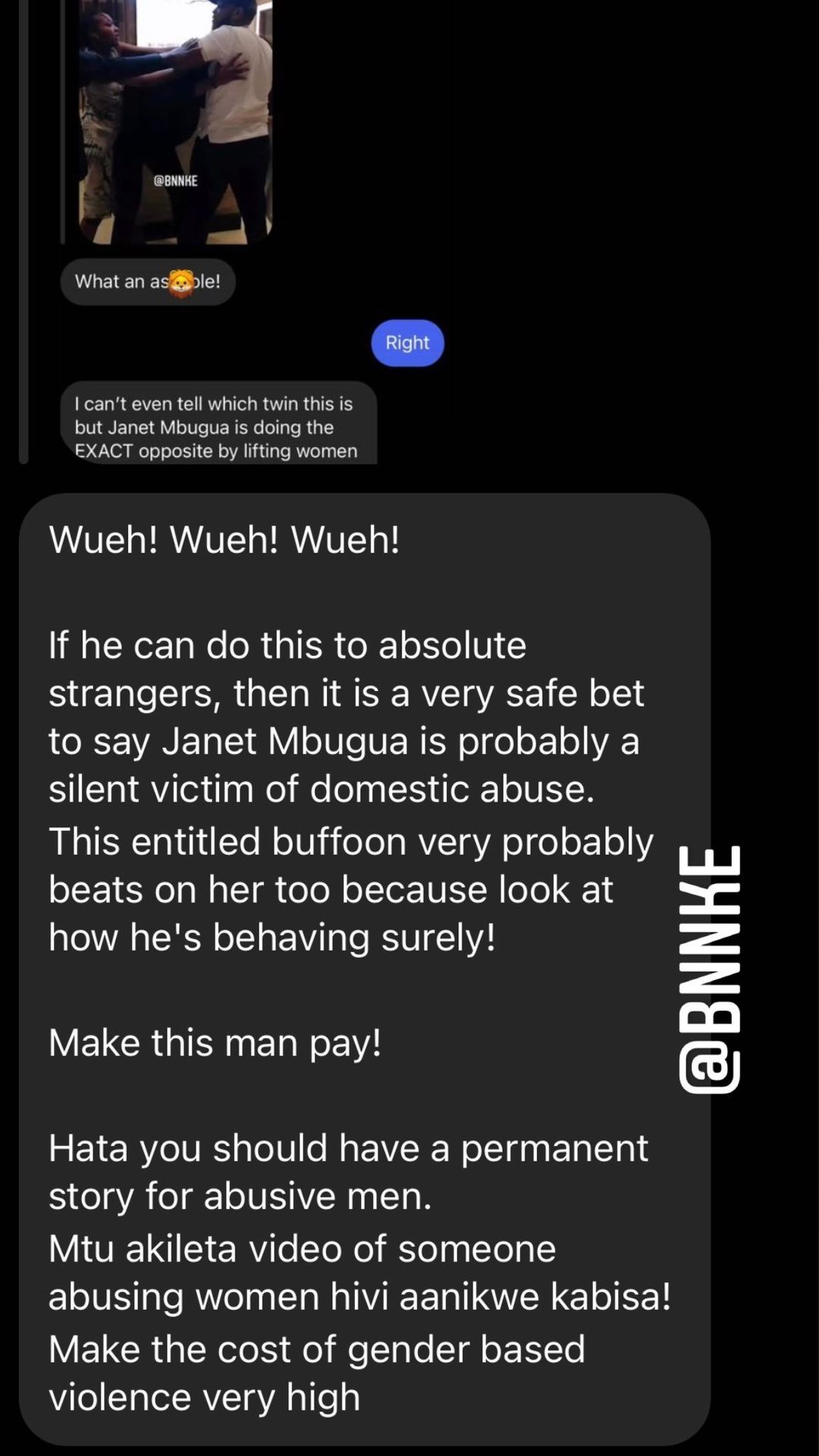 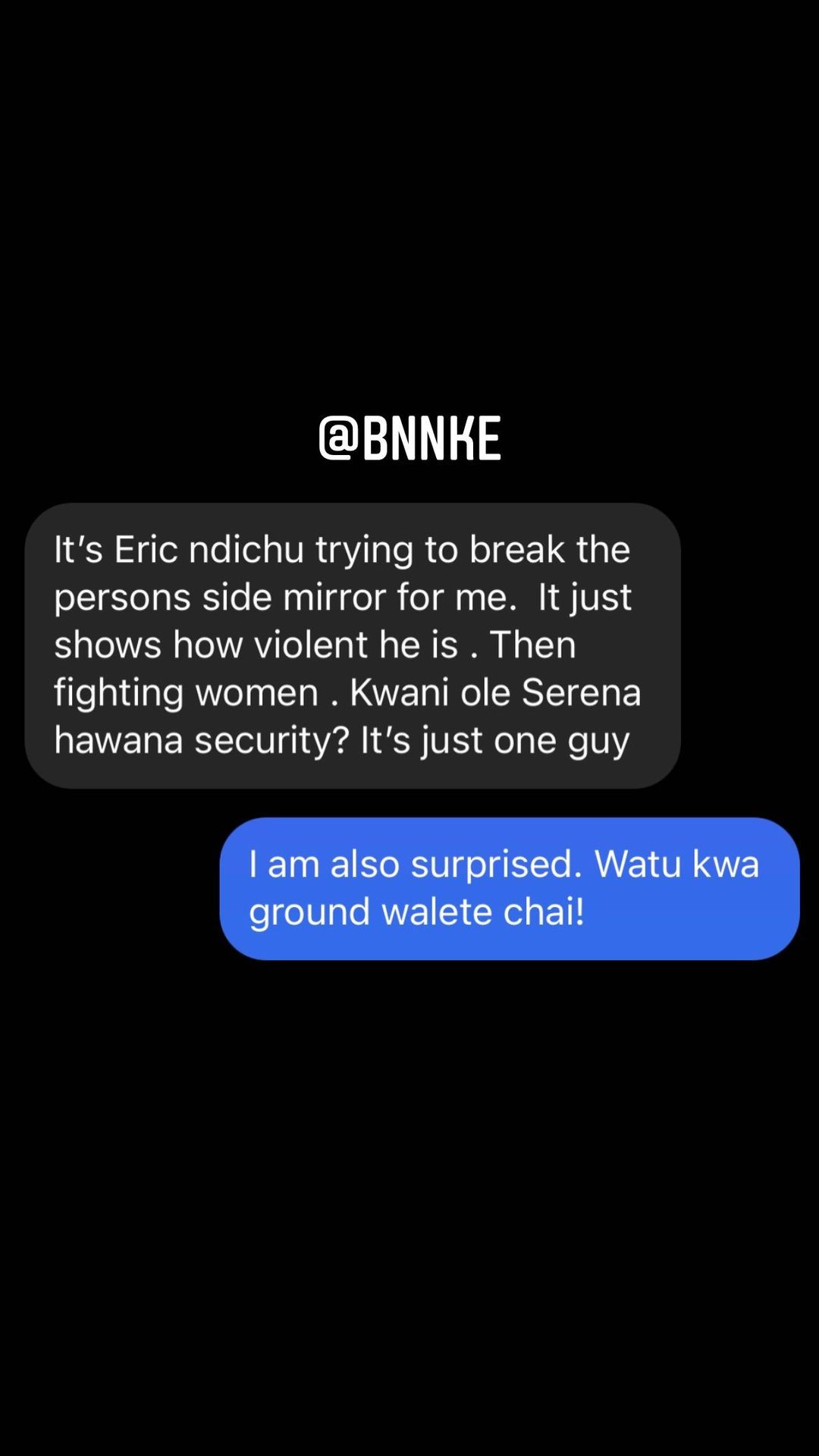 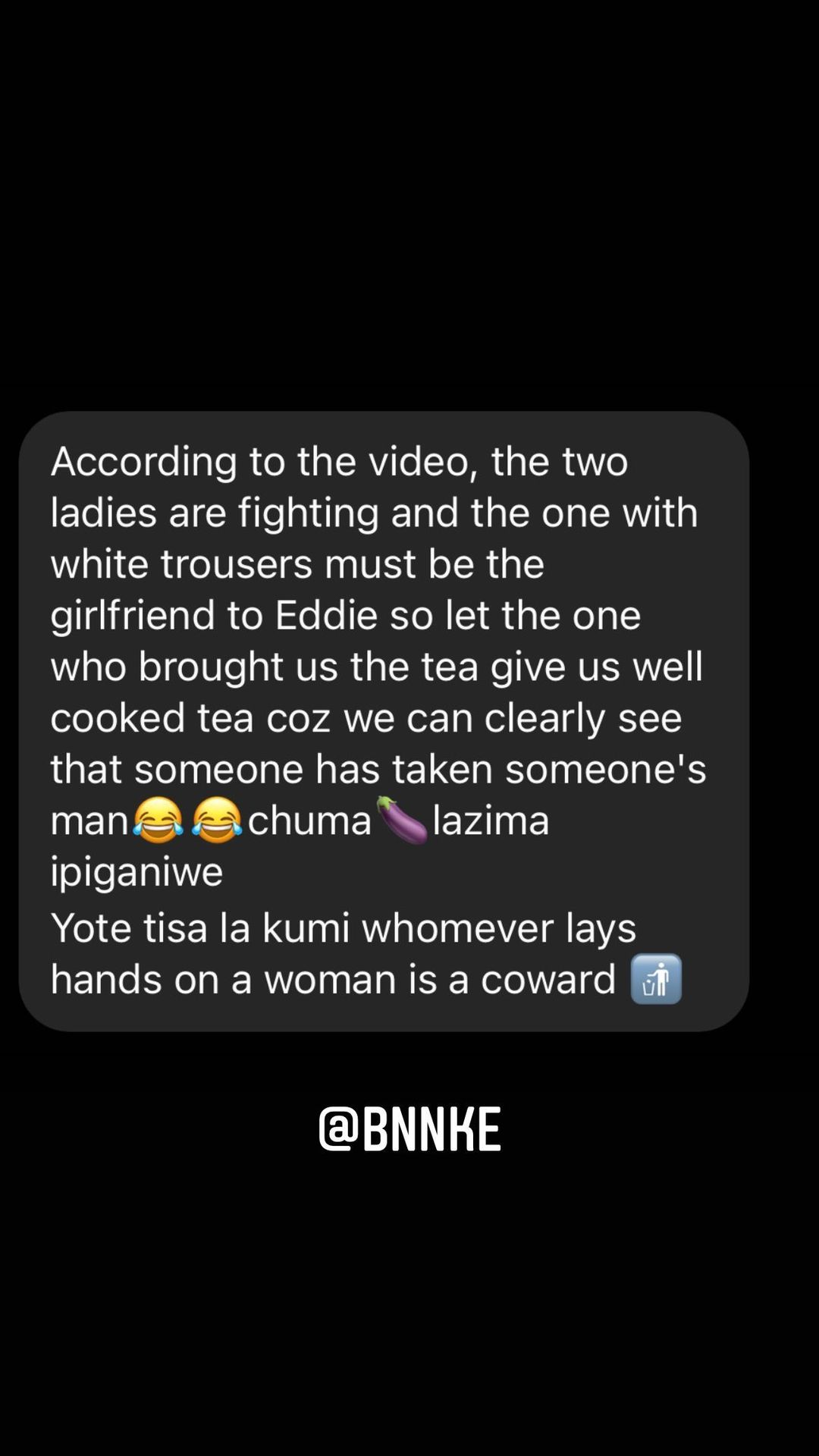 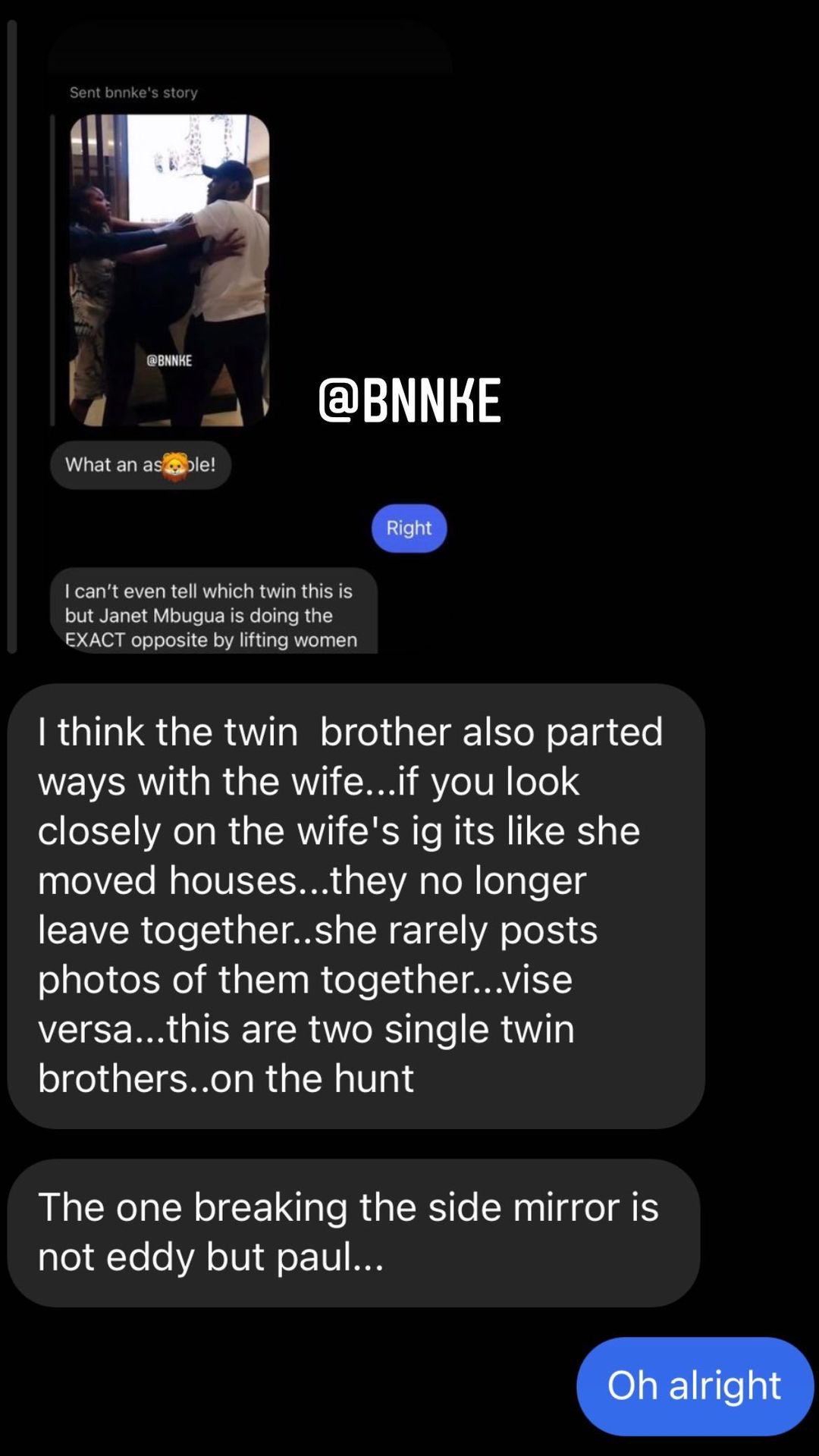 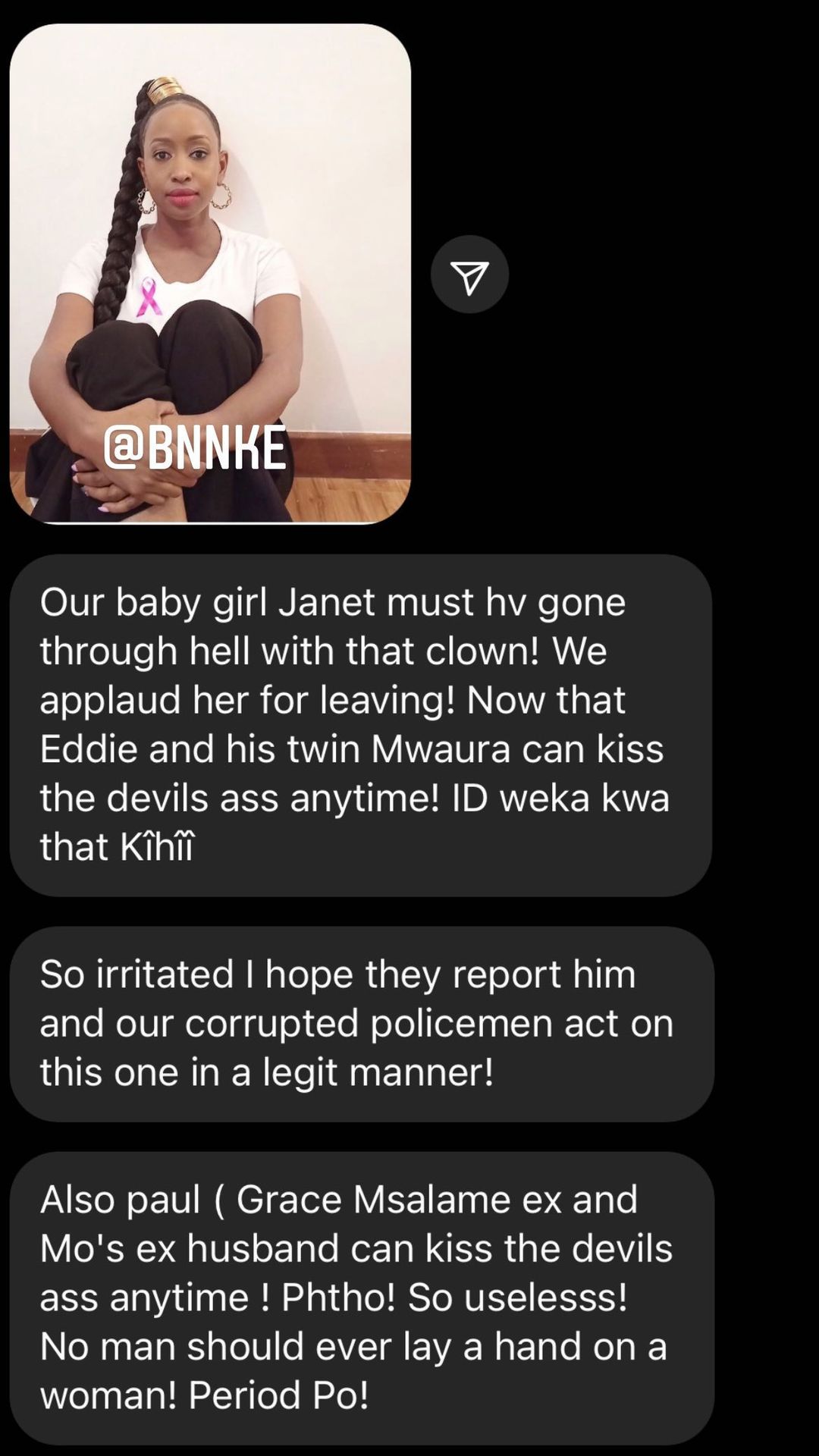 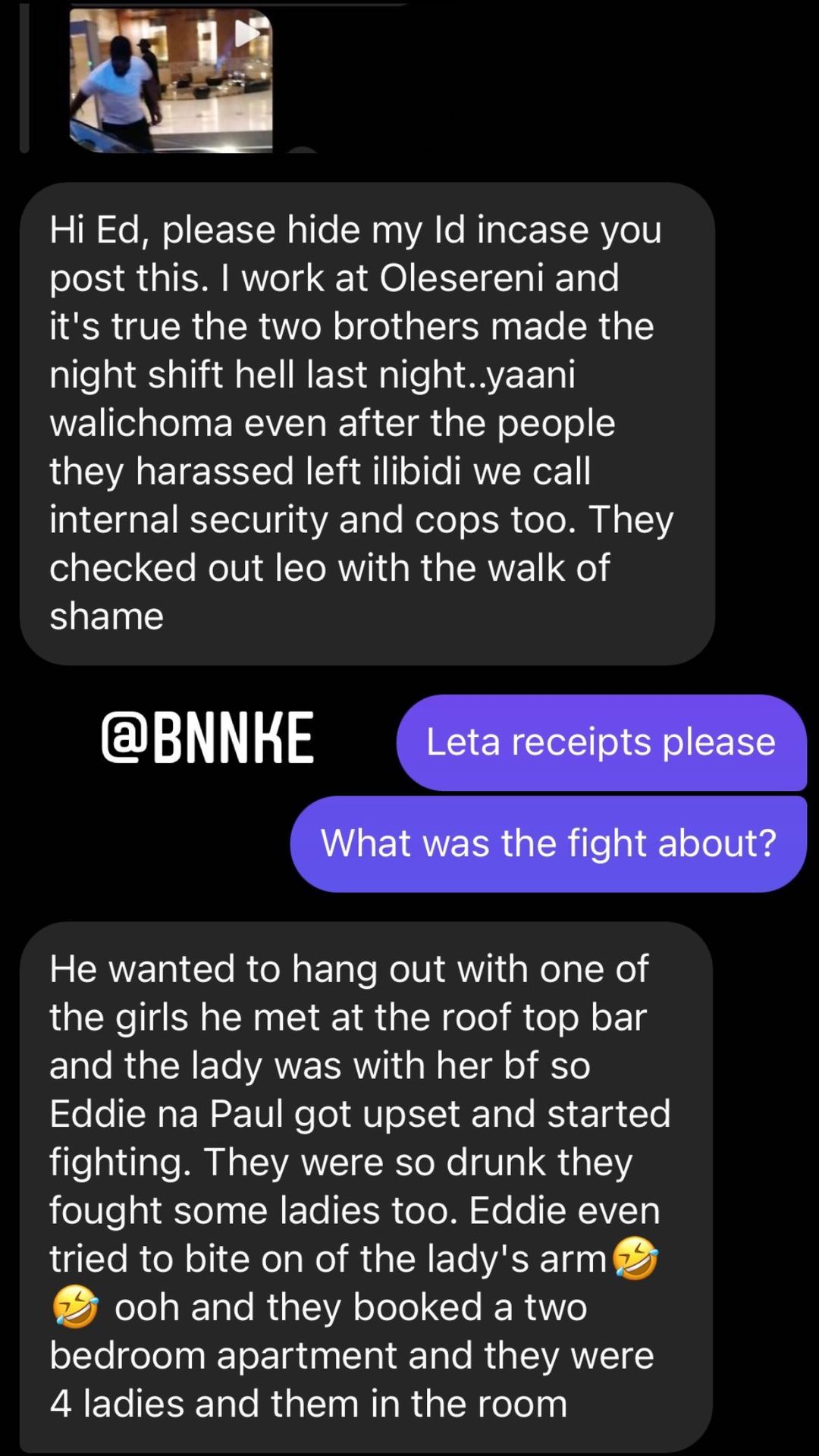 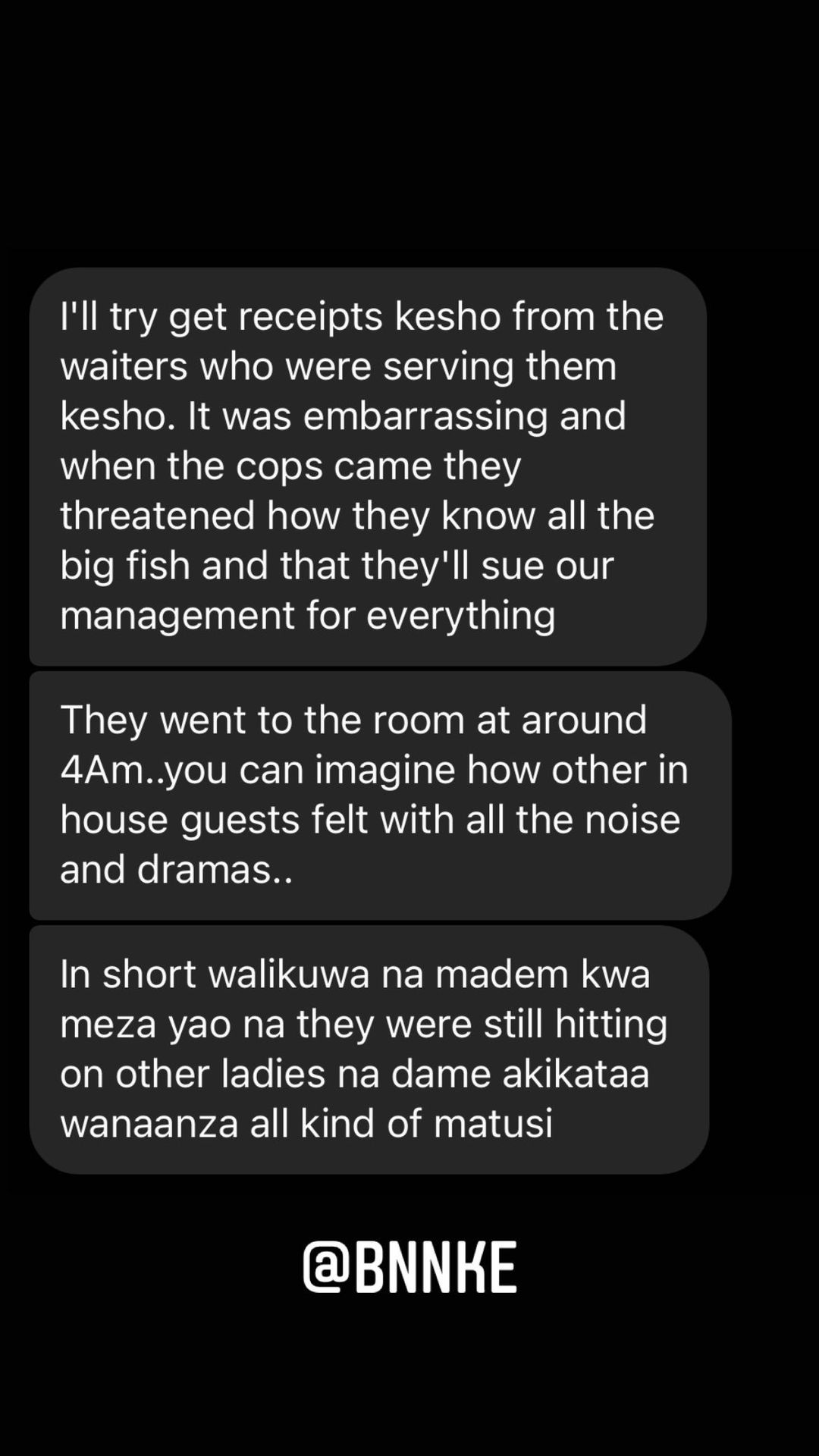 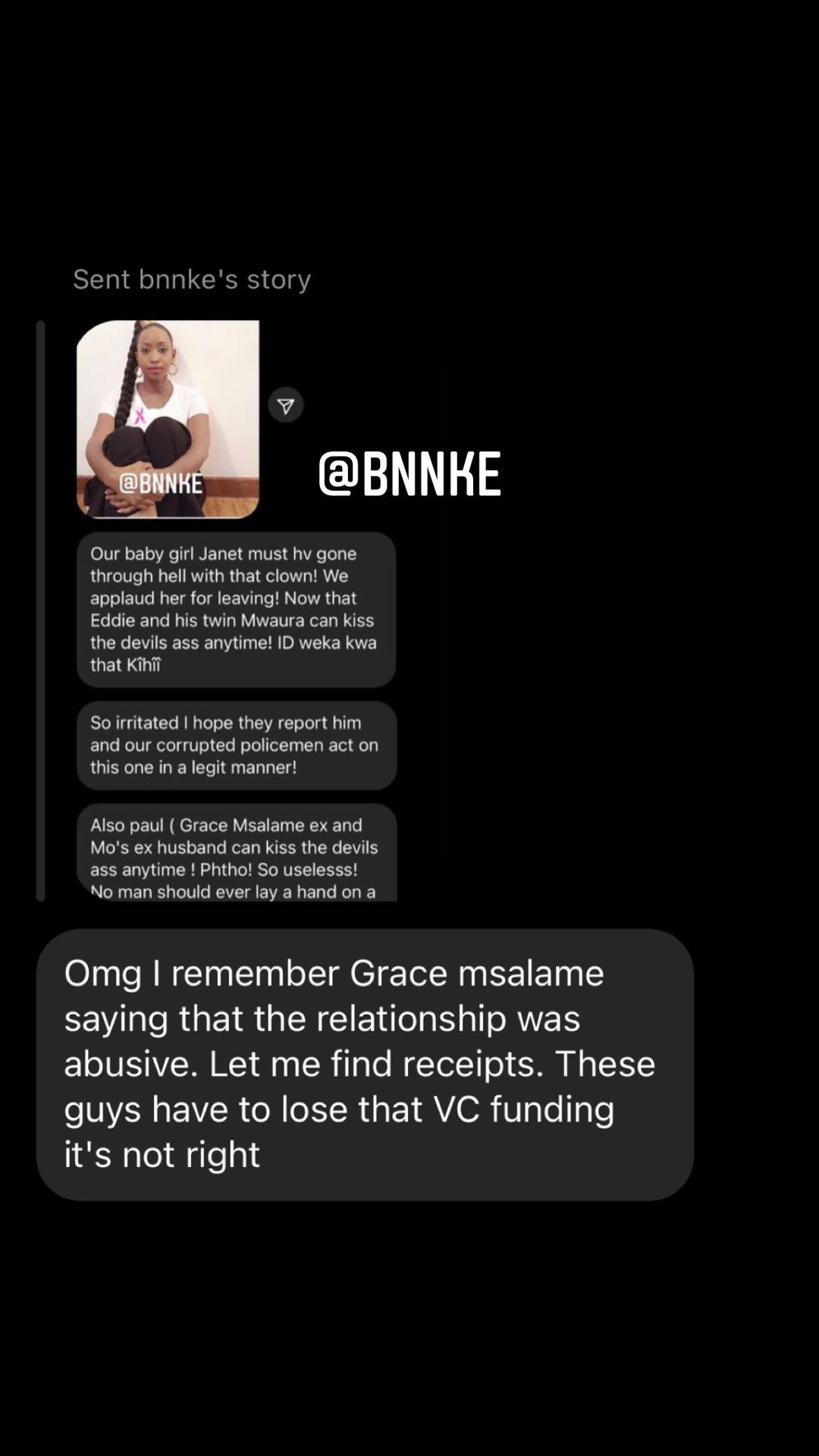 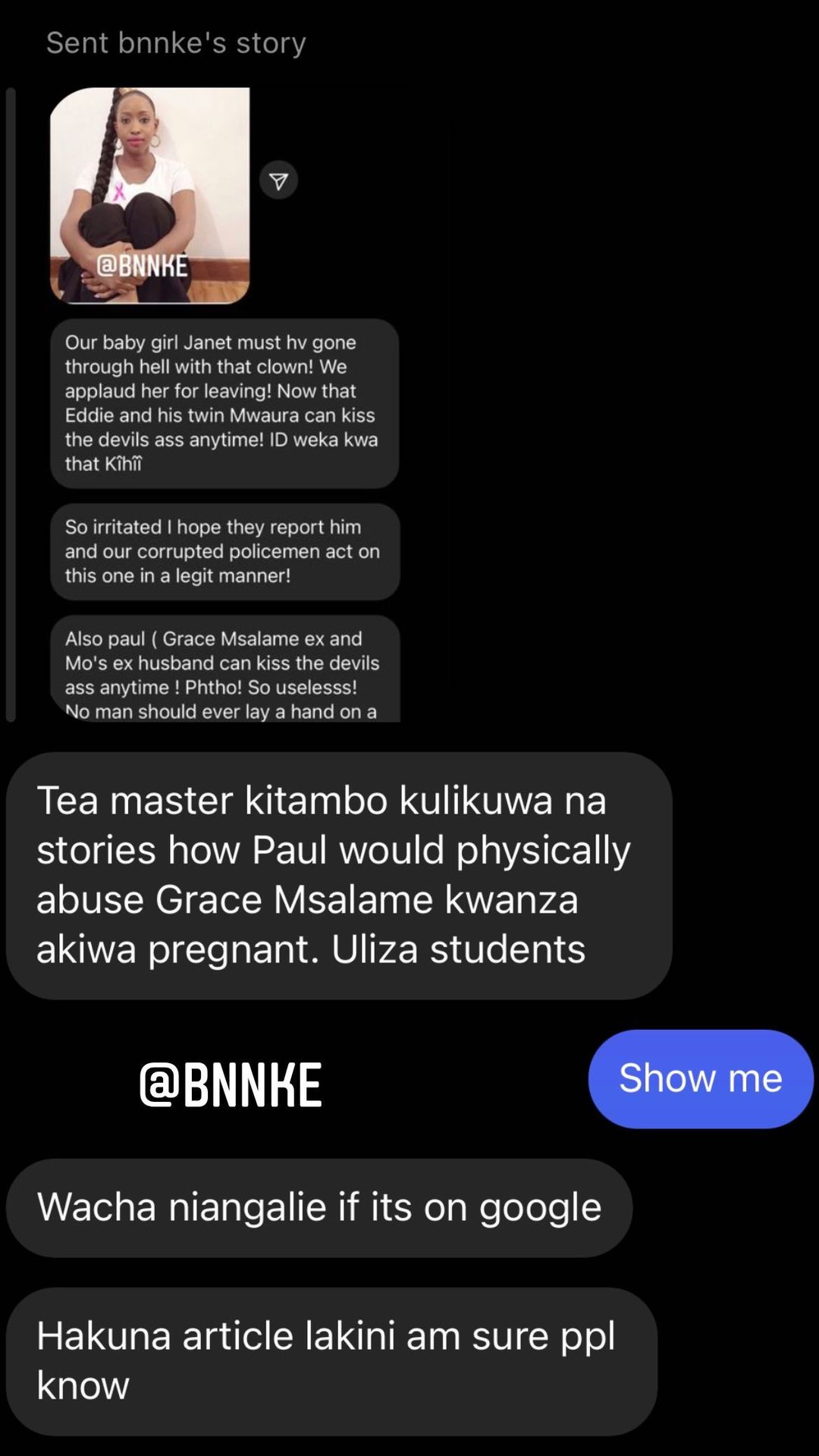 Related: Trouble In Paradise: Janet Mbugua And Husband Delete Each Other Photos As Their Marriage Hit Rock Bottom