More
HomeNewsDrama As Ruto's Ally Is Subjected To An English Lesson During National... 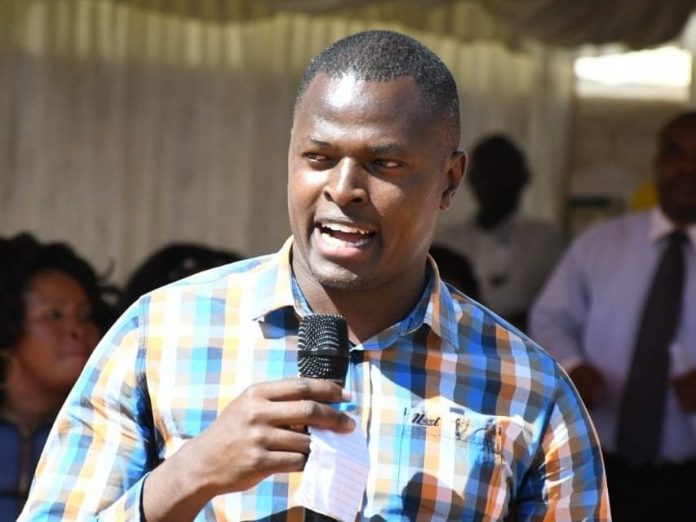 The plenary sitting in the National Assembly on Tuesday was filled with drama as the lawmakers tried to solve the issue of who is the majority in the August House.

Lawmakers from both Azimio-OKA and Kenya Kwanza argued out their points in all manner they could by even likening the coalitions to good and toxic marriages in a bid to convince the Speaker, Moses Wetang’ula, on who should take up the majority powerful slots.

The heated argument saw Kiharu MP Ndindi Nyoro subjected to an English lesson from Gem MP Elisha Ochieng’ who could not  stand him making errors.

In his argument, Nyoro  said that members of opposition formulated party laws that have now put the speaker in a difficult position. This was when the parliament was called from recess to amend political laws.

According to him, President William Ruto’s allies were downcast because their opponents felt powerful [due to their close ties with the then sitting head of state.]

“I remember very well when we were called from recess Mr. Speaker to come and discuss the amendment of the political act Mr. Speaker, we looked subdued then because we were facing people in this house who were chest thumping telling us they are the system and their way was the highway. Mr. Speaker we advise them that it is important that this house continues to make laws for posterity and for the good of all. Unfortunately Mr. Speaker, the bad law that they passed has put them in a situation that you are in today,” Nyoro said.

“The question in this house is on which and  who is the majority. This is very clear, we have Kenya Kwanza where I belong, very organized there are agreements of the coalition  of the constituent parties. We went to the elections and the parties that make the coalition emerged victorious in so far as the majority is concerned. Mr. Speaker it has been said there but it is good for me to put to record that UDA, the party where I belong, we have 145 MPs, Ford Kenya 6 MPs…” Nyoro added before he was interrupted on a point of order from Ochieng’ who asked him to speak good English.

“As one of the celebrated MPs from Gem I want to remind my brother of phonetics you can’t use on or to, you must be clear on the language you are using, speak good English please,” he said as the members of the National Assembly burst into laughter.

Nyoro however proceeded with his presentation. The National Assembly speaker will rule on the matter on Thursday.