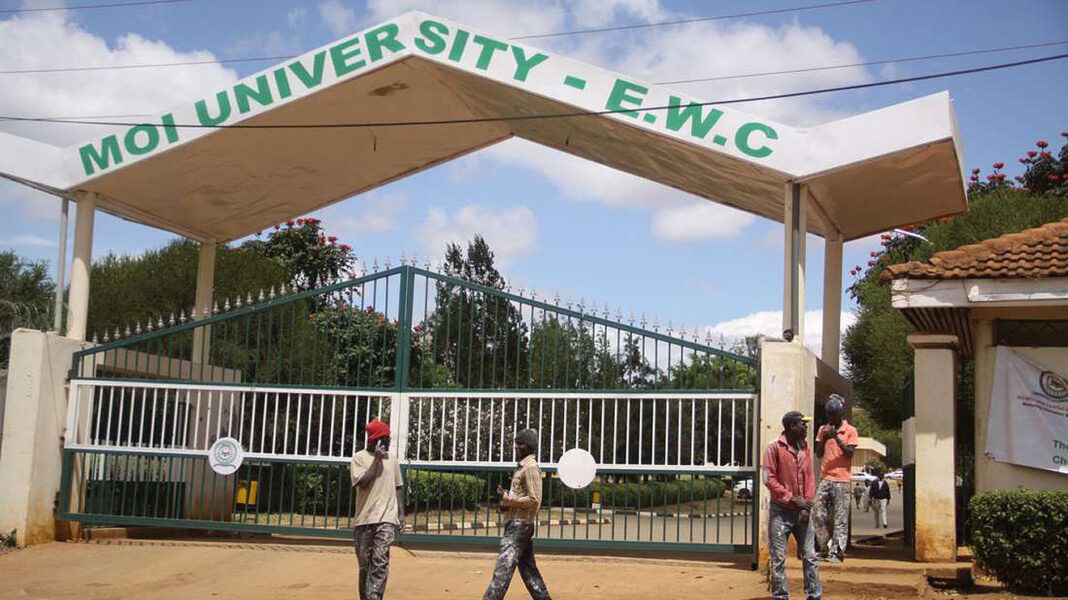 Moi University doctor lecturers have issued a 14-day strike notice to the university’s management for failing to pay their allowances.

The lecturers have planned to down their tools since the institution has failed to address their grievances for over two years.

Through the Kenya Medical Practitioners Pharmaceutical and Dentist’s Board (KMPDU), the lecturers have claimed that the institution has not paid them clinical allowances  since July 2019 to March 2021.

They are also complaining about the exclusion of doctors working in College of Health Services (CHS) from clinical allowances payment since 2017.

“KMPDU notes with serious concern that despite the continuous engagements with the Moi University Management and other relevant stakeholders to address matters affecting lecturers at the college, the concerned parties have persistently dragged and remained non-committal to issues raised for over 2 years,”  KMPDU Secretary-General Dr. Davji Atella said in a letter to the university.

Other issues raised by the lecturers include; Failure to remit statutory deductions, lack of promotions, understaffing at Moi University College of Health Sciences and failure to sign a recognition agreement between KMPDU and Moi University.

They have however said they are open to discussion before the lapse of the strike notice which is on November 28, 2021.

Towards the end of last month, learning at the institution was paralyzed after the staff downed their tools in protest over salary delays and failure by the institution to implement the  2017/2021 Collective Bargain Agreement (CBA)

“At its special meeting, held on Wednesday 27th October 2021, Senate resolved to suspend teaching and learning activities at Main Campus indefinitely due to the industrial action by the University Staff which has affected University operations. Subsequently, students at the Main Campus are directed to vacate the hostels and leave University premises by 12.00 Noon on Thursday 28th October, 2021,” read part of the memo to the students.

RELATED STORY:Broke Moi University To Resume Learning On This Date