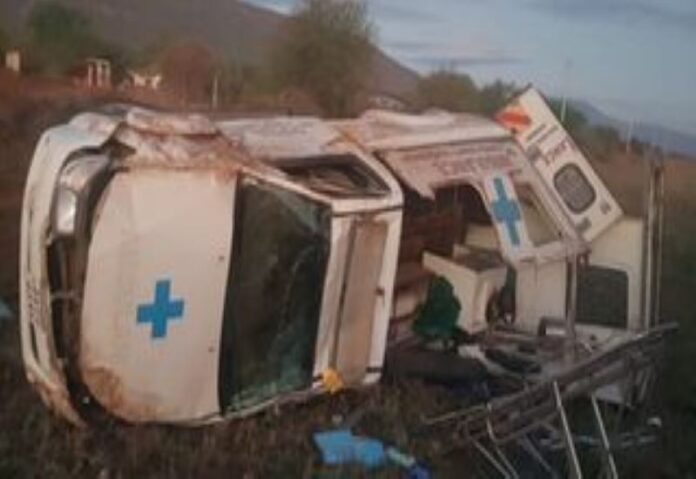 A Covid-19 patient died on Sunday after being involved in a fatal accident involving the ambulance that was ferrying him.

The speeding ambulance rolled several times along Nairobi Mombasa road at a place called Ndara. The patient passed on at the Moi County Referral Hospital in Taita Taveta county while receiving treatment.

The other three occupants of the vehicle sustained injuries and were treated then discharged. They were the nurse, the driver and a relative of the patient.

The vehicle was headed to Wesu hospital in Wundanyi Constituency at the time the unfortunate accident happened.

The patient had previously developed breathing complications and was referred to the Coast General Hospital. However, the hospital did not manage to treat him.

Health executive for Taita Taveta County Mr. John Mwakima said that the accident was caused when the driver lost its controlled and rolled many times. He did not understand why the patient could not be attended to at the Coast general hospital.

The ministry of health had recently recommended that patients should be treated locally without being transferred to other counties. It remains unclear why this patient had to be transferred all the way from Coast General Hospital to Wesu hospital in Wundanyi.