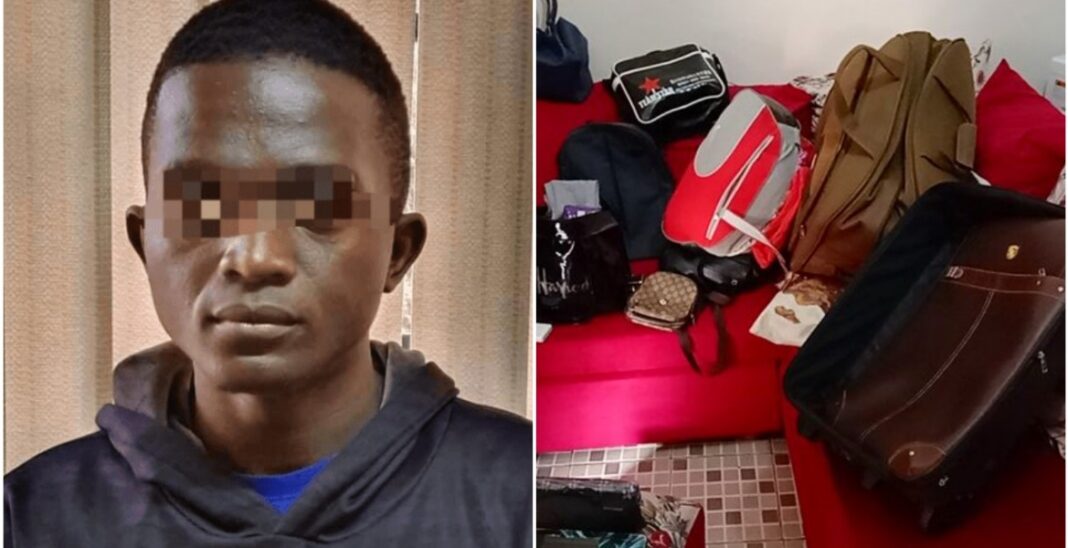 Criminal detectives pounced on a fake sponsor on the wee hours of Saturday Morning for allegedly luring young girls to lodgings and robbing them.

Rashid Barasa Omari has been masquerading as a sponsor in a bid to make them fall for him. The man timed the vulnerable girls whenever they made comments on a famous advert for tours and travels.

According to a report by the Directorate of Criminal Investigations, Rashid posed as a rich businessman in many occasions. He made the girls believe that he would not only cater for their lavish lifestyles but also sponsor them by giving them money.

Being cunning in nature, Rashid went to the extent of confusing these ladies further by sending them enough transport. After that, they would proceed to lodgings in Nairobi where he robbed them all their valuable assets such as phones, laptops, purses and money.

Acting from a tip off from the public, Rashid Abdalla was arrested and frogmarched to his house. The detectives managed to recover most of the items he robbed from his victims.