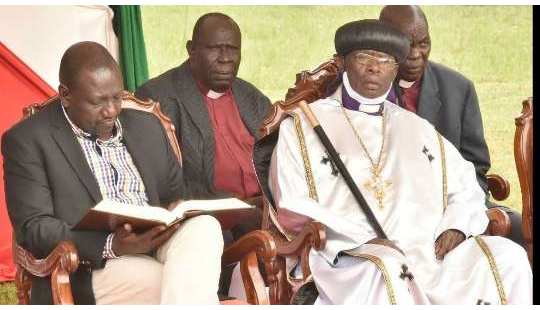 Father John Pesa of the Holy Ghost Coptic Church of Africa, who became famous after his controversial summon that King Solomon Killed Goliath during a visit to Deputy President William Ruto’s Surgoi home, has landed in trouble for detaining a man for 25 months in church.

Court has ordered father John Pesa to pay 21-year-old man Sh500,000 for chaining him for more than 25 months.

According to court proceedings, Justice Thripsisa Cherere in his ruling said that the man of God together with one of the man’s parents violated his right of freedom by inhumanly detaining him within the church premises for more than two years. 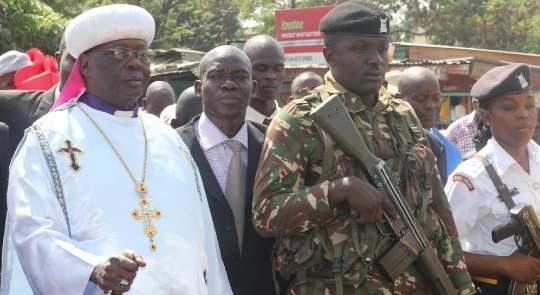 The court was told that the young man code named S.O.O failed to sit for his national exams after he was held incommunicado by the priest.

The priest and told the court that he indeed detained the young man within his church premises for spiritual healing between the month of July 2, 2017 to May 2019 when the man got his freedom back. The court was informed that the detention of S.O.O at the church denied him freedom of movement and was a violation of his rights to health, education and freedom from torture.

“From the material before me, I find that the removal from school of S.O.O in the year he was to sit his Kenya Certificate of Secondary Education (KCSE) examination, and his confinement at the first respondent’s church by the second and third respondents subjected him to psychological torture,” Justice Cherere said in her ruling. 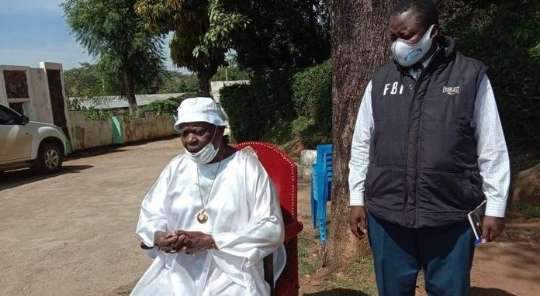 The genesis of the man’s troubles began when his academic performance took a dive, prompting his teachers to ask his parents to consider spiritual healing for an apparent mental illness.

The teachers’ advice prompted one of the parents to take him to Father John Pesa who chained him inside on the houses within the church compound until May, 2019. His detention happened only a few months before he sat for his KCSE exams in 2017.

He was never to do his examinations as he was in chains at the Holy Ghost Coptic Church of Africa.

His prolonged stay at the church compound forced one of his parents to seek the help of a Human Rights body, where they found him in chains. The young man was diagnosed with acute psychotic episode, an illusion illness that can be a one-time occurrence and has seen been receiving psychiatric treatment.