Beyonce dominated nominations for the 2021 Grammy Awards on Tuesday in a field that favoured alternative artists over mainstream musicians.Beyonce’s nine nods made her...
Read more
Home Death Police officer dies after drinking with a woman for whole night
Death
October 25, 2020

Police officer dies after drinking with a woman for whole night 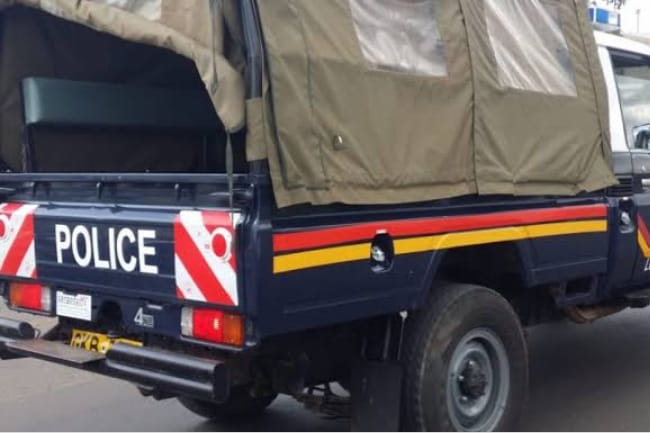 Police in Igembe South, Meru county are investigating the mysterious death of a male police officer who died after a drinking spree with a female friend on Friday night.
According to a police report, the late Robert Kaumbuthu, who was attached to Kanuni police post of Maua Police station, was with a lady identified as  Sarah Kagendo Muriungi, whom they spent time with, drinking in a bar within Maua township up to the wee hours of Saturday morning.
,
According to the report the two then left to go and spend the night in the lady’s house.
It is at the house where the late officer started complaining of stomach pains.
However, the pains became unbearable and no medication could alleviate it.
“He was later rushed to Nyambene Sub County hospital where he was pronounced dead on arrival,” the report reads in part.
The body is currently preserved at the same hospital mortuary awaiting postmortem, while the lady is held by police to assist in investigation.
Maua town residents wondered why the bar was open at 3am, while curfew starts at 11pm.
Isaac Kimathi, a resident, said that although the cause of death was yet to be established, had the curfew been observed, the death could not have occurred.

He called upon the Sub county Police boss to ensure the public adheres to the Anti-Coronavirus rules in efforts to stem the spread of the disease.
“The law enforcers are the ones breaking the law. How then do they expect the public to take Covid-19 rules seriously?” Kimathi said.
- Advertisement -

VIDEO-Man Dies While Seated In An Embassava Matatu Near Cabanas

An unidentified man has shocked many motorists near Cabanas, Mombasa road after passing on suddenly while seated in an Embassava matatu.In what is suspected...
Read more
Crime

A Class 8 girl is being held at the Masii Police Station in Machakos County for allegedly strangling a 15 year old girl to...
Read more
Death

Iota’s death toll rose to over 30 on Wednesday after the storm unleashed mudslides, smashed infrastructure and left thousands homeless in its wake across...
Read more
Crime

The Covid-19 pandemic has so far claimed the lives of 13 principals since the reopening of schools began in early October.This announcement was made...
Read more