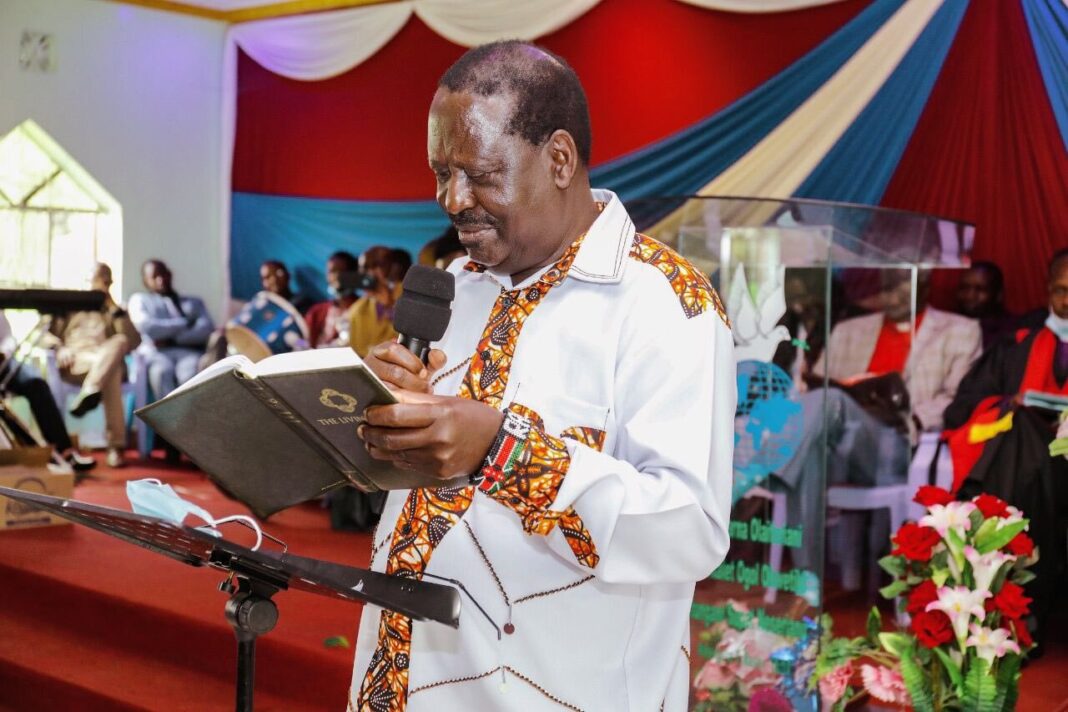 Archbishop of the Anglican Church of Kenya Jackson Ole Sapit blocked Raila, Mudavadi, Wetangula and other politicians from speaking at a church function in Butere.

Sapit was attending the consecration of Rev. Rose Okeno as the Bishop of the Butere Diocese at the Butere Girls Secondary School Kakamega County where several politicians were in attendance.

The Sunday September 12th event was particularly interesting as the Anglican archbishop stated that he would not allow any political comments during the church service.

Ole Sapit further disclosed that leaders would only be allowed to worship at the church and leave quietly just like other members of the congregation.

The decree by Anglican church leader prompted Mudavadi and Wetangula to walk out of the event. They were disappointed that they would not be given a chance to talk.

The ANC leader and his Ford Kenya counterpart boarded their chopper to Murang’a where they attended another church function.

However, Raila and his brigade stayed put until the end of the church service prompting Ole Sapit to commend the former Prime Minister for his patience.

Contrary to reporting from sections of the media, Rt Hon @RailaOdinga stayed until the end of the service in Butere and did not walk out when some leaders did pic.twitter.com/F5qW5Aq7m6

While addressing the press after the church service, Raila’s allies were quick to condemn Mudavadi and Wetangula for walking out of the function.

The ban by Ole Sapit comes at the time when tension between ODM and ANC is simmering. Both factions have had a go at each other, airing out their political differences not only on the pulpit but also in the media.

Related: Senator Cleophas Malala Calls On Police To Arrest Raila For What He Did In Kakamega