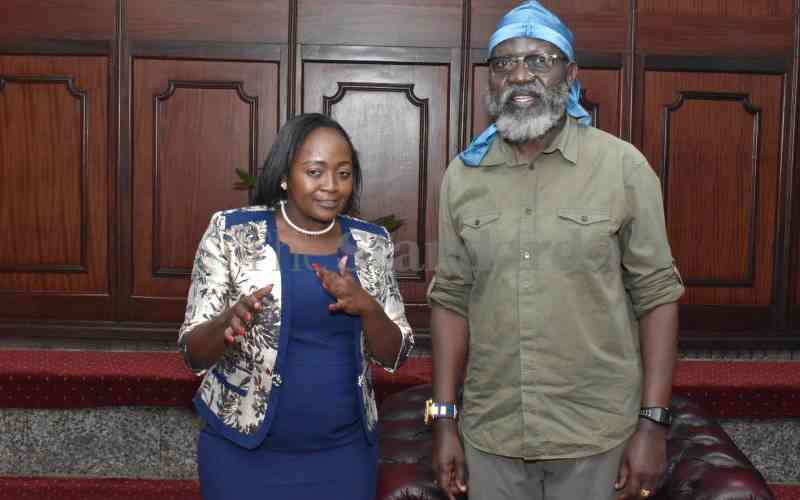 Days after political waves seemed to be dismantling the Roots Party, Deputy Presidential Hopeful Justina Wamae has maintained that the political party is still strong and kicking.

In an interview with Mutembei TV, the deputy presidential hopeful explained the circumstances under which Wajackoya was ‘captured endorsing’ Raila.

“Kenyans, our party is strong. There were allegations that prof was supporting Azimio but you can not support your competitor. What Prof. did, there is something called global exposure. Out there people don’t fight because of personalities but because of ideologies. So he was giving the history of how he knows other people. Unfortunately, he was only captured on the Azimio part,”  Justina said.

She assured their supporters that they will still be on the ballot and maintained that they were not dissolving their party to support any other candidate for presidency.

Reports have however emerged that Wajacckoya was attending Azimio’s final rally at the Kasarani sports ground. 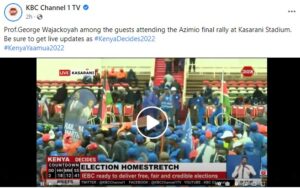 A spot check however confirmed that it was not the actual Wajackoya but his look alike identified as Gordon.

Several netizens have however claimed that Gordon is actually Wajackoya and he had just disguised himself.